This is my very first post on the forum after weeks of founding other solutions on here (thanks for that!), so I'm pretty sure you guys can help me out! I'm a C4D user and really interested in using houdini. I'm slowly starting off by making some simple animations (mostly still using the shelf tools) and I really love it so far! The problem I'm having right now is something I've been trying to understand for the last 4 days. It seems that I just can't get it to work!

So here's the thing: I made a FEM simulation with some geo I imported through a file node. Now I'm done with the simulation (some flexible falling/bouncing pencils), and I would like to export it to C4D to do my texturing and rendering. I exported the sim as a single alembic file containing the animation using the Alembic ROP. When I try to import it in Cinema 4D, the alembic file works and the animation plays just fine. Only when I try to edit the selection sets it won't let me. Even when I try to bake the alembic to PLA, it doesn't do anything.

What am I doing wrong here? This should be possible, right? 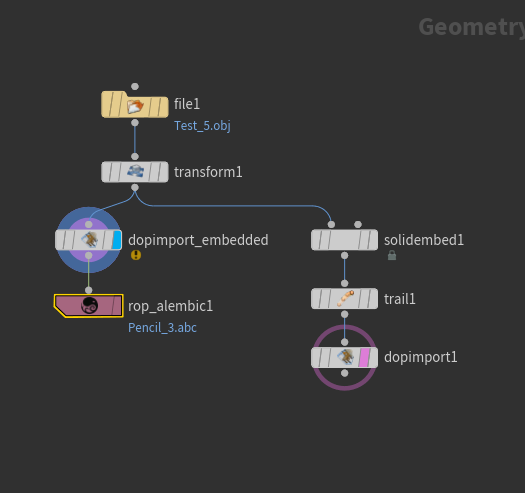 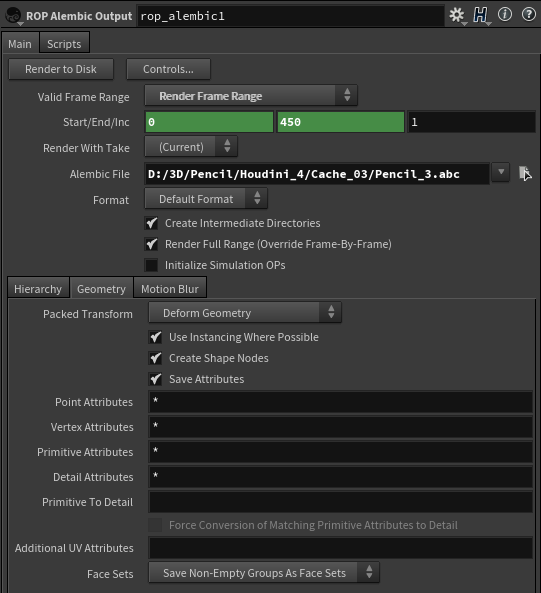 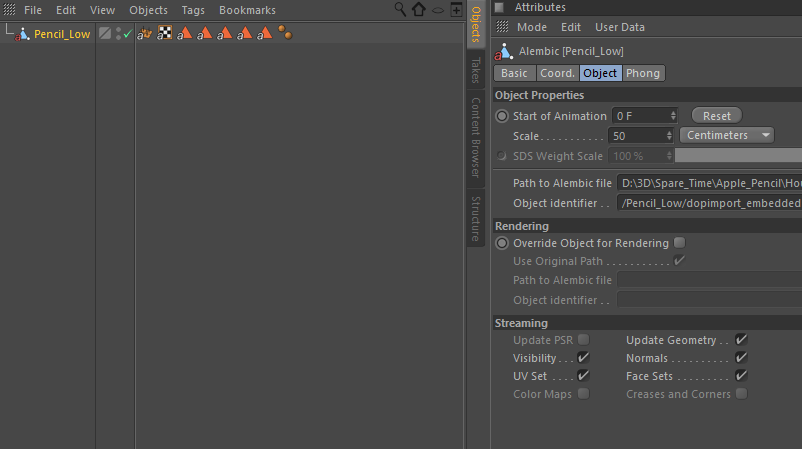 In the meanwhile I solved it using some help. Here's how to do it if someone comes across the same issue: The alembic file was perfectly fine, I just applied the materials in an incorrect way. When you apply a material to the object, then select this material and drag the desired selection triangle icon to the “Selection” slot in the material properties. Then everything will work just fine and there's no need to convert it to editable geo.

Hope it helps!
RizonParein
Hi Wessel, I saw your post on C4Dcafé too :-) I'm struggling with how to create those selection sets when exporting the alembic file. I have a group of scattered objects and it imports with only one selection set for all geo, would like to texture the objects individually. Any hints? Thanks.
This is a "lo-fi" version of our main content. To view the full version with more information, formatting and images, please click here.
Powered by DjangoBB