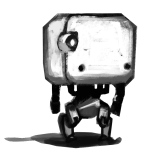 I'm checking out Houdini Apprentice and love it so far. I'm following the First Step tutorial videos provided and am on the third example of the first video in which Ari is showing how particle systems work. I'm attempting to follow along, but when I try to add a pop network into my sphere object, Houdini throws an error. This error:

I was running version 13.0.237 but just updated to .314 and I get the same error. Has something changed since the tutorial was created in regards to POPs or is this a bug? I've attached my simple file in case anyone wants to try to replicate the issue. Thanks for any help in advance.

So I'm fairly new to Houdini and Renderman in general. I'm now working on my second Houdini project and I'm interested in using some Renderman Light shaders. My basic question is, how/where do light shaders get implemented? My initial thought was that the shader would somehow be referenced by a spot that I created in the scene but that doesn't seem to be right. Secondly, through my readings of Renderman, most of the books talk about translating a light source by moving the coord system. I was assuming that was when you were rendering directly from a rib, not within houdini? Am I wrong? Do I really have to code the light's position to place it into my scene? Clarifications appreciated!