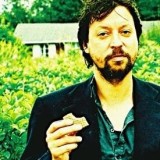 Congrats to everyone, to the winners, other ironhearts, everyone who just tried for a little! It was so much fun. I had my constraints set, aside from the daily prompts, made my life a bit more harder - it had to involve Absinthe Gummy Rabbits, it is a joke from a show I am currently working on. And also it had to have an original soundtrack, the four bar loop, I wrote that day. A lot of insane electronic music ideas, working after hours, instead of real work sometimes, looking with envy other entries and learning tons of new stuff. Discovering Houdini was so important part of my artistic growth, so kudos to Sidefx team for such an amazing engineering, imagination, dedication and inspiration. Also kudos to all the artists out there, scientists and generally creatives who are pushing the boundaries of the computer graphics and human imagination.