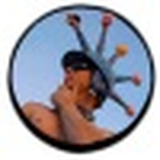 So I hadn't looked at the Unity plugin before, but it appears that it does provide things that would address this request.

After having perused the C# codebase for that plugin this weekend I went back to the Unreal plugin, and I now see that we can probably use the existing types quite well (and probably should). So rather than my stripped down reflection-less parameter setters, we could stay with the existing design that provides a unique parameter class for different types.

I'll admit that your classes being defined to work within Unreal's UOBject/AActor model is mostly overhead/confusing for my specific use-case, but it's minimal.

Furthermore, I understand that it's the way things are done if you want to expose things to Slate/Blueprint, and have them do asset serialization. It's not ideal that I need a to instantiate both a Houdini actor and Houdini component to get some baked geometry data out of a Houdini asset (when I have no intention of keeping any Houdini entities around after the bake), but I can live with that.

It does leave the question of how to expose this functionality to C++. It appears the C# Unity plugin took the approach of making everything public. I'd rather not see this happen for the C++ Unreal plugin – why give us access to the piles and piles of UnrealEditor/Slate/Blueprint related methods that have to be public in a class for Unreal purposes?

But I guess that's tantamount to asking you to define an additional interface for each class in your plugin, akin to:

I think that's the right thing to do, but it's a lot extra (boilerplate-ish) work for you guys.

Note, this post is mentioned in GitHub issue 34 [github.com]

(…let me first say that your work on this plugin is fantastic. I already enjoyed the quality of the code (it's very useful when learning UE4 plugin development), but now that you're using Github and sharing your plugin roadmap and development process, I'm even more impressed.)

With the compliments out of the way… :wink:

(…to paraphrase Mark Twain: “I didn't have time to write a short post, so I wrote a long one instead.” My apologies.)

I'm wondering if you have any thoughts on C++ access to plugin functionality.

Currently we can manually create and tweak Houdini assets within the editor, with some additonal programmability through Blueprint scripts. But at the C++ level, there's not much available.

The Public folders in the runtime and editor modules only provide a single header with some HAPI related functionality that I suspect can be made private (see GitHub issue 33 [github.com]).

To work around this, I patched our local branch of the plugin and made the Private folders public as well. That's obviously a dirty hack – about on par with doing #define private public in a header file – and I'd love to have a better solution quickly-ish.

There are two obvious responses:

Note, I do not work for SideFX. I just use the plugin and hope to contribute at some point.

While this forum is (and should remain) the central hub for discussions and questions about the Houdini Unreal plugin, remember that plugin development happens entirely in the open and you can see exactly what's happening on GitHub.

SideFX issues RFE tracking numbers, but remember those issues are only visible to you and SideFX - they miss out on any community input and collaborative development.

With increasing use of the plugin and growing potential for contributing back (open-source), I'd love for us to make use of Github Issue tracking and Github Pull Requests.

When you ask a question that results in new work (either to fix a bug, or to add a new feature), please consider opening up a Github issue alongside the forum thread you create here and any optional RFEs. It can be as simple as copy-pasting a link back to a forum thread over here.

Direct links for your convenience…