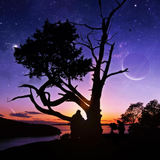 Unfortunately, in my case, there is no discrete graphics card, only Intel. My laptop is not that old, but every Mesa update makes Houdini work worse (Ubuntu 21.10 Mesa 21.2 Houdini doesn't even start) and it's not clear what to do about it. I tried to tell the Mesa developers about the problem, but they came to the conclusion that the problem is in Houdini (although it is not clear why then everything worked on older versions?).

And now I have some kind of circle of dependencies - I cannot use new Linux distributions because Houdini does not work, and I cannot use old ones because many other programs in use require updating Mesa to the newest available version.

With Windows, the situation is no better - I have very frequent BSODs (about 1 - 3 times a day), presumably due to NVME drive (in Linux, the same configuration works very stably) and impermissibly slow work (even every start of Houdini takes about 30 - 45 seconds , on Linux, starting Houdini even after a reboot is no longer than 10-15 seconds, delays when calling nodes and updating parameters, and so on with everything else in operation).

And I don't know what to do. Yes, I have a powerful work computer on which I do almost all the work, but even there not everything works well. I often find it much more convenient to start my laptop and check how some new idea or algorithm works, but with Windows I get a lot of annoyance when working with this operating system, and for Linux, problems with Mesa!

I'm already thinking about buying a new laptop, but there is no guarantee that everything will work as it should (and I cannot overpay for productive configurations with a dedicated video card, although in such cases you can get a lot of problems with drivers on Linux - and unacceptably slow work Windows)