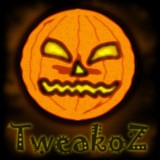 It's definitely preferable to support gestures without pressing, since pressing while dragging on the trackpad increases friction between your fingers and the trackpad - decreasing accuracy

I have written my own game level editor that works fairly well with the trackpad.
So I know its not too difficult to add this stuff.

Mac trackpads actually support tracking of up to 11 independent fingers with pressure and angle tracking. So they can be very expressive if used fully.

No middle mouse button.
I am willing to use a mouse sometimes, but its not always convenient.
I have already tried some of those event remapping programs, they don't work that well.
I would prefer it if Houdini had native support.