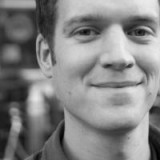 Ali Tezel
A camera sequencer similar or better than the one in maya.

FWIW: I've made ProSequencer, it's free and opensource and part of my toolkit: https://bitbucket.org/jcdeblok/jdb_houdinitoolkit/src/master/ [bitbucket.org]

It's a general sequencer that can switch viewport to cameras and do lots more. Basically you're free to use any of it's data to drive anything, useful for retiming stuff, tweaking mocap data ranges etc.

It's a shot manager as well, can generate mp4 previews, submit things to deadline and there is an still undocumented plugin system

Do rtfm cause there are a few things in there that are quite powerful but not directly obvious.

#hacktheplanet.. The default viewstate python expects a few nodes to be present relative to the node from kwargs, which is my HDA, so I've put them there using merge object nodes that get their content from the default mappoints node. That, and copy/pasting/changing a bit of python from the mappoints' PyhtonModule to my own HDA made it work. I can now map points directly from my HDA using the normal viewstate. All nice, but needless to say this workflow could use some attention

Running into some issues as well.. Trying to get an HDA to use the viewstate of a kinefx::mappoints node that's inside the HDA.

Promoted everything up as in the vimeo link, set the default view state in the hda to 'kinefx__mappoints' but this will only work for very simple viewstates.. any viewstate that uses any type of kwargs will endup with the wrong input.


This for example, this is the onEnter handler from \packages\kinefx\viewer_states\kinefx__mappoints.py:


Normally the kwargs["node"]will yield the mappoints node, but when triggered through the HDA it will give the HDA itself as node and things will fall apart downstream in the code.

I could make a copy if the viewstate py etc and modify it but I'd rather not since it's a hassle and rather leverage the one that ships with, and will works with, what ever the current version of kinefx::mappoints is.

So what's the best approach here?
VIEW ALL POSTS