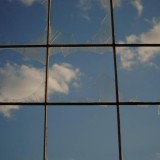 I've tested KarmaXPU on my M1 Ultra and even though it is only utilising the CPU, the speed is still very impressive for CPU only. So I can only imagine that being significantly better with the GPU compatibility.

I figured it out. The packages method seems to work. If anyone is interested.

Ok I was confused switching between CPU and XPU. XPU seemed faster than CPU so I thought it was using GPU.
VIEW ALL POSTS