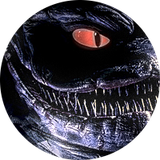 I have a huge problem with how network grid snapping works. I like to keep my networks tidy and laid out logically (to avoid spaghetti networks). Proper grid snapping is half of the success. The thing is, that for some reason (magical, I presume), operators always wander off grid points they were snapped to. There's always this teeny-weeny offset that is applied to operators within a network after a while of working with them. I tried to pinpoint the culprit by turning off some settings, like "make room for new nodes" and things like that, but I was unable to prevent this from happening. It seems that having nodes being offset after a while from the network grid is something inevitable. Just like death.

I don't know how ops positions are calculated internally, but there's something definitely wrong with it. I mean, what's the point of having network grid snapping if one can't keep the nodes snapped to it?

Is there a chance that network grid snapping could be improved in H20?

Can we perhaps get some support for WebP images in H20 and on our forum? They are becoming more and more popular on the Internet, supplanting JPEG images and to some degree 8-bit PNG images (WebP supports transparency and lossless compression).

Crustedink
is there a list somewhere with nodes that are not yet working with xpu?

Crustedink
struggling to get a 8bit png from karma that looks like a proper acescg to srgb conversion. in all my test the conversion didnt compensate the different primaries in srgb and aces and the colors where off. i not that rendering to 8bit srgb is stupid, but on this project its needed.

You can render to 32-bit EXR in ACEScg space and then batch convert the sequence to 8-bit sRGB either with ocioconvertor hoiiotool. The former ships with opencolorio-tools, the latter with Houdini. Or do the conversion in COPs.
VIEW ALL POSTS