Join us to discover how game studios use Houdini's procedural software to create content for games, virtual worlds and more. Many thanks to all of the artists that joined us for Houdini HIVE Gamedev online. 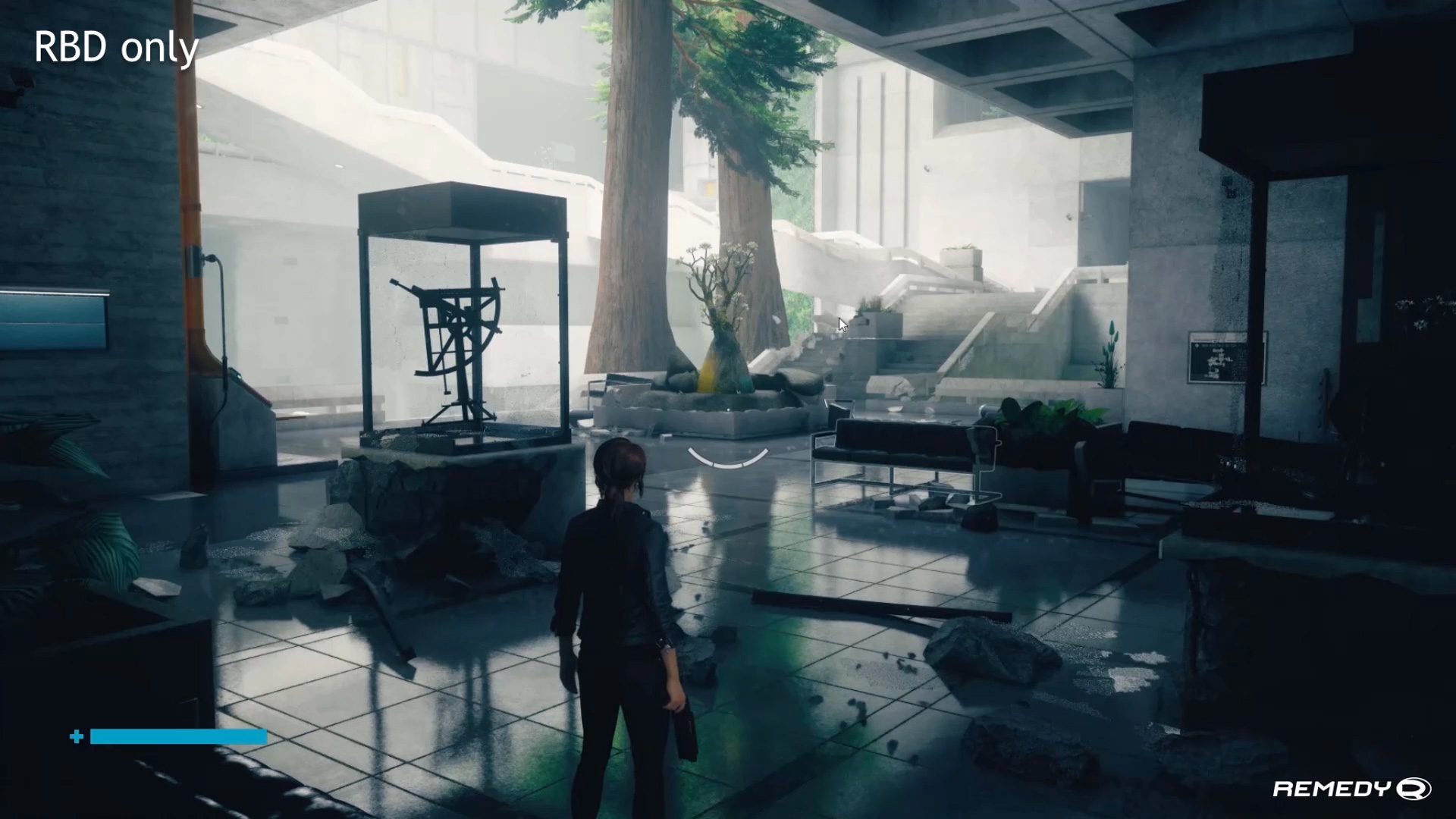 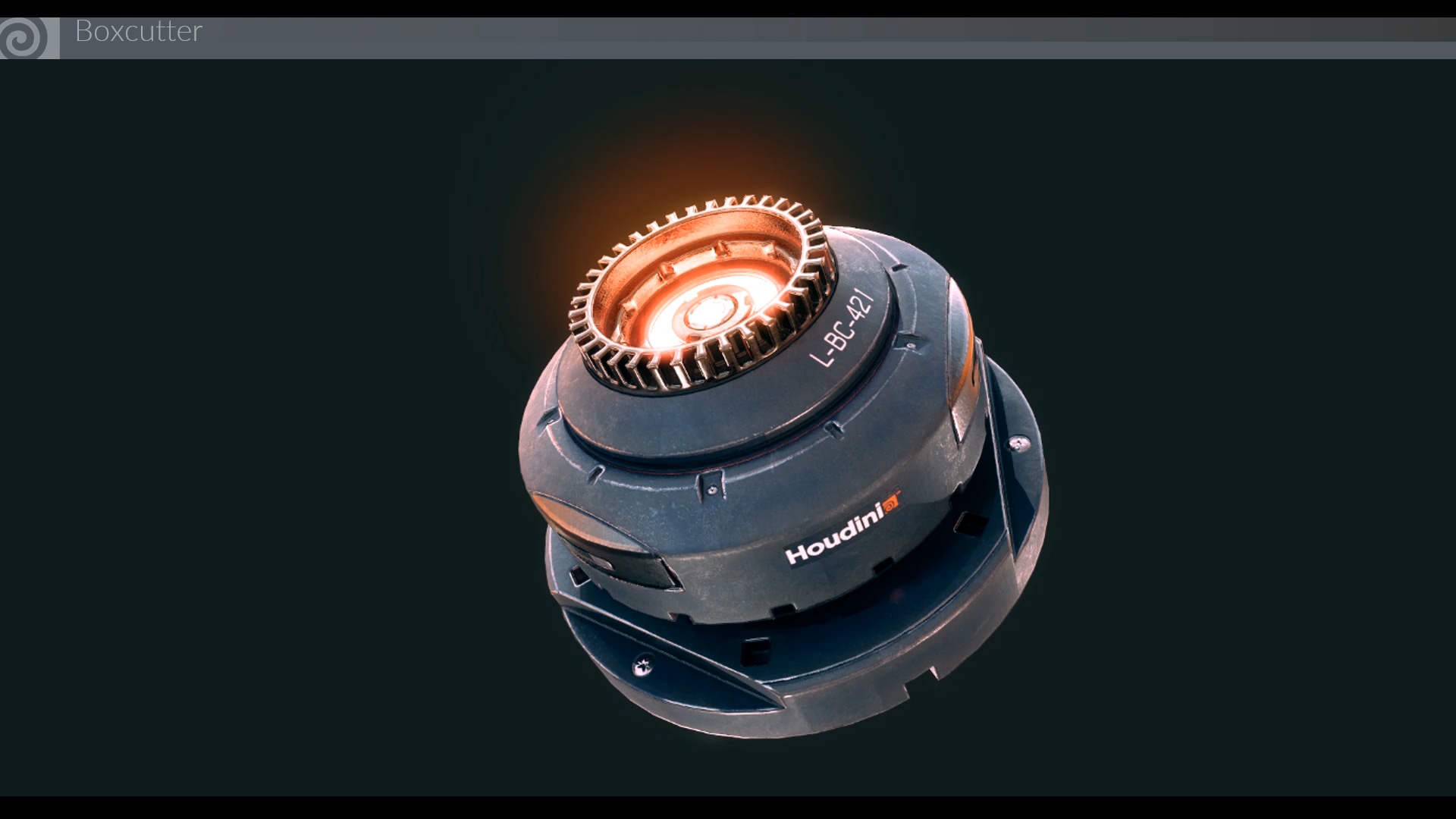 This presentation functions as a highlight of the changes to the toolset since last years GDC! Find out what the new tools are, how we've re-branded the GameDevelopmentToolset to SideFXLabs, and some other new improvements 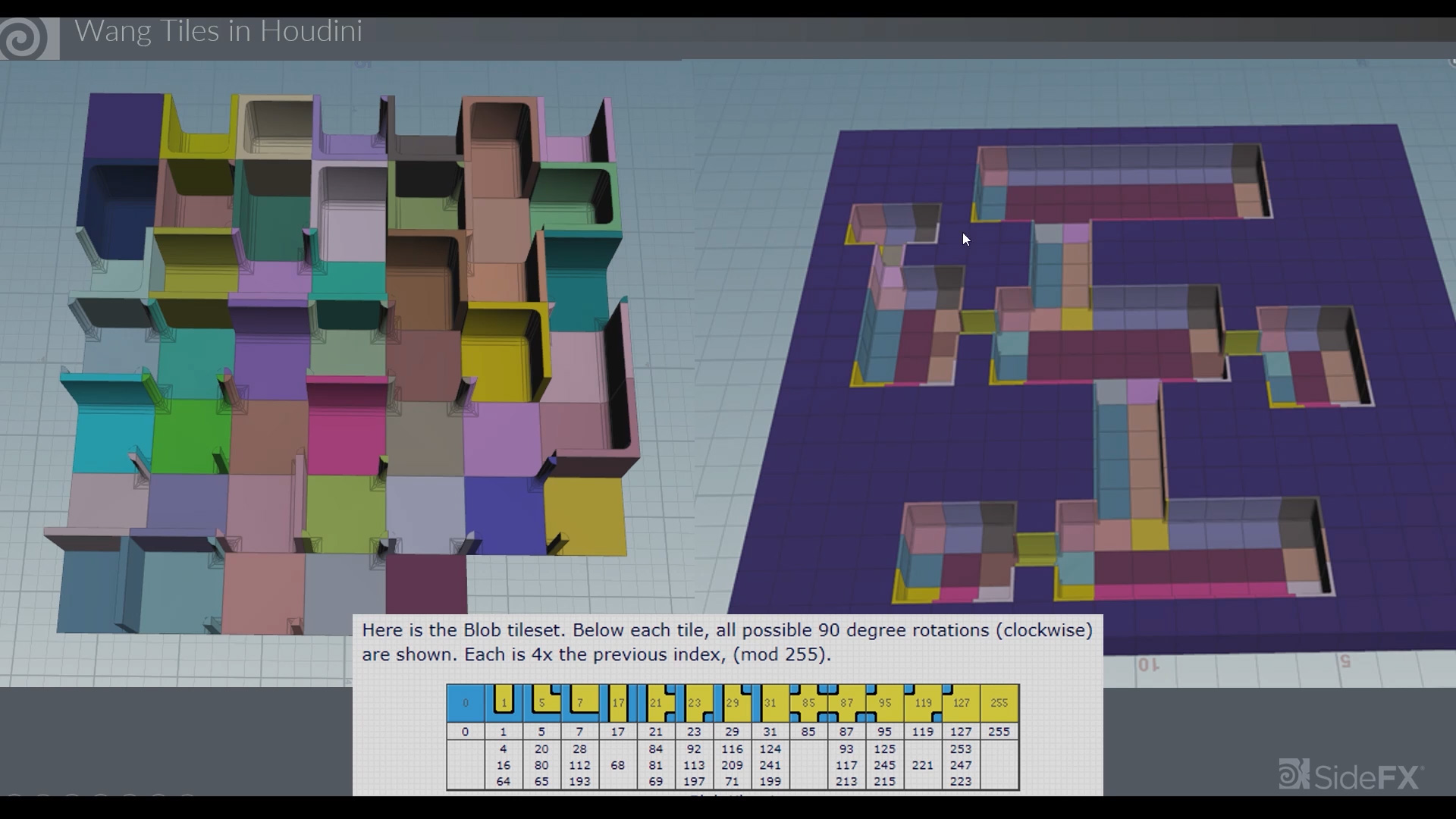 The WaveFunctionCollapse algorithm is an amazing piece of tech that can greatly increase your workflow in bitmap generation, level generation and overall content creation. In this talk we will explore how to expand upon this using Houdini's massive toolkit of built-in tools.  See how you can use PDG to parallelize content creation and supercharge creative workflows for artists.
PROJECT FILES 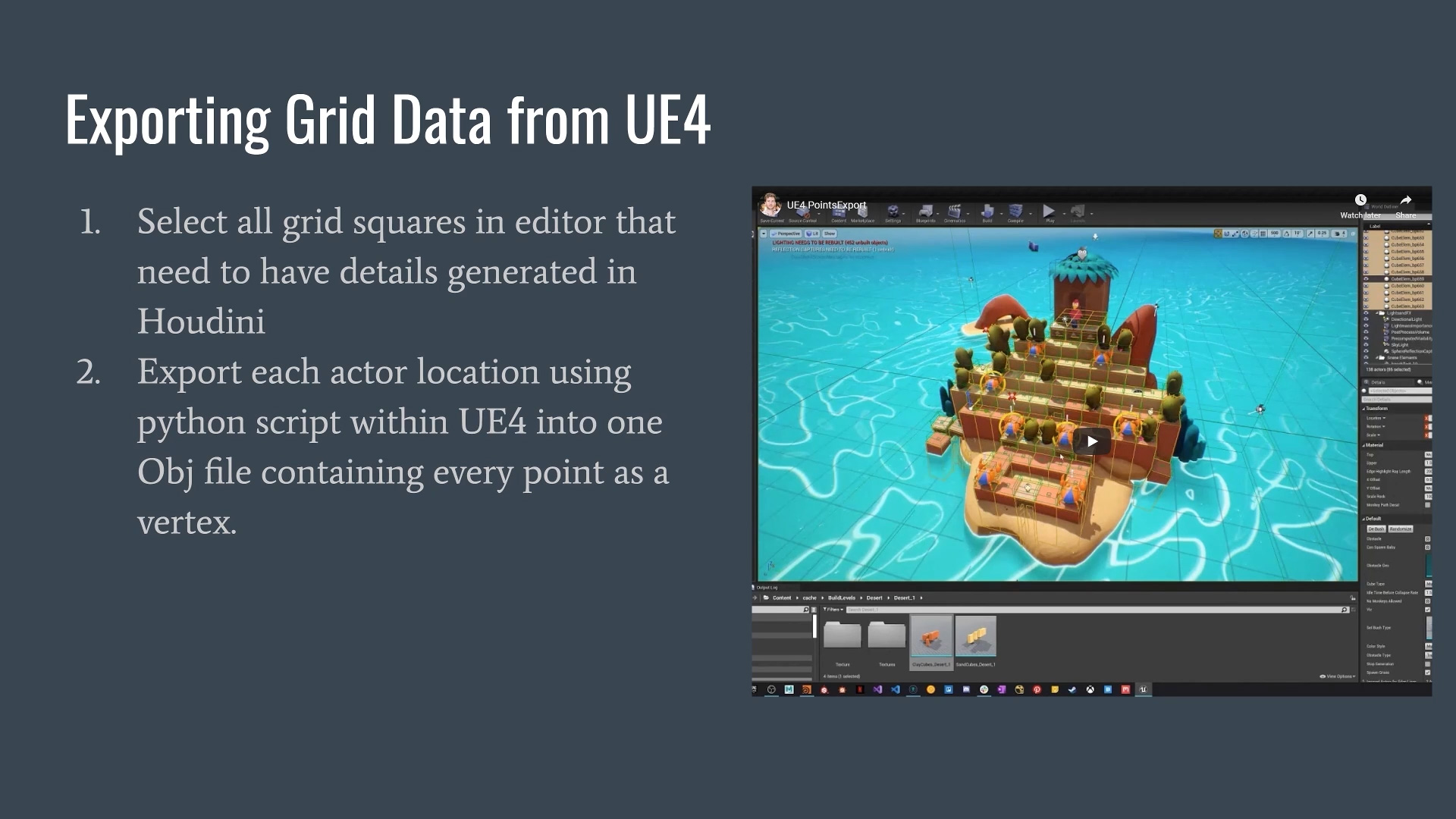 A behind-the-scenes look at how Houdini was used to generate level art for an isometric game developed in UE4. This talk will showcase techniques for automatically exporting 3D grid data from Unreal and importing it into Houdini to generate fully-realized levels. 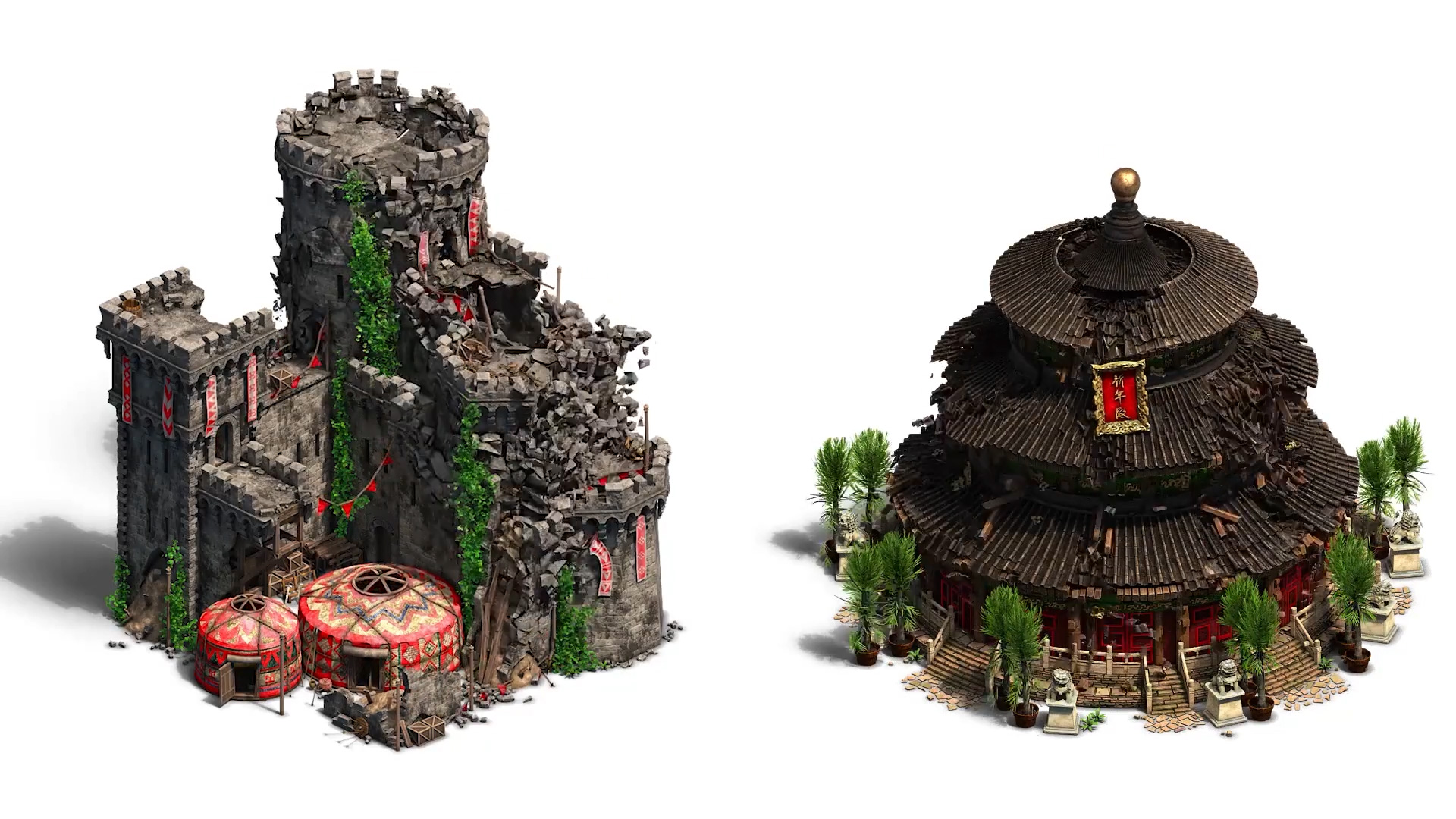 This video presentation steps through the process of the procedural building and siege weapon destruction for the Microsoft game: Age of Empire II Definitive Edition, using a tool we created within Houdini FX. Our tool took advantage of Houdini’s ability to create complex simulated effects using constraints on our 3D geometry and parameters isolating various construction materials that make up the look of the model. These materials were flagged to crumble, fracture and collapse at various staggered times and then were rendered out 360 degrees as sprites for each frame of destruction. 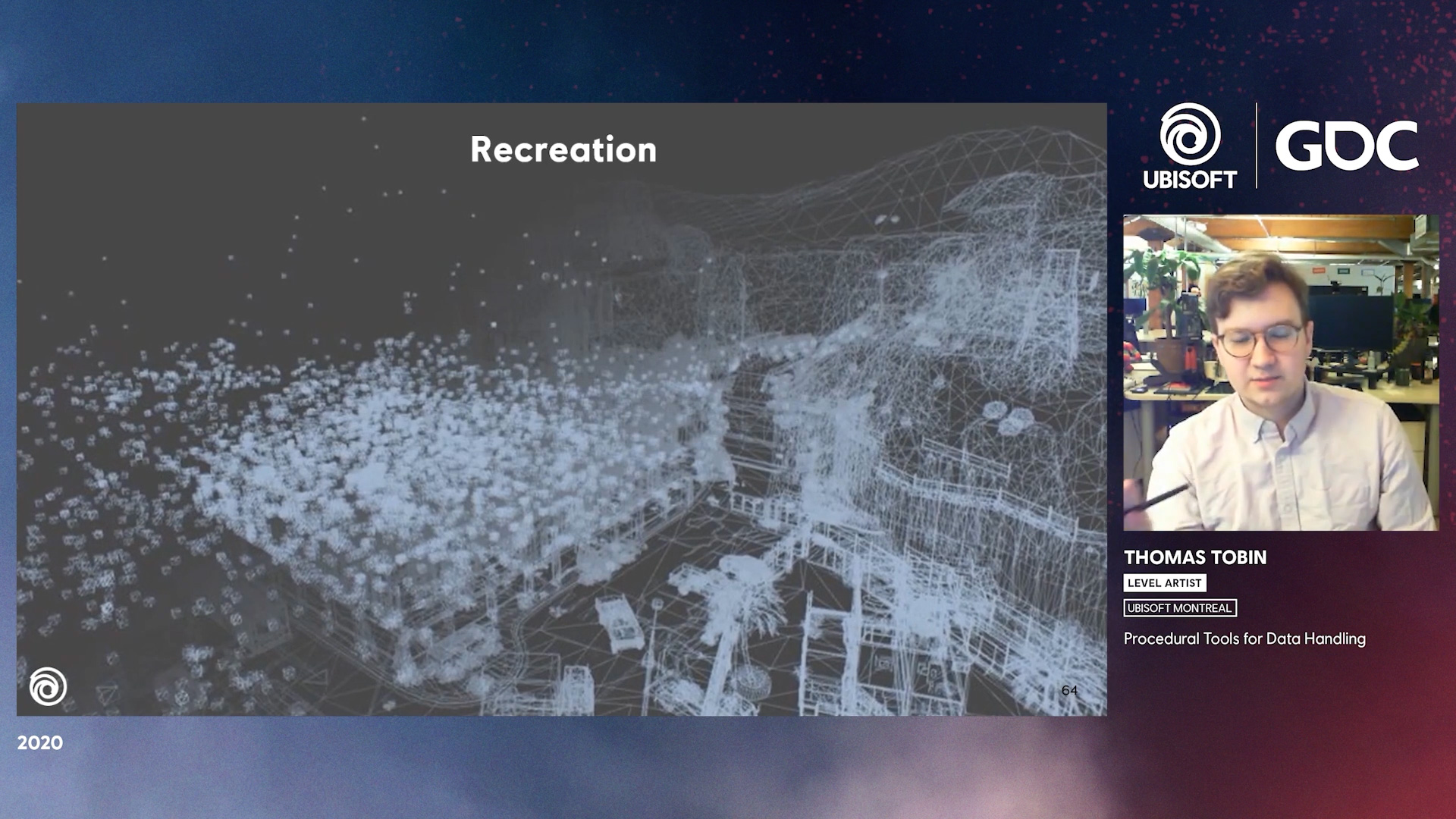 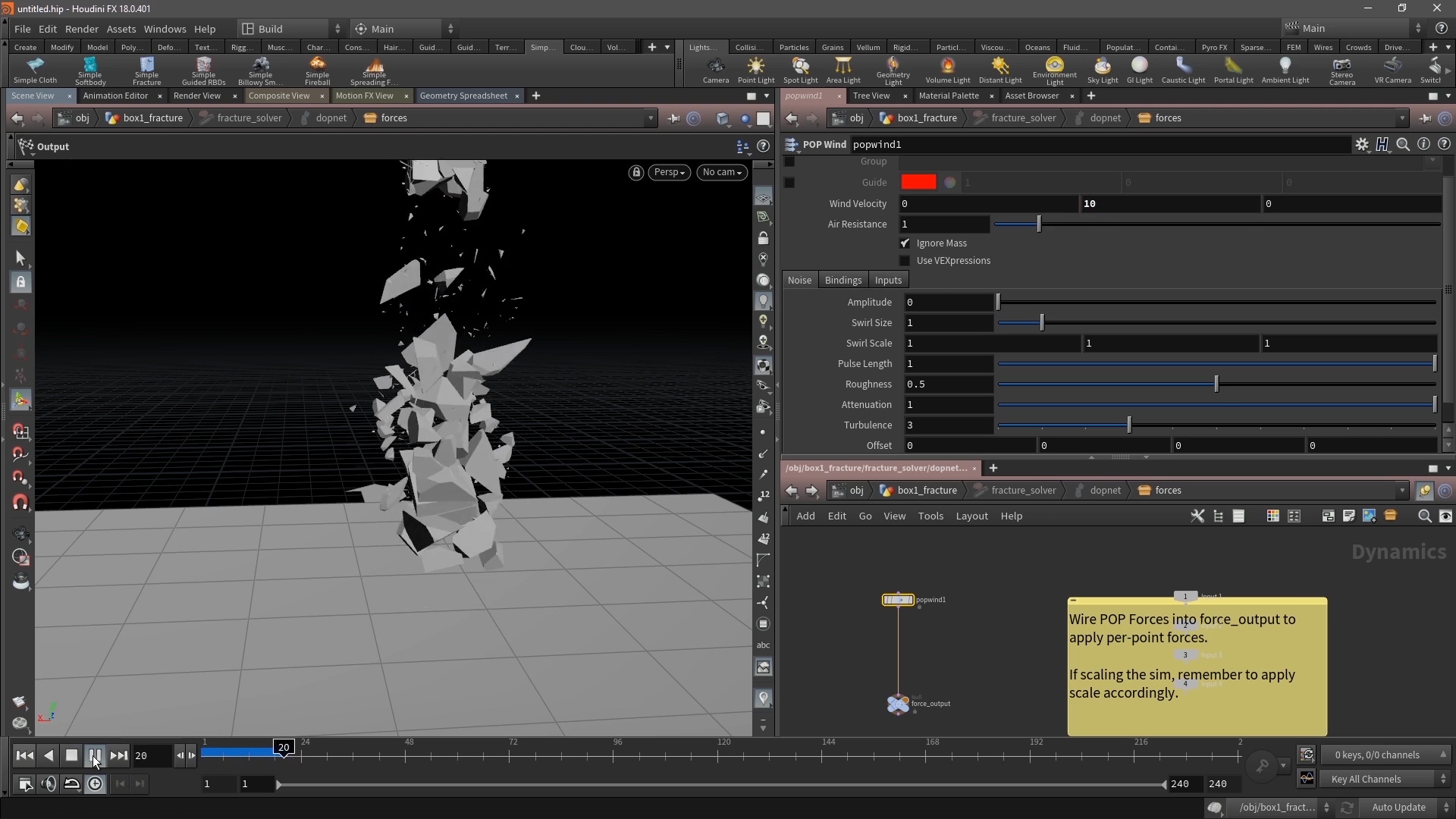 This session will break down the new trend of SOPs based workflows for creating dynamic simulations in Houdini. We will discuss the thinking behind the new Vellum, Pyro, and RBD Bullet workflows in SOPs, and see how these tools work hand in hand with specific “SideFX Labs” workflows to export data for use in game engines. 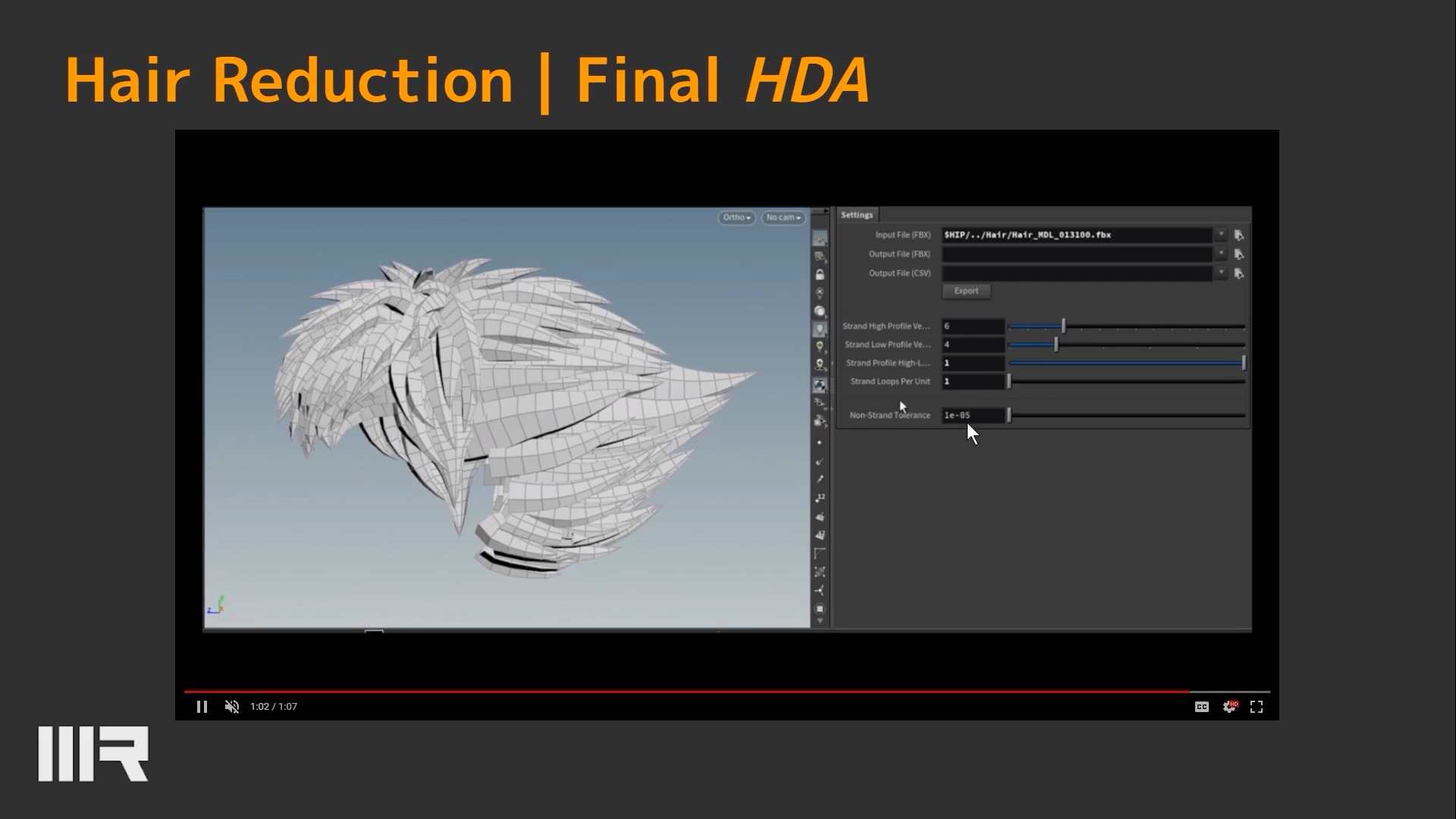 Get Rid Of The Boring In Your Pipeline: How We Got Started

In this talk, Florian and Clemens will talk about poly-reduction of stylized hair, stylized hair workflow, going from Houdini to Unity with PDG and without Houdini Engine. They will also talk about High-to-low modeling pipeline, from ZBrush to Houdini to Substance, and Batch processing skinned meshes FBX with PDG. 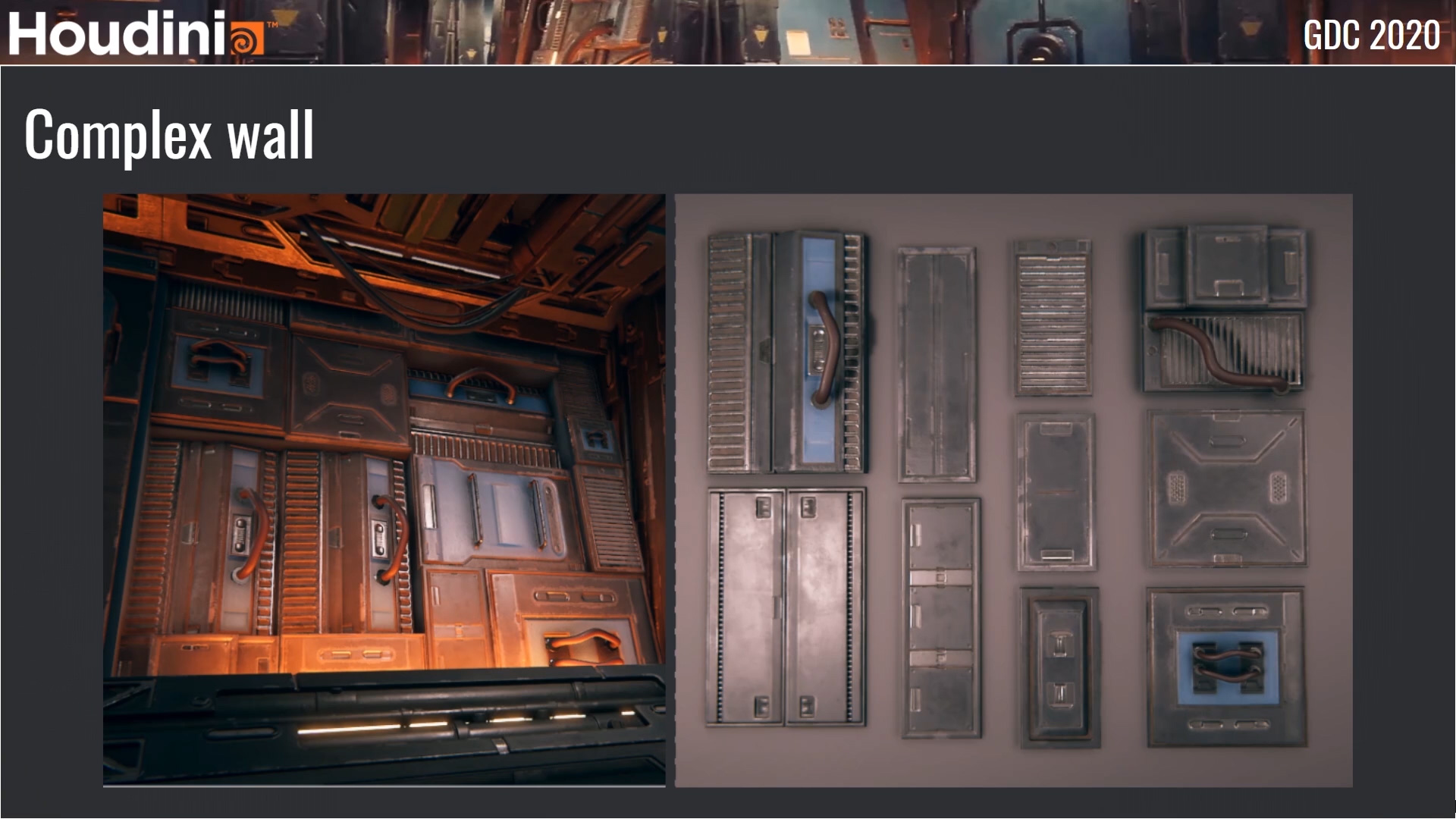 Building environments for games involves many steps from initial modeling to establishing the game-readiness of each asset. In this talk, Simon will introduce techniques that can be used by game artists to create procedural assets that have modeling, uv unwrapping, and baking built in. These assets can then be loaded into game editors such as Unity and Unreal using the Houdini Engine plug-in technology to maintain their procedural nature. Whether you are an indie artist or work at a AAA studio, these smart assets let you quickly art direct a level inside the game editor with the confidence that you are always generating game-ready art. 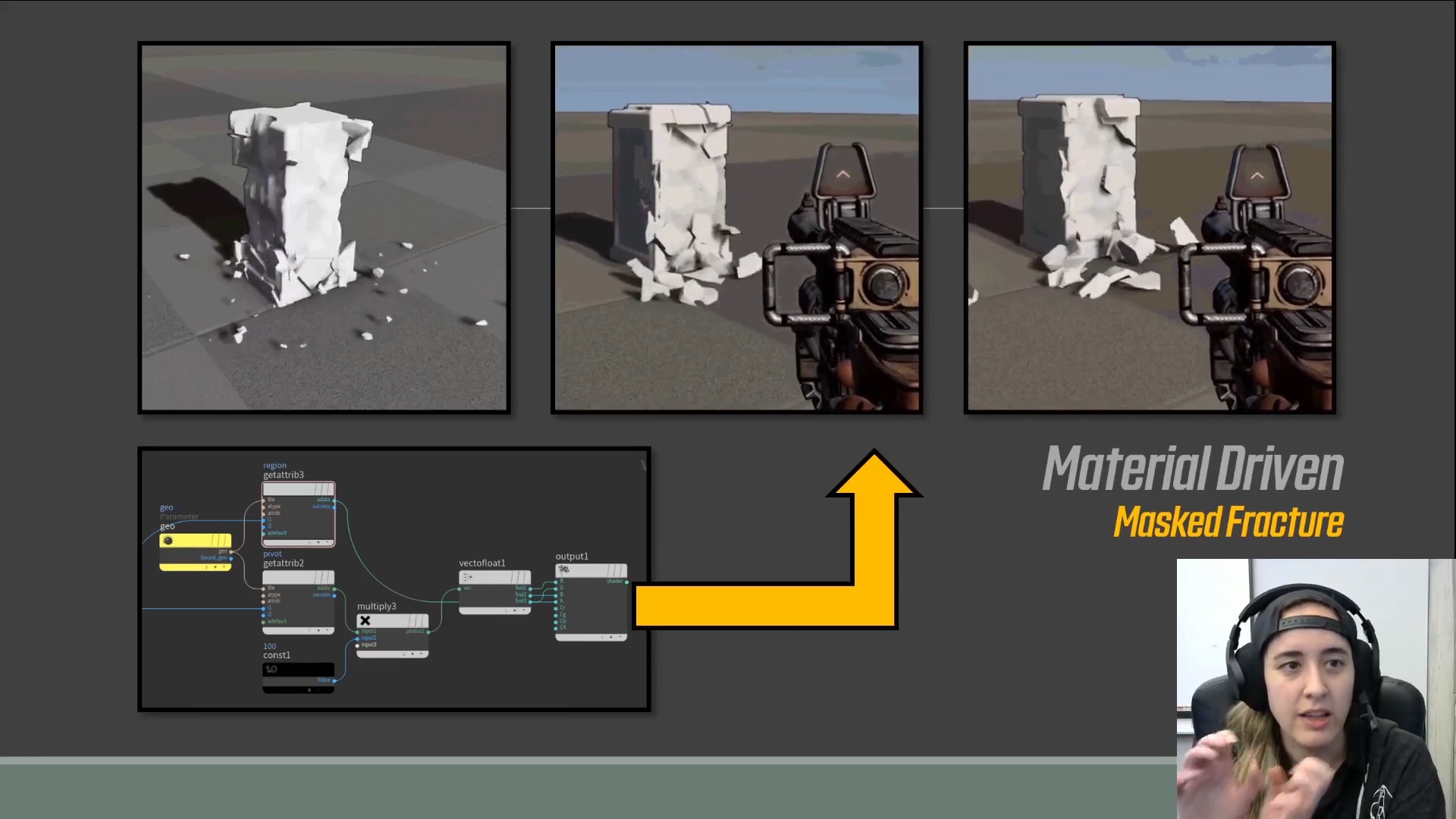 This session will present an overview of the destruction techniques used for creating game-ready assets.  It will cover problems that were experienced during production and what subnetworks and tools were created to solve them. These problems range from generating simple consistent debris, to translating complicated rigid body simulation into shader data, accelerated by the gpu. This session is intended for tech and visual effects artists of all levels who are interested in destruction simulation. 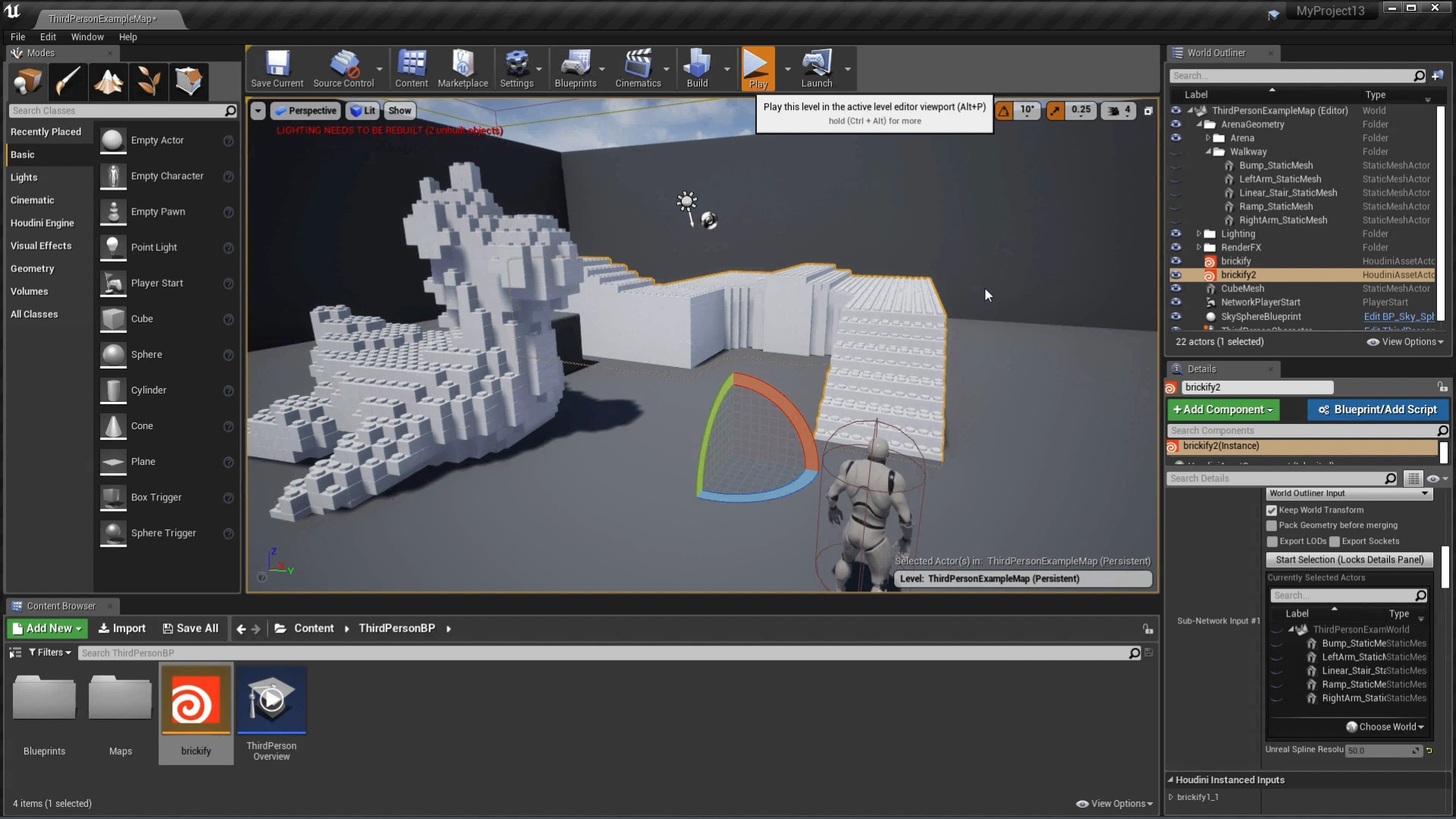 The Secret Language of Houdini for Games

Soppity, Dop, Top, Lop…. When Houdini artists talk, it can seem like they are speaking in their own secret language. In this session, Robert explores how easy it is to understand "Houdini-speak" while introducing the different ways that a node-based procedural workflow can support your gamedev projects. Along the way, you will learn about the different types of nodes, networks and assets that you can create in Houdini and how they all work together. 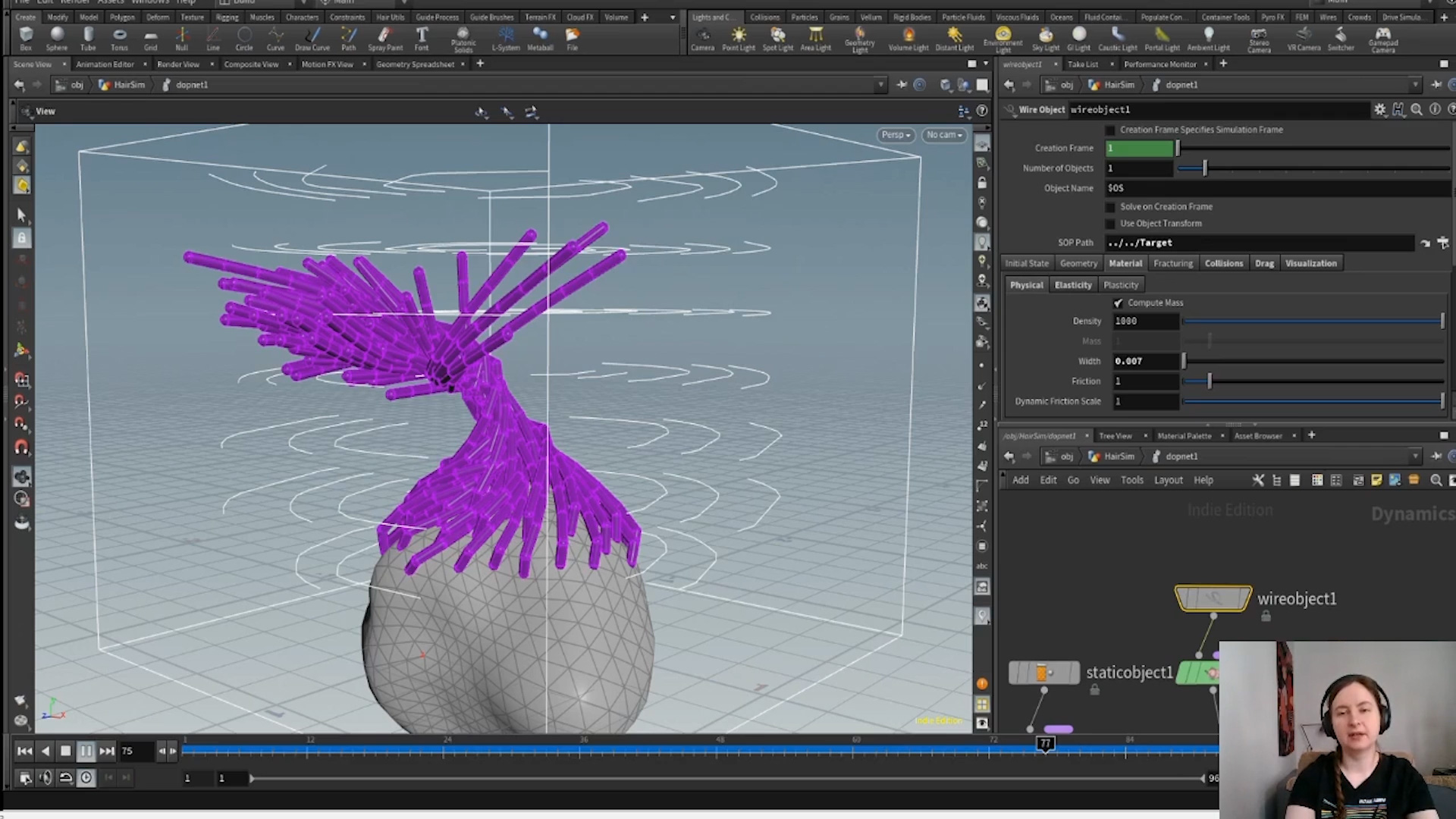 Making a VR action game from start to finish with a team of 3 is more than challenging! However, with the power of Houdini, Vex, Python and some imagination, it's entirely possible. In this talk, Maria will share handy tips and tricks for improving many aspects of virtual reality game development workflows such as making concept art sketches, optimizing visual effects, generating procedural characters, rapidly iterating on level designs and even creating and rendering game key art. 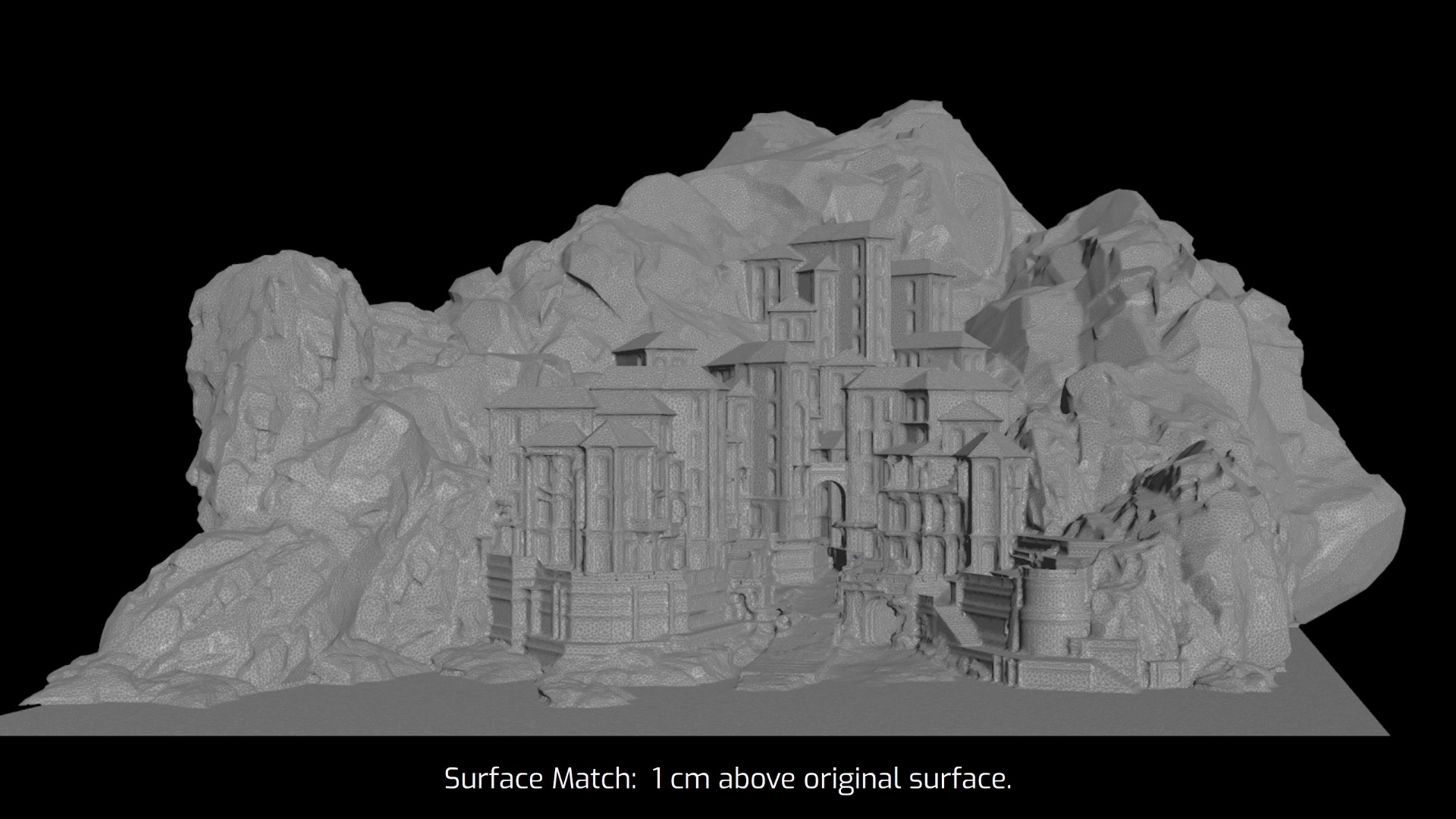 This talk is about the adventure and lessons learned at Schell Games where we developed an art-directable, high-performance crowd pipeline from Houdini to Unreal that can render thousands of characters in real time. We will also delve into the investment and return of creating a pipeline of HDAs to streamline our destruction workflow. Technical examples will be presented to show how Houdini's customizability enabled us to prototype and find creative solutions to problems. 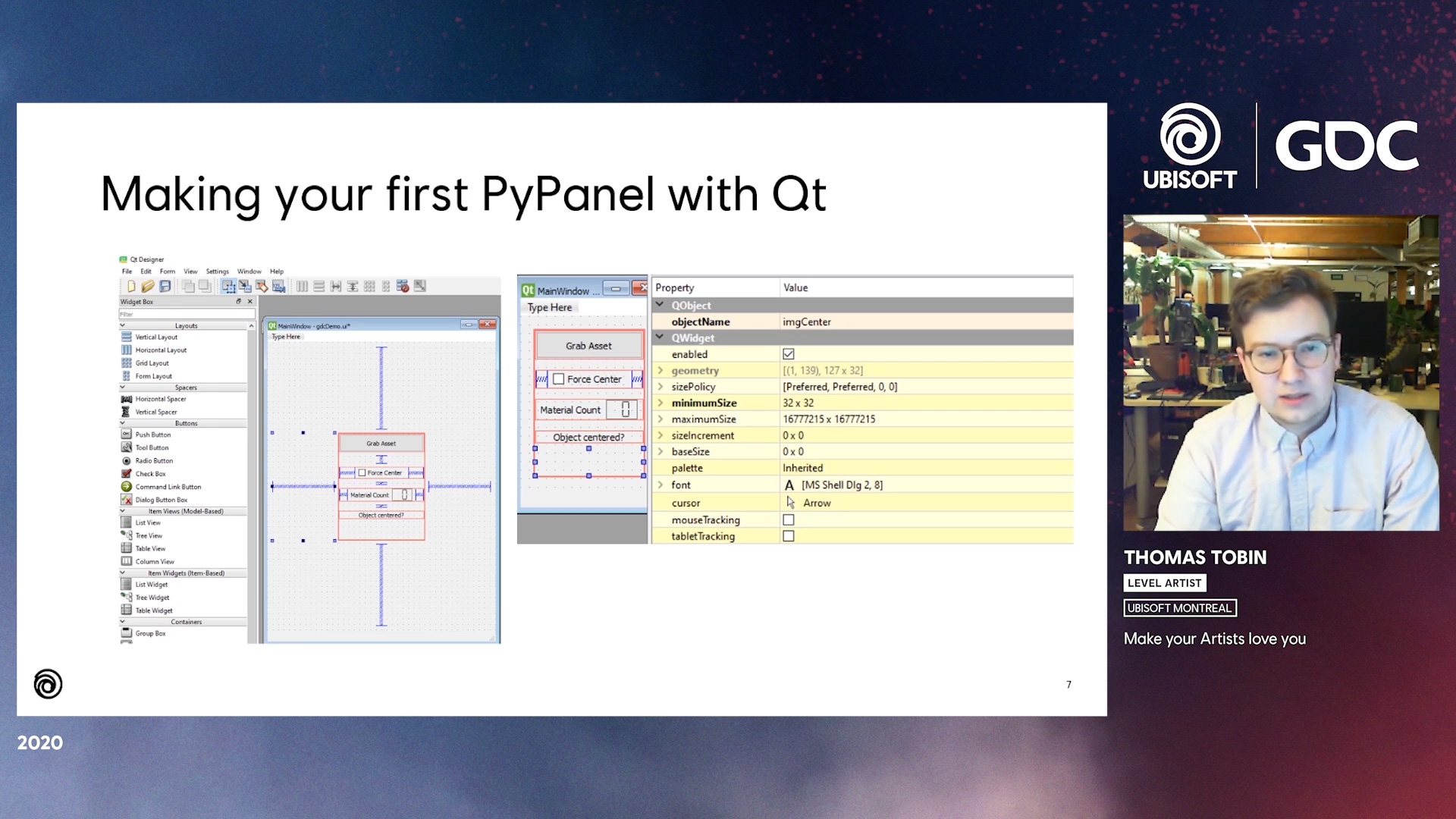 Make your Artists Love You

Workshop on creating your own PyPanel HDA’s and quality of life tips and tricks. 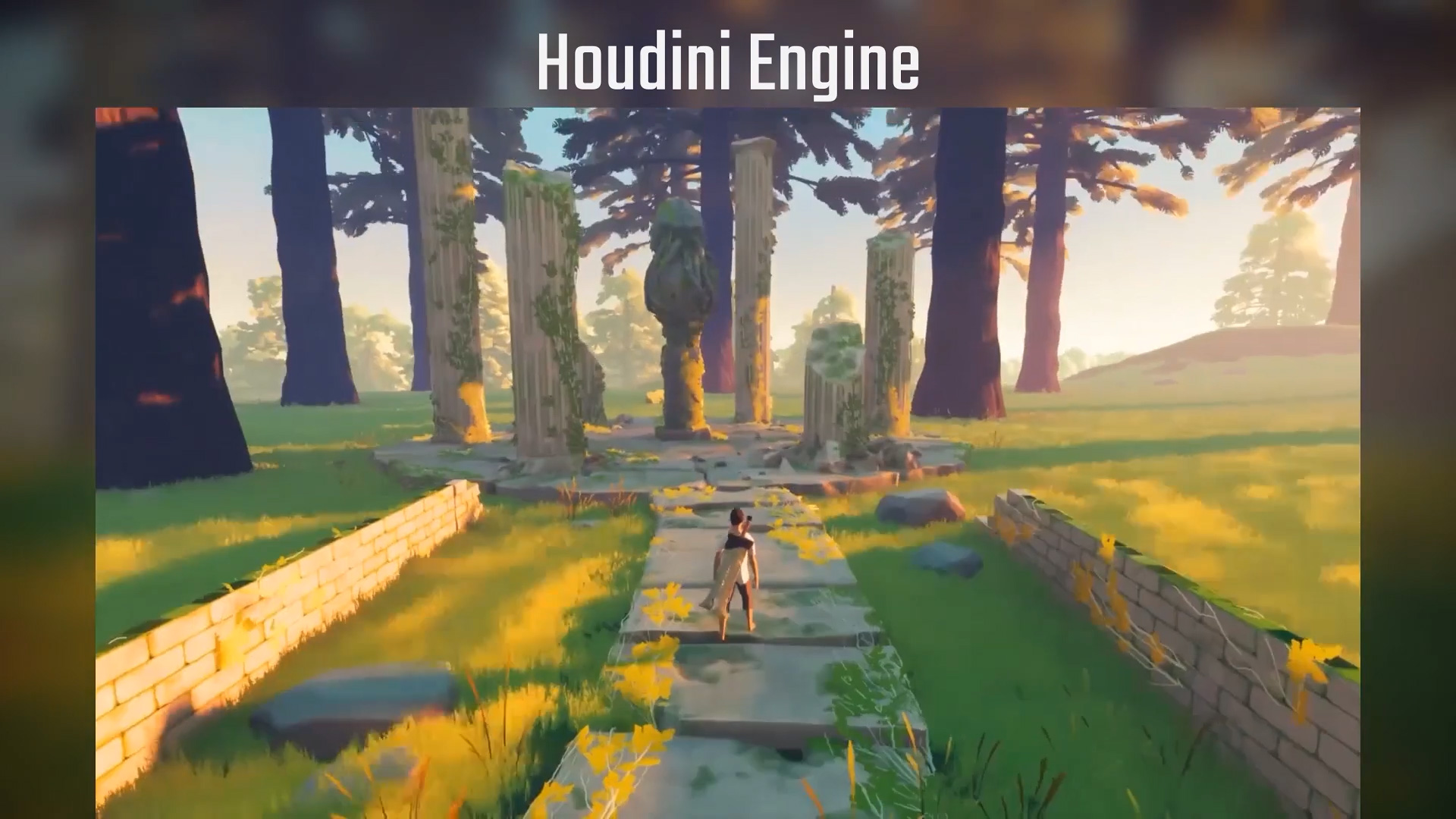