Houdini HIVE is back at SIGGRAPH ASIA with a full day of educational sessions and studio presentations featuring SideFX product experts, and professionals from top studios from around the world. We look forward to seeing you! 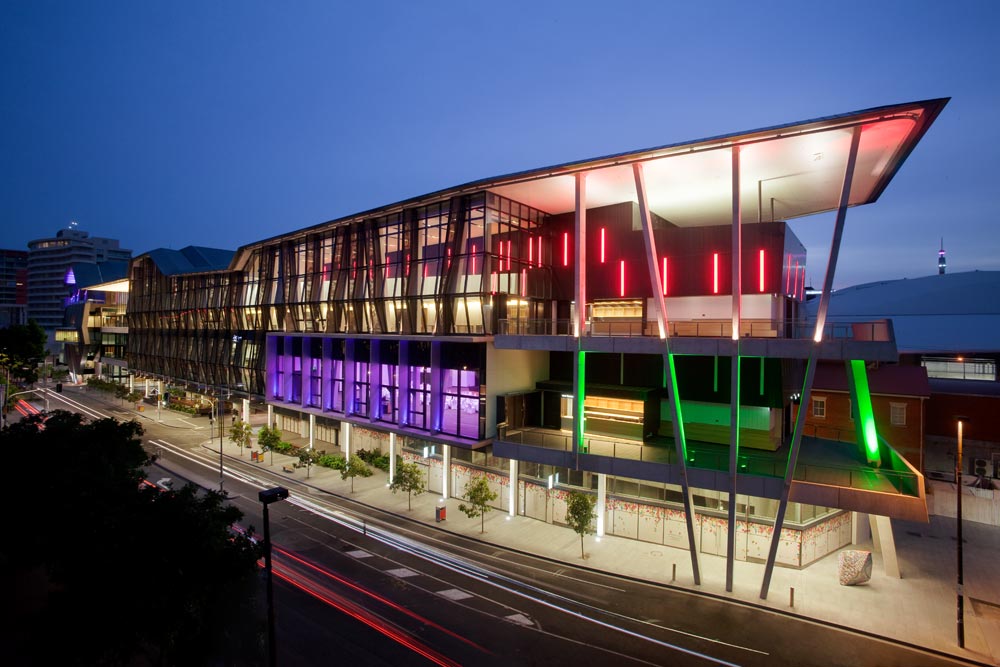 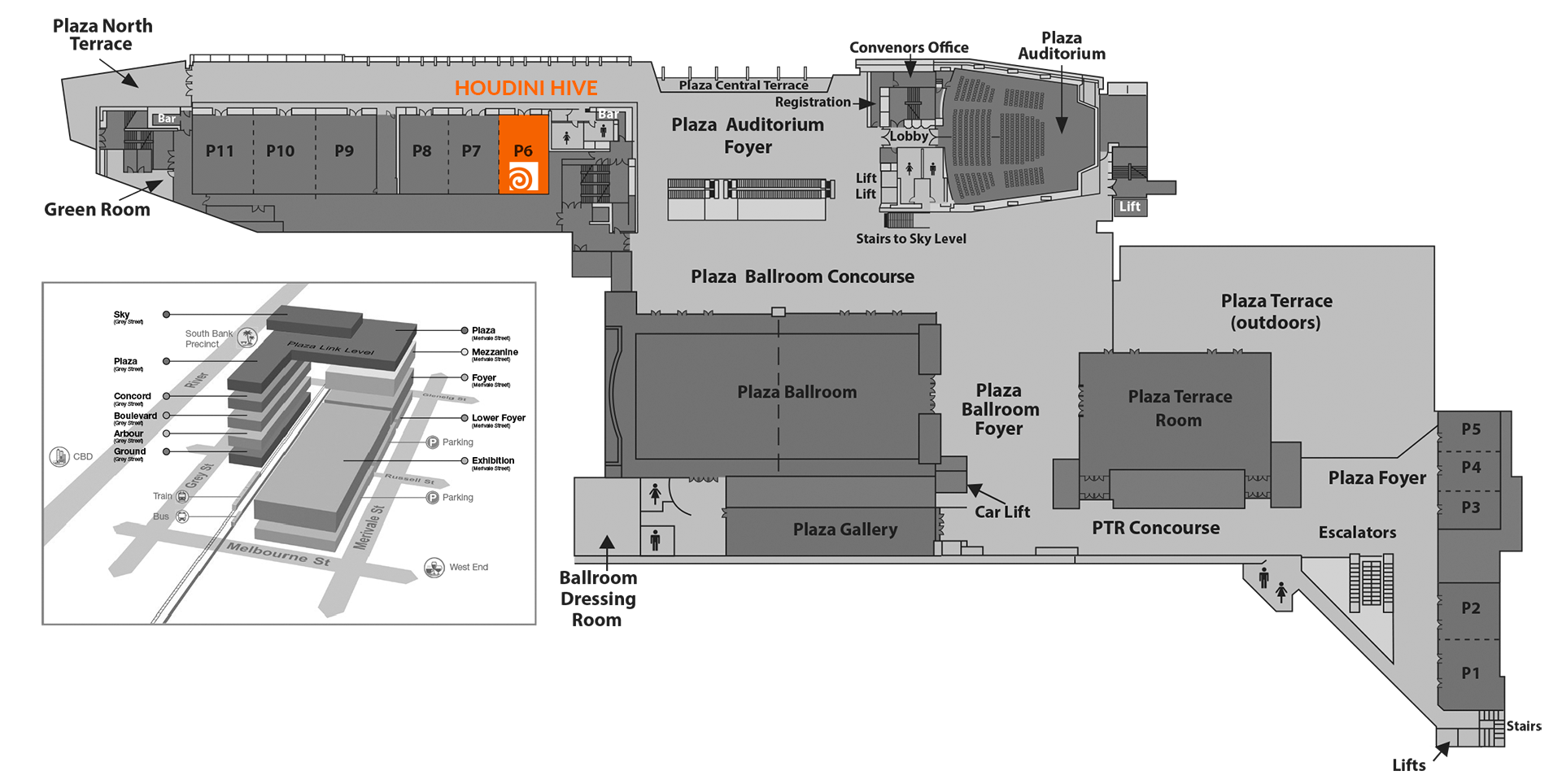 Punching above your Weight

Houdini: You're learning it wrong (no really this time)

Fun with Reaction-Diffusion in Houdini

A Walkthrough of the New RBD Tools in Houdini 18

Hear insights on how Animal Logic builds and automates their Character FX pipeline. When production began on Peter Rabbit in 2017, Animal Logic had the unique opportunity to build their Character FX cloth and fur toolset from scratch. Faced with many technical and artistic challenges, the team had to think outside the box to ensure the toolset was completed efficiently and on time. Adam explains how the team used intelligent Houdini Digital Assets to automatically input animation geometry, process skin de-intersection, simulate cloth and fur, and export geometry to downstream departments. You will also hear how Adam and his team devised methods to allow artists to easily step in and make shot specific changes. 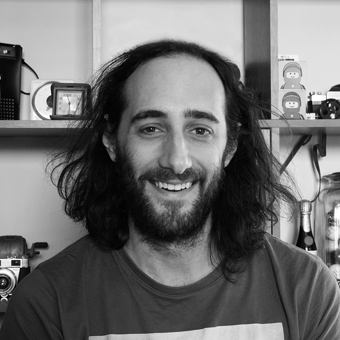 Adam Katz joined Animal Logic in 2017 as a Character FX artist on Peter Rabbit and was part of the team tasked with building cloth and fur toolset from scratch, before moving on to the next project, Captain Marvel. Adam is now a Lead working on Peter Rabbit 2, set for release early 2020. Though currently focused on Houdini, Adam is also creating interactive installations featuring projection mapping and VR. Prior to this, Adam worked on a variety of television shows for National Geographic and Discovery Channel.

Punching Above Your Weight | Nick Angus

Alt VFX's Nick Angus covers transitioning a studio's pipeline to Houdini-centric. Alt started with 6 people and a couple of freelance artists. They burst out of the gate with an amazing commercial, then reality sunk in that they were limited by "off the shelf" tools, and when new jobs came along that had a huge variety of needs, they realized they needed to become far more innovative - and started to look at Houdini. "One interesting piece of advice I received was to think of Houdini as more of a 3D operating system," says Nick, "I tasked myself with learning as many aspects of Houdini as I could before I proposed rolling it out as a full solution, and we then moved our lighting, FX, and fur/feathers over to Houdini entirely. We realized that training was far less intimidating than we had thought, as people could just bite off small parts at a time. A lighter only needed a day or two to get up to their normal speed." 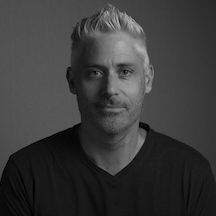 Nick Angus is one of the founding members of the Alt. VFX team, Nick has been an integral part of the company’s growth and continued success across the world. Starting his career in graphic design before moving into 3D and visual effects, Nick’s creative eye and technical knowledge has earned him a valued reputation in the industry. Today, he continues to play a major role in the majority of the work that passes through Alt’s studios in Brisbane, Sydney, Melbourne, Tokyo and LA. Nick has been one of the lead CG supervisors on almost every Alt project since inception, including countless award-winning TVCs. He is also one of the leading FX artists in the region and is perfectly-suited to the complicated simulations and photorealistic visual effects that clients have come to expect from Nick and the team at Alt.

Houdini: You're learning it wrong (no really this time) | Matt Estela

In Part 2 (no really this time) of the 'Houdini: You're learning it wrong' series, Matt covers the technical pitfalls, workflow and incorrect assumptions people make when jumping from another package to Houdini. 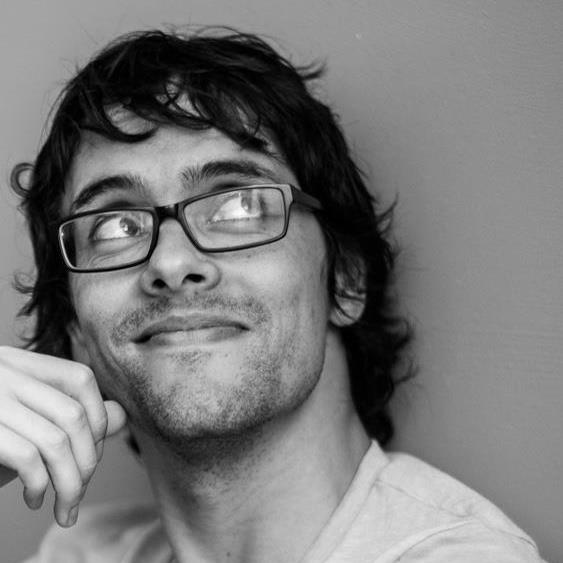 Matt Estela is VFX Lead in Residence at The Animal Logic Academy, University of Technology Sydney. He teaches VFX and VR as part of a Masters of Animation and Visualization. Matt also maintains CGWiki, a popular website for Houdini training, and prior to UTS spent nearly 10 years at Animal Logic in Lighting, FX and CG supervisor roles
1:00 PM  | Tuesday | Nov 19

A retrospective look at the challenges and advantages of using the Solaris Lookdev, Layout and Lighting tools on a full-feature production at Animal Logic. After migrating to a full USD pipeline at Animal Logic, the FX department had to create a feature-rich set of tools, which allowed them to import and deliver FX and character FX through USD. To do this they developed a workflow in Houdini's Solaris. Join Luke for an in-depth look at the how's, why's, challenges and BIG advantages associated with building a new suite of tools in Solaris - and how this fitted into their production pipeline. 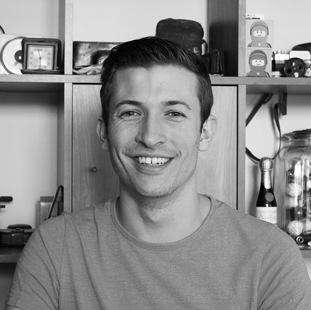 Luke Gravett has over 6 years’ experience in the VFX industry, having held a variety of roles both in Australia and overseas. He joined Animal Logic in 2015 as an FX Artist and is now Associate FX Supervisor working on Peter Rabbit 2, set for release early 2020.

You don't always have the resources of a big team and budget, but with the right techniques Houdini can help you do more with less. Matt shows some tips and tricks used while working in production, to help manage a larger scope as a small team or freelancer. 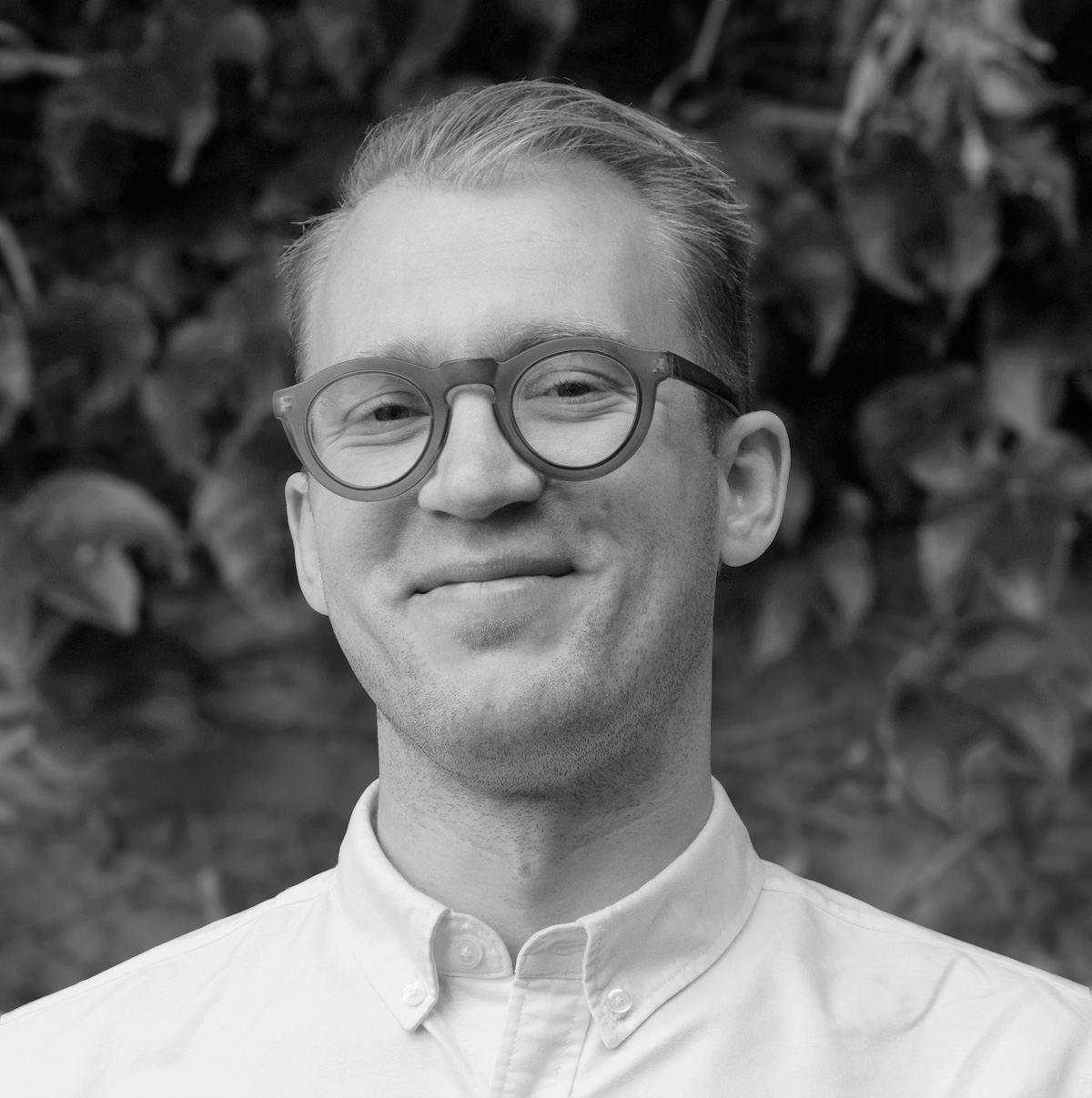 Matt Ebb has a background in design, he loves the abstract, weird and wonderful side of visual effects, using procedural tools to solve difficult creative problems. Matt has worked in visual effects and animation since the mid-2000s across Sydney, London and Amsterdam, in lead roles on films such as Captain Marvel, Guardians of the Galaxy vol. 2, Avengers: Age of Ultron and The Lego Movie. In recent years, Matt has enjoyed working close to the action in smaller teams, and is currently at Cutting Edge in Sydney.
3:30 PM  | Tuesday | Nov 19

Reaction-Diffusion is a fascinating type of simulation in which the the concentrations of multiple diffusing chemical species in a reaction is simulated spatially, for example on a pixel or voxel array. It also can be made to work on poly-meshes and poly-wires over edge-connectivity, or even just on points in space. The values representing the chemicals are then updated according to one of many different formulae that each have their own different kinds of dynamics. Dan's work has focused on a formula called 'Gray-Scott', which he extended in several ways and discovered some very interesting things. He also wrote an experimental formula based on a tweaked classical 2D 'Orbits' fractal step - which led to many interesting results! 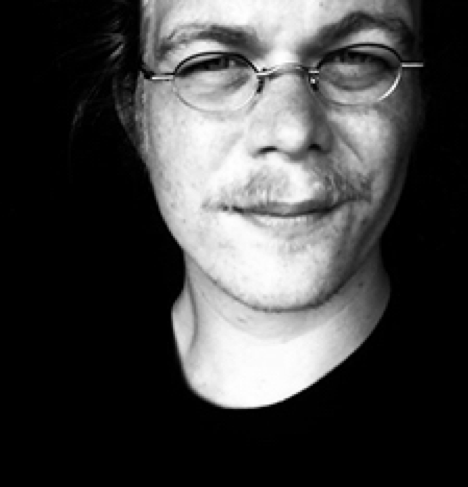 In his day-job Dan Wills builds visual-effects pipelines and works on complex effects tasks for Rising Sun Pictures (RSP). He teaches groups of students to use Houdini as an instructor for RSP Education. In the time between caring for a young family, Dan is a fractal explorer, a reaction-diffusion experimenter, and an incessant Houdini workflow-tinkerer and improver.
4:00 PM   | Tuesday | Nov 19

Open Firehawk is an initiative by Andrew Graham to automate direct access to cloud infrastructure at lower cost and with more control than prior solutions were able to offer. It also seeks to resolve issues of vendor lock in – it is open source, community focused and seeks to provide as much render power to artists as efficiently possible. Particularly for the Houdini user, it approaches heavy VFX scenarios by leveraging SideFX PDG to handle dependencies across multiple locations and avoids transport of heavy data unless necessary.

Open Firehawk automates creation of VFX architecture with open source infrastructure as code. The design is fully automatable, and uses tools like Hashicorp Terraform, Vagrant and RedHat Ansible to procedurally build out from scratch any onsite and cloud-based render nodes, schedulers (AWS Thinkbox Deadline), OpenVPN, and virtual NAS appliances (SoftNAS). This approach potentially enables usage with multiple cloud providers in the future.  We provision Deadline as a scheduler which is free to use with AWS, and SoftNAS as it is the most affordable and performant NAS appliance that could be automatically provisioned in AWS with excellent support 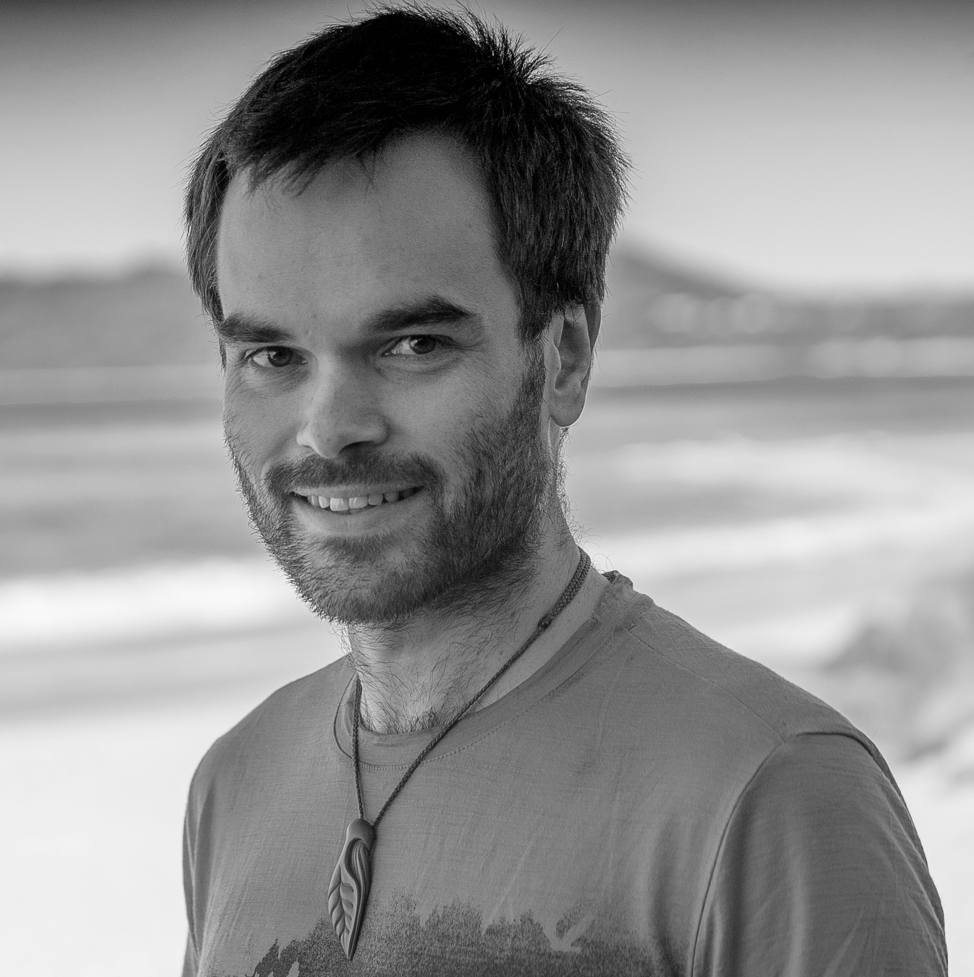 Andrew Graham | 2019 marks the 20th year he has worked in computer graphics. In that time he has contributed to Hollywood film, motion graphics and architectural visualization. He's worked for companies such as ILM, Weta Digital, Sony Pictures Imageworks, Rising Sun Pictures, Image Engine and Macrograph and on films such as Rogue One: A Star Wars Story, Dr Strange, Only The Brave, Harry Potter and the Deathly Hallows, and The Hunger Games. As an FX TD, he has a deep interest in tools that allow detailed images to be realized.  He wants to interact with cloud compute resources more closely while making them as cost effective as possible.  He's  started to build something with Open Firehawk that can help studios and individuals offload 3D rendering / simulation workloads with infrastructure as code that they can customize for their own needs.

Houdini 18 introduces a number of new RBD workflow tools to enhance and simplify the creation of Bullet simulations from within SOPs. Nick walks through the new tools using practical (and some less practical!) examples. Nick Petit is a Senior Technical Director at SideFX who has been using Houdini in production for 10 years. With 20 years of VFX experience and a range of skills covering many disciplines, Nick has worked in different roles at various studios including RSP, MPC, Double Negative and most recently as FX Supervisor at Weta Digital. He has contributed to films such as "Harry Potter and the Order of the Phoenix", "The Chronicles of Narnia: Prince Caspian", "Avatar", "Man of Steel", "John Carter", "Dawn of the Planet of the Apes" and "Alita: Battle Angel". At SideFX, Nick works with RnD to design production oriented tools.