Join us at the Education/Studio HIVE to hear from leaders at the top schools, who are creating programs to foster high quality, hireable talent - and hear from the studios on what they're looking for when hiring. The Houdini Education Team at SideFX is thrilled to support these discussions and the strengthening of relationships between academia and industry.

HOPE YOU CAN JOIN US! 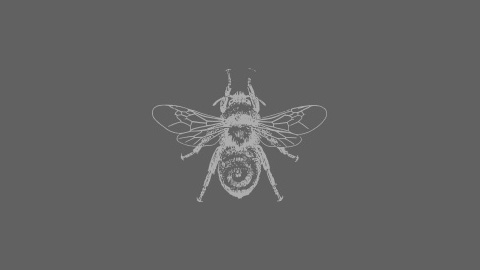 SideFX supports students, artists and educators at every stage of their learning journey. Let's discover how to make the most of custom learning resources, license offerings and community connections to build Houdini talent at your school and studio. 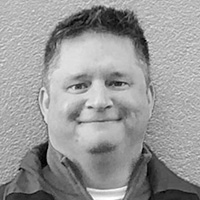 John Moncrief is the Education & Training Manager at SideFX. John has been teaching various visual effects software packages to creative industry professionals for more than 20 years. He lives for the rush of seeing students experience "light bulb" moments! 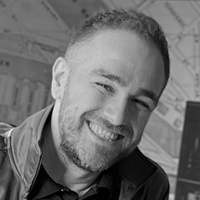 Peter Arcara is a Training Lead at SideFX. He creates courses for the Houdini Insight learning platform, consults with instructors about curriculum, and supports the Houdini Educator Community. He loves watching rocket launches and F1 races in his free time.

Deep dive into how The VOID is utilizing the Unreal Engine to create and define a new form of hyper-reality location based entertainment. Learn how traditional and emerging technology practices influence the entire guest experience. 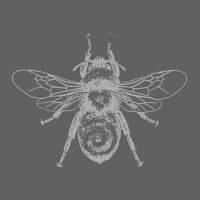 Dana Ware is an international award-winning, Chicana director who specializes in virtual reality and augmented reality. She has a master's degree in Entertainment Arts and Engineering - Game Development from the University of Utah. As well as, an MFA in Film and New Media. In 2019, Dana became a Creative Director at The VOID where she helped to explore the future of VR storytelling and directing. Dana’s work includes a hyper-reality TV series, at-home VR experiences, LBE VR, simulator rides, and AR projects. She specializes in developing magical experiences by combining virtual and physical realities into hyper-reality.

Using Houdini’s LOPs tools, we developed a USD pipeline that allowed our production to work seamlessly across Houdini, Unreal, and Maya. With these tools, we were able to build our pipeline in just months and to adapt it on the fly to the needs of our production.

Zachary Wood is a BYU animation major from North Salt Lake, Utah. Throughout his undergrautate degree, he has worked as a generalist creating short animations for various campus classes, researching the implementation of real time rendering into film pipelines, and building USD centric pipelines into BYU Animation’s capstone projects. Aside from pipeline research and implementation, Zach loves to create in many aspects of film and game production from lookdev, modeling, and shading to FX and lighting. He worked as an environment artist on BYU’s short, Heir, as well as an FX artist on BYU’s short, Cenote. He hopes to work in the film or game industry solving technical problems and creating procedural workflows for environment, character, and pipeline.

Anna Hales is a senior at BYU from Midland, Michigan, majoring in animation. At BYU Anna has spent many work hours researching realtime rendering implementation into film pipelines. She was a main force in building the backbone pipeline that has become BYU’s Unreal implementation in film and pre-visualization. Excelling in look development and shading, Anna has headed many explorations into shading workflows and stylization in Unreal Engine and Renderman for BYU’s capstone projects. She enjoys finding procedural solutions to interesting problems in animated film production, and hopes to work in the film industry as a technical director.

Peter Arcara is a Training Lead at SideFX. He creates courses for the Houdini Insight learning platform, consults with instructors about curriculum, and supports the Houdini Educator Community. He loves watching rocket launches and F1 races in his free time.