I guess most of you are aware of what pain lens distortion can put you through when you want to add something in post to heavily distorted footage. Sometimes its not just about how heavy distortion is but more about what is actually going on with it.

Last week I got my hands on Gopro 7 and I thought it would be fun to track (matchmove) clips shot with its "superwide" mode ... well "fun" is relative in this case :) I tried and I tried to track/undistort it but allways with fairly big error in track so it made me look better at its specs. It turned out that its 16:9 format is actually 4:3 squeezed BUT in non-linear way (but even that was not so straigh forward to solve)

To make a long story short, I decided to create a undistort setup from scratch in Houdini ! Why Houdini ? Well besides being excellent VFX tool, its also awesome prototyping tool for anything that involves geometry and math in general, specially when you want to easily visualize your results.

I picked up 5 very nice examples of lens distortion to make a little demo: 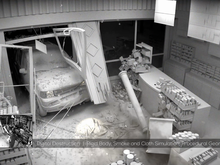 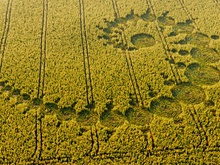 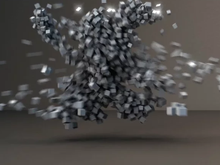