©︎2021 SHIGETA Yusuke
Join us at the Houdini HIVE: SIGGRAPH Asia 2021 for a full day of educational presentations by industry professionals. These will take place on December 14th at SIGGRAPH Asia in Tokyo where these pre-recorded presentations will be streamed online and broadcast to room G409 [4F Block]. SIGGRAPH Asia passes will be needed to view them on the 14th. Learn more from SIGGRAPH ASIA.

On December 15th you can watch the presentations using the Youtube LIVE link shown below:

Remaking of the Battle of Sekigahara

My thoughts on Simulation in Houdini

A Glimpse into USD ALab and Asset Building at Animal Logic

Generative 3D: The Art, Science and Bendology of Using Algorithms in 3D Design

Deserted - Building the World with Houdini

KineFX to Unreal Engine 5: from Combat Systems to Cinematics

HOPE YOU CAN JOIN US!

Individual Recordings are available below. 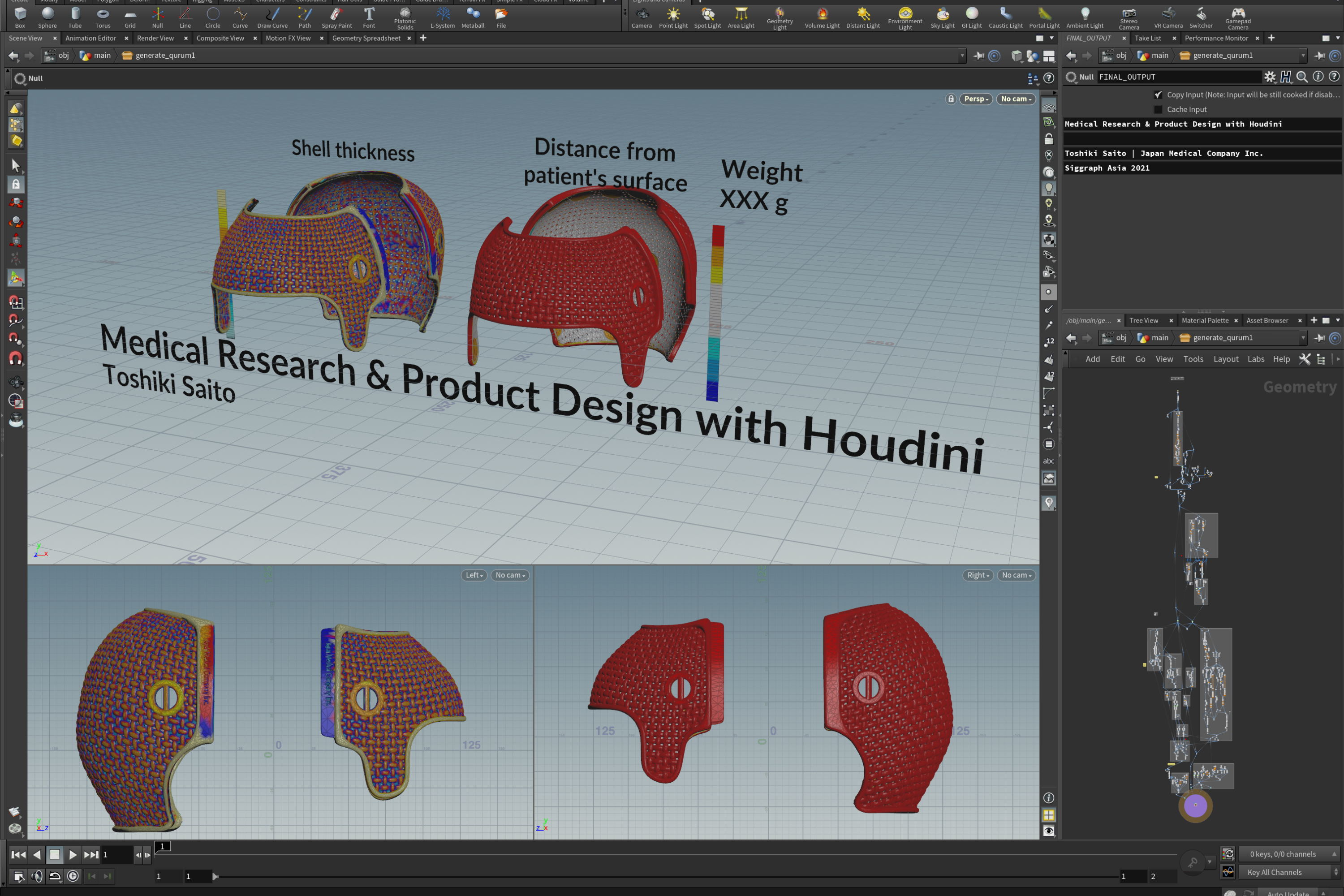 Toshiki Saito has been using Houdini in medical product design and medical visualization. He will showcase his uses of Houdini in these areas and explain why chose Houdini and the advantages of it. 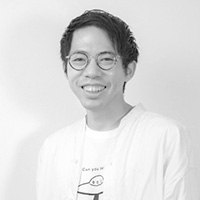 Toshiki Saito is a medical device engineer and an animation artist based in Japan. After he studied medical imaging technology with radiation, he started his career at Tokai University Hospital as a radiological technologist. Besides engaging in medical care, he learned 3D computer graphics and motion graphics through self-study and has been involved with video production at a live show, advertising, and music videos using Houdini and Aftereffects. He joined the Japan Medical Company this year in April. He works in medical device modeling or manufacturing workflow development using Houdini as a procedural modeling tool. 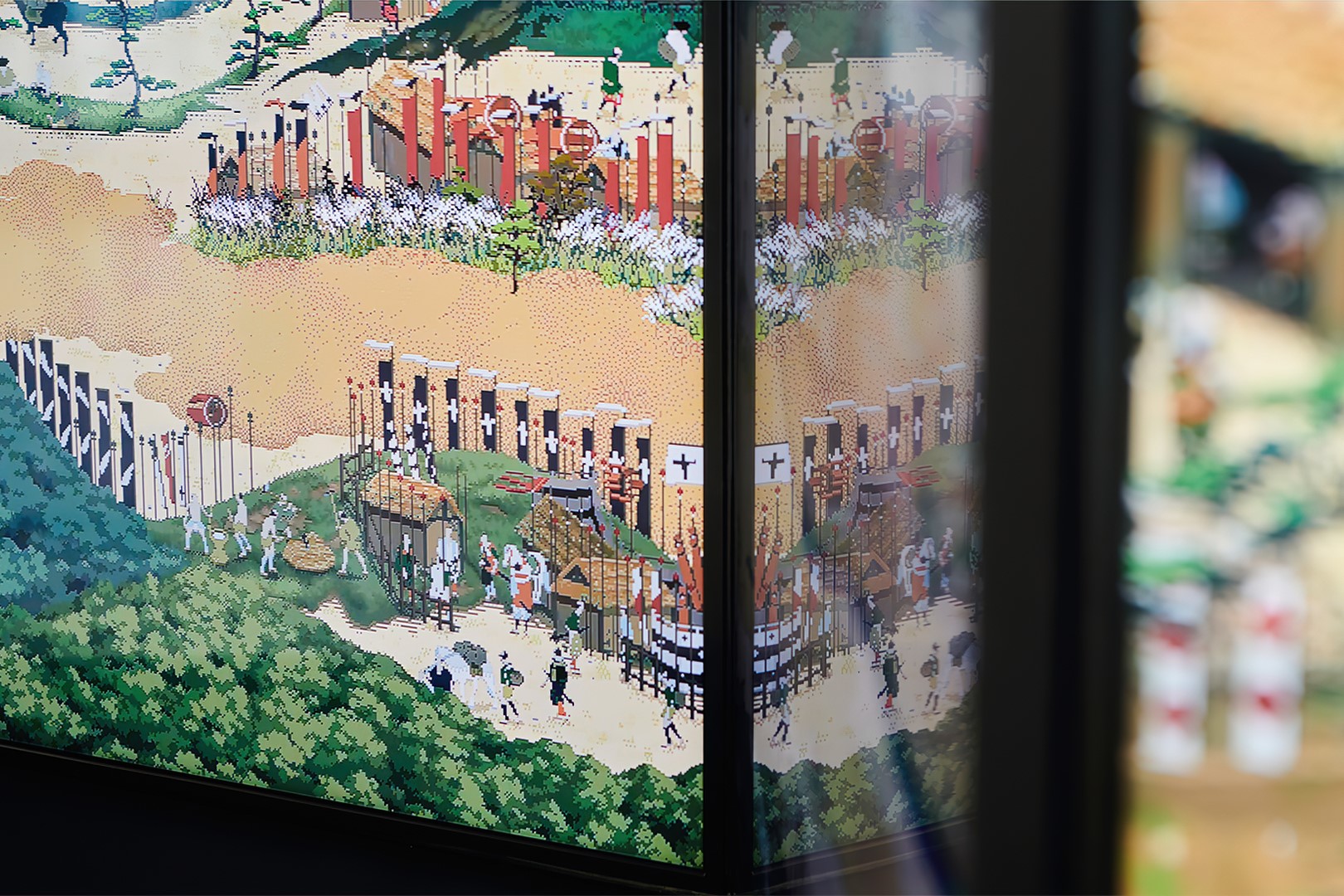 This talk will go over the process of making crowd animation using to Houdini based on my work for the installation of "Sekigahara sansuizu byoubu", a digital recreation of the folding screen depicting the battle of Sekigahara. 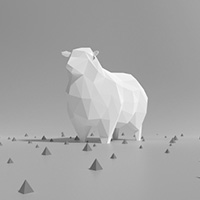 Hitsuji works with backspacetokyo, a collective of artists, as a freelance engineer on a number of installations and visual productions that involve programming. 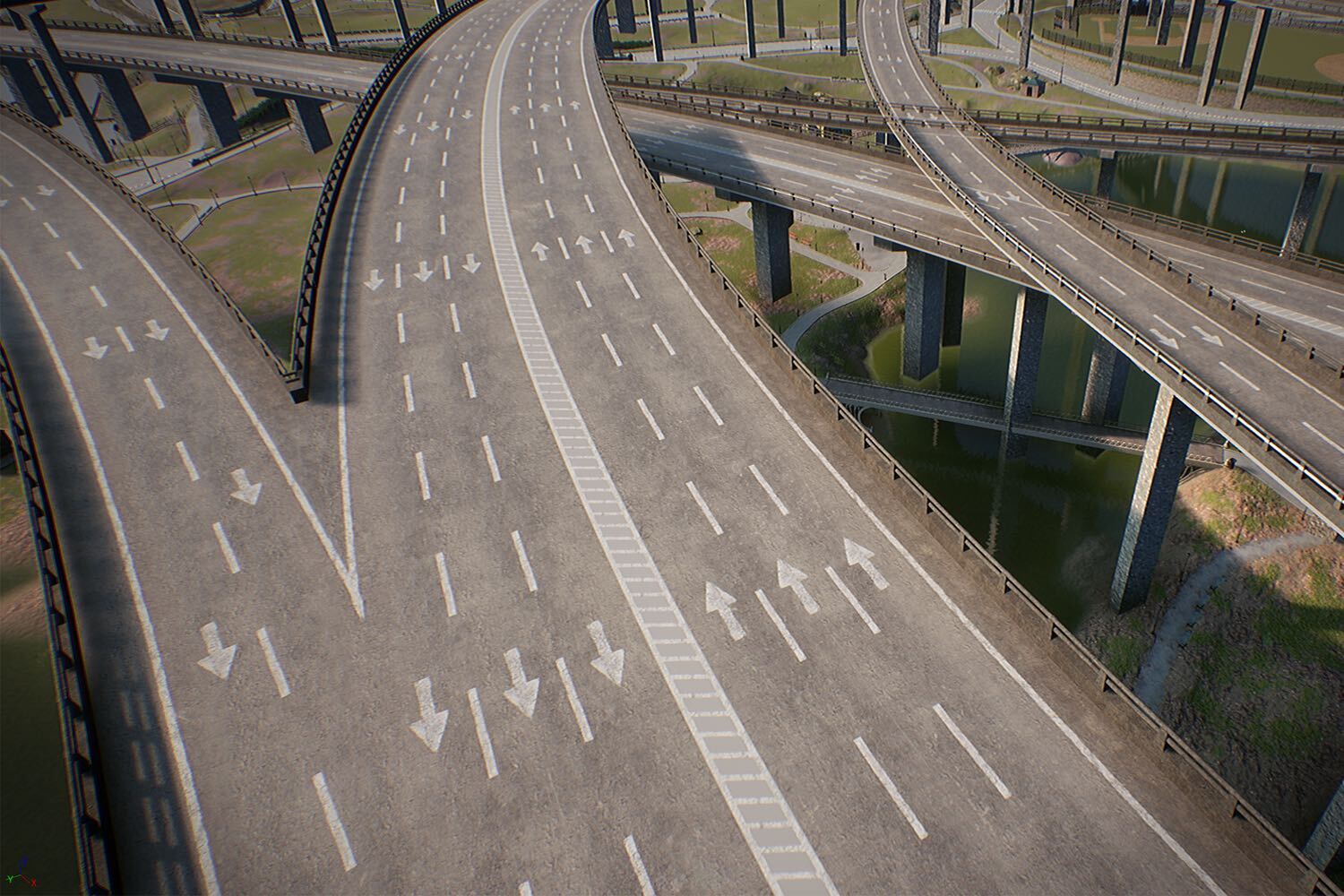 This talk describes how to use the procedural method to generate a configurable urban traffic system, with high fidelity and controllability.  We have developed relevant HDAs and extended Houdini Engine for Unreal Engine to achieve the final results. 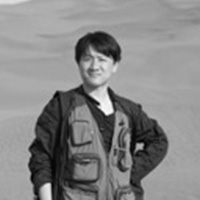 Guo Yu is a Houdini hobbyist who have spent 7 years developing game engine and 3 years playing Houdini. He admires Houdini’s expressiveness so much that one of his interest is to abuse Houdini to do things it was not initially designed for. You may find more of him at http://yuguo.me 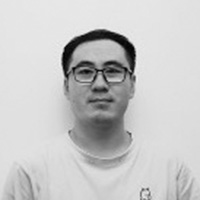 Yuling Ji has seven years of experience in film and television. Currently working as a technical artist at Tencent Games 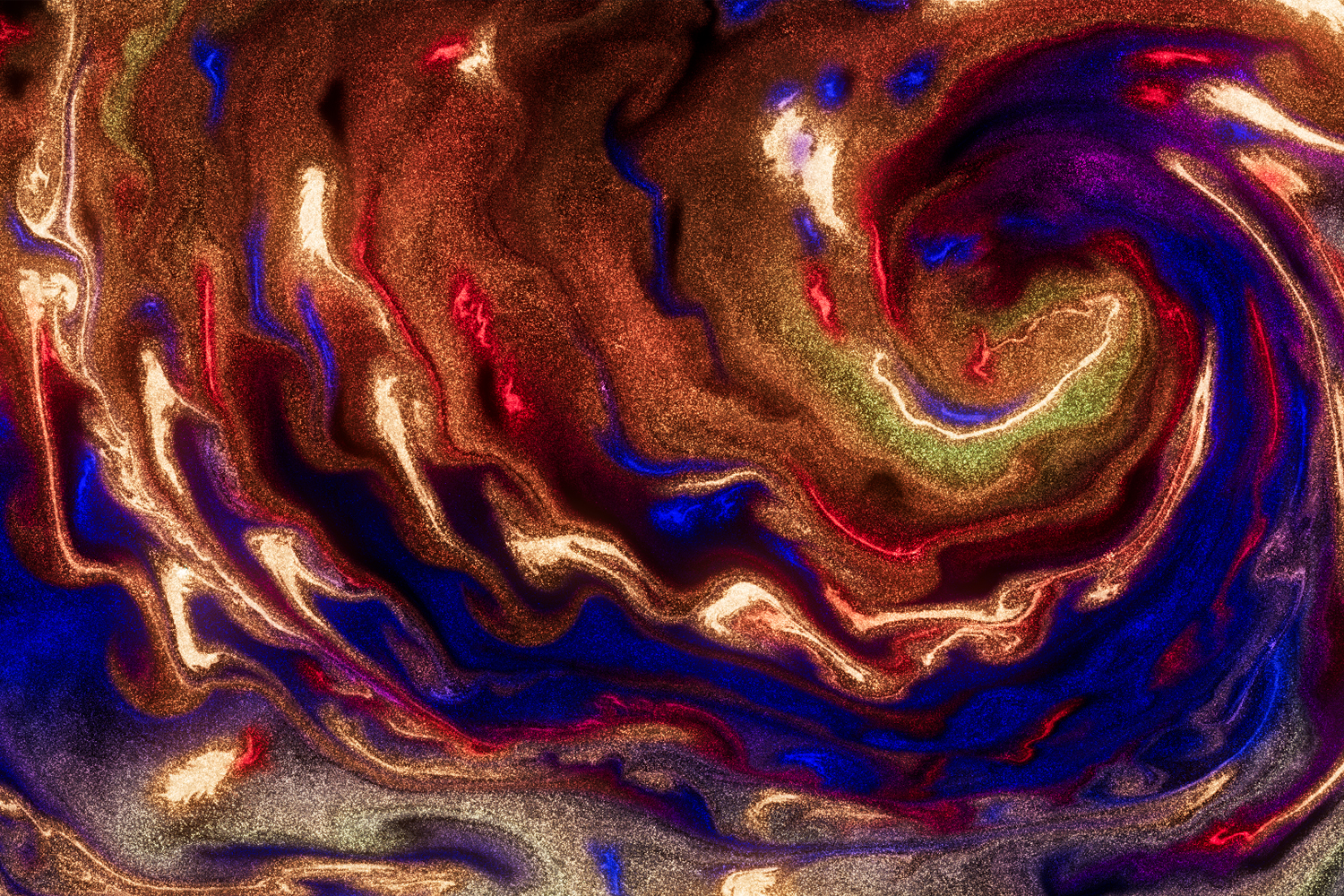 Simulation is one of the most powerful feature in houdini yet the most complex.It has various contents and functions but I would like to unify all of them and share my core idea about simulation. 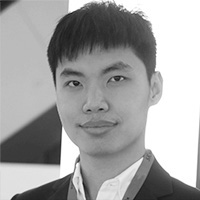 Carl Drifter is a freelancer and VFX artist based in China, mainly focusing on simulation, procedural modeling, shading and rendering. With different experiences in film, motion design and game industries, he taught himself houdini 4 years ago and adapts it to various projects. Besides, He is a famous CG Blogger and houdini teacher who continue to promote and share houdini news and techniques in China. 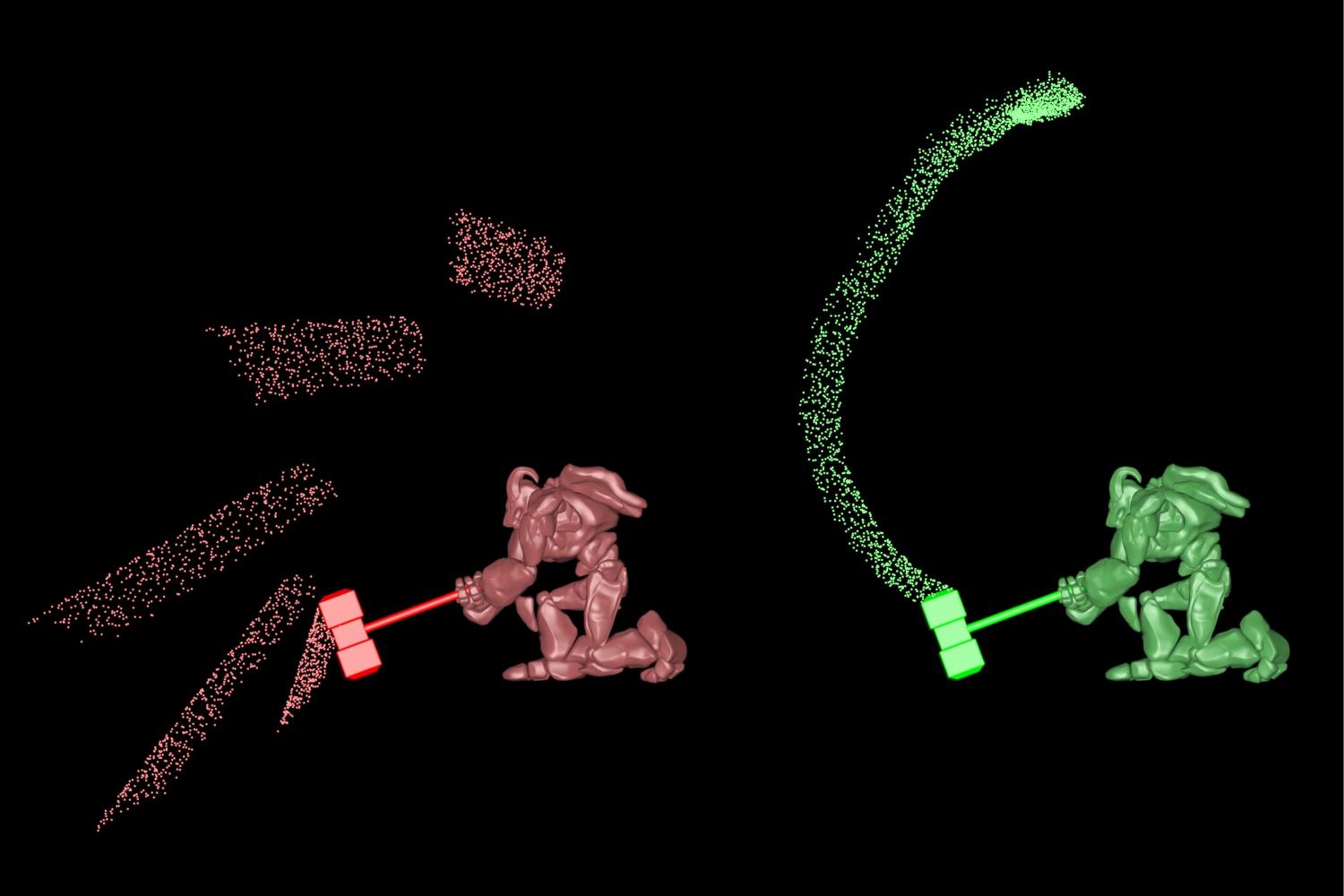 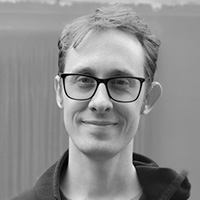 Ben Andersen has been an FX TD for nearly 20 years in animation and visual effects, working on such films as The Incredibles, How To Train Your Dragon, Christopher Robin, and Spider-Man: Far From Home. He currently leads the development of the Houdini pipeline at Luma Pictures. 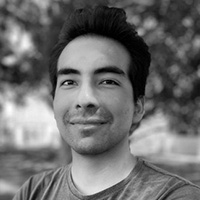 Christian Lopez Barron  joined the Assets TD team in 2017, to work on Animal Logic’s first hybrid live action/animated feature, Peter Rabbit and The LEGO Ninjago Movie. After studying Animation and Digital Arts in Mexico, he started his career working in Digital Advertisement in Guadalajara, where he focused on animation and rigging, though his technical interest led him to explore python. After gaining a Technical Director role, he began managing the pipeline for a small team, before accepting a role in the Animation Film Industry in Spain with Wonder Park, as a Senior Technical Director for Layout, Previz and Scene Assembly. Christian is originally from Mexico and, since he was a child, he has loved animated movies (and movies in general). He also enjoys music, photography, travelling and dancing. 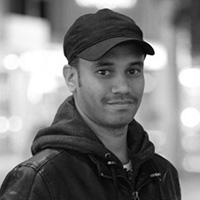 Balaji Kutty Premkumar has been working in the VFX and animation industry for 15 years as a Software Engineer and Pipeline Technical Director, specialising in Rigging, Cloth, Fur and Pipeline Development. He is currently a Lead Pipeline Developer at Animal Logic’s Vancouver studio, where he manages the Assets Pipeline, which covers the Modelling, Rigging, and Surfacing Departments. After graduating with a Bachelor of Electronics and Communication Engineering from Madurai, India, Balaji followed his interest in gaming and VFX by teaching himself the CG/VFX pipeline and workflow, before starting his career as a Character Modeller. He then moved into Rigging and more technical departments in the pipeline. 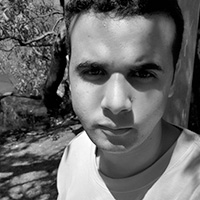 Mohammed Kamal is a creative and technical professional with extensive experience in digital effects and developing creative procedural systems. He is currently working as an Assets Technical Director at Animal Logic’s Sydney studio, where he has a deep interest in the convergence of automation, real-time, procedural generation and geometry processing systems that allow beautiful images to be realised with efficiency.Originally from Palestine, Mohammed has also worked at Mr. X in Adelaide as an FX Artist on the Oscar nominated film, Love and Monsters. He founded the group, Standing Man Post, to share and create abstract artwork and simulate photorealistic natural phenomena. 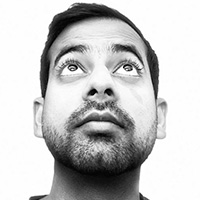 Ankit Sinha  joined Animal Logic’s Sydney studio in 2019 and is currently a Lead Pipeline Developer. Originally from India, Ankit started his career as an FX Artist and TD for Rhythm and Hues in Mumbai. He has a passion for python and a keen interest in Rust programming language and its application with CG pipeline. He also enjoys painting, bouldering, camping and travelling. 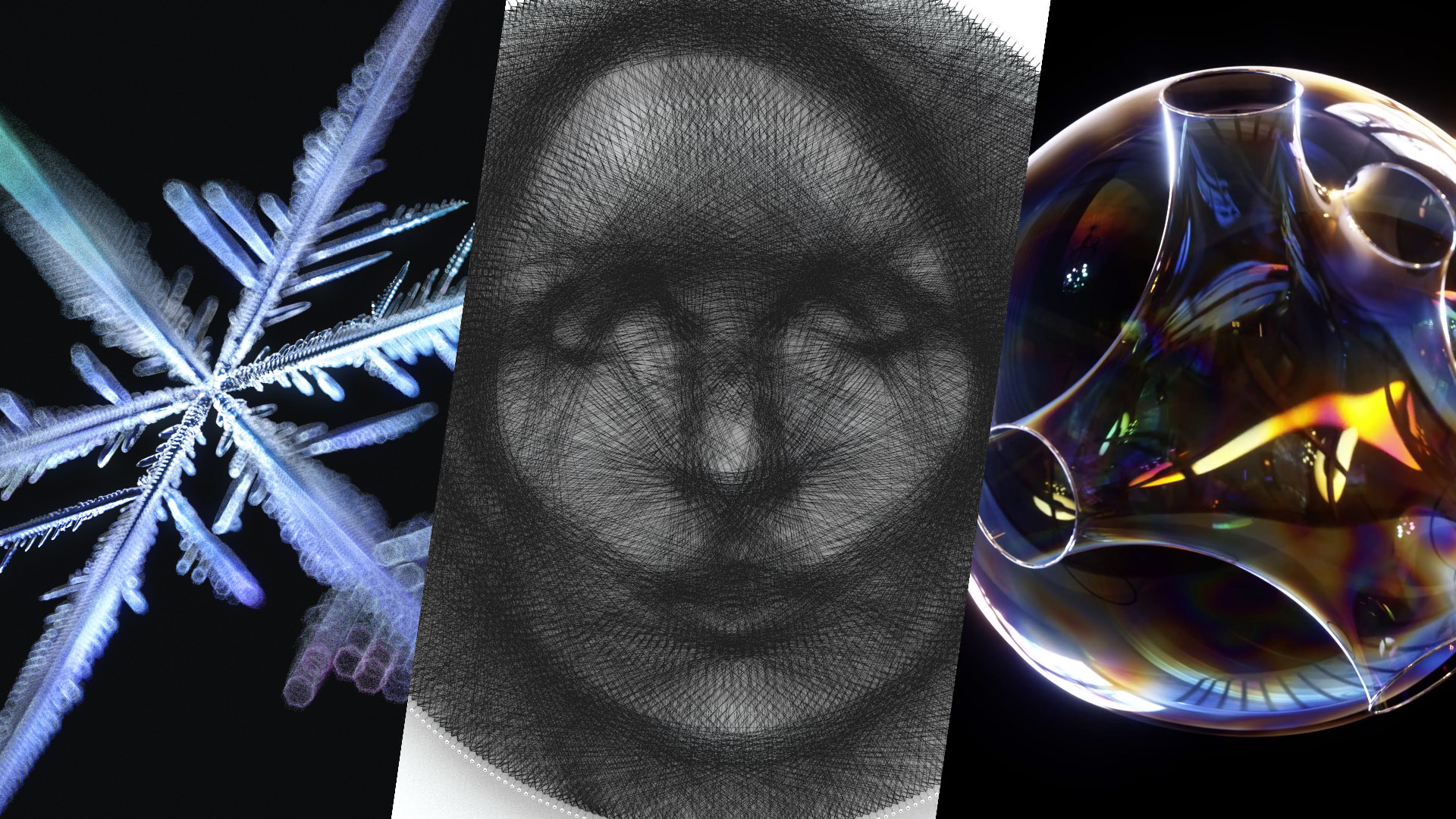 In this talk, Entagma's Moritz and Manuel will cover a selection of algorithms from physics, biology, medicine and math which they use and abuse to create generative artworks using SideFX Houdini. They'll dive into the weird and sometimes tumultuous history of scientific discovery, the extraordinary style of academic papers and how to crack them open and use them in a design centric manner. Enjoy a scenic tour to some of the better and lesser known algorithms used in generative motion design and the events that inspired them. 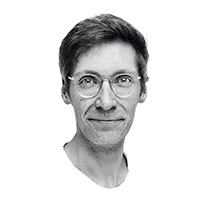 Moritz Schwind is gonna take it apart whether it is pixels, hardware, code or cameras. And sometimes even reassemble it. In his spare time he likes to dabble with code and create generative artwork. He claims his early exposure to QBasic is no help at all when working in Houdini, Blender, Processing or Arduino. But it might have been what started his fascination for the boundaries of code and art. When not wreaking havoc to any intriguing devices around him, he works as a freelance Technical and Art Director. His more recent areas of interest cover the use of scientific algorithms in generative design and the application of AI in creative fields. 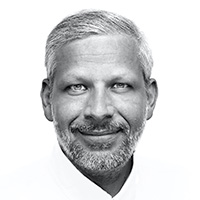 Manuel Casasola Merkle likes to dive deep into the ins & outs of contemporary CG research, burying his desk under piles of scientific papers. An avid Houdini & Blender user, Manuel keeps an open mind about tools and uses whatever it takes to get a job done, thus racking up quite diverse software skills such as VEX, Python, Houdini, World Machine, Metashape, 3D Coat, Krita, Fusion or ZBrush. When he’s not pondering over the state of 3D software in general, he is teaching computer graphics at Nuremberg Tech where he is professor for CGI. Recently he’s diving into high quality asset creation for photorealistic computer graphics. 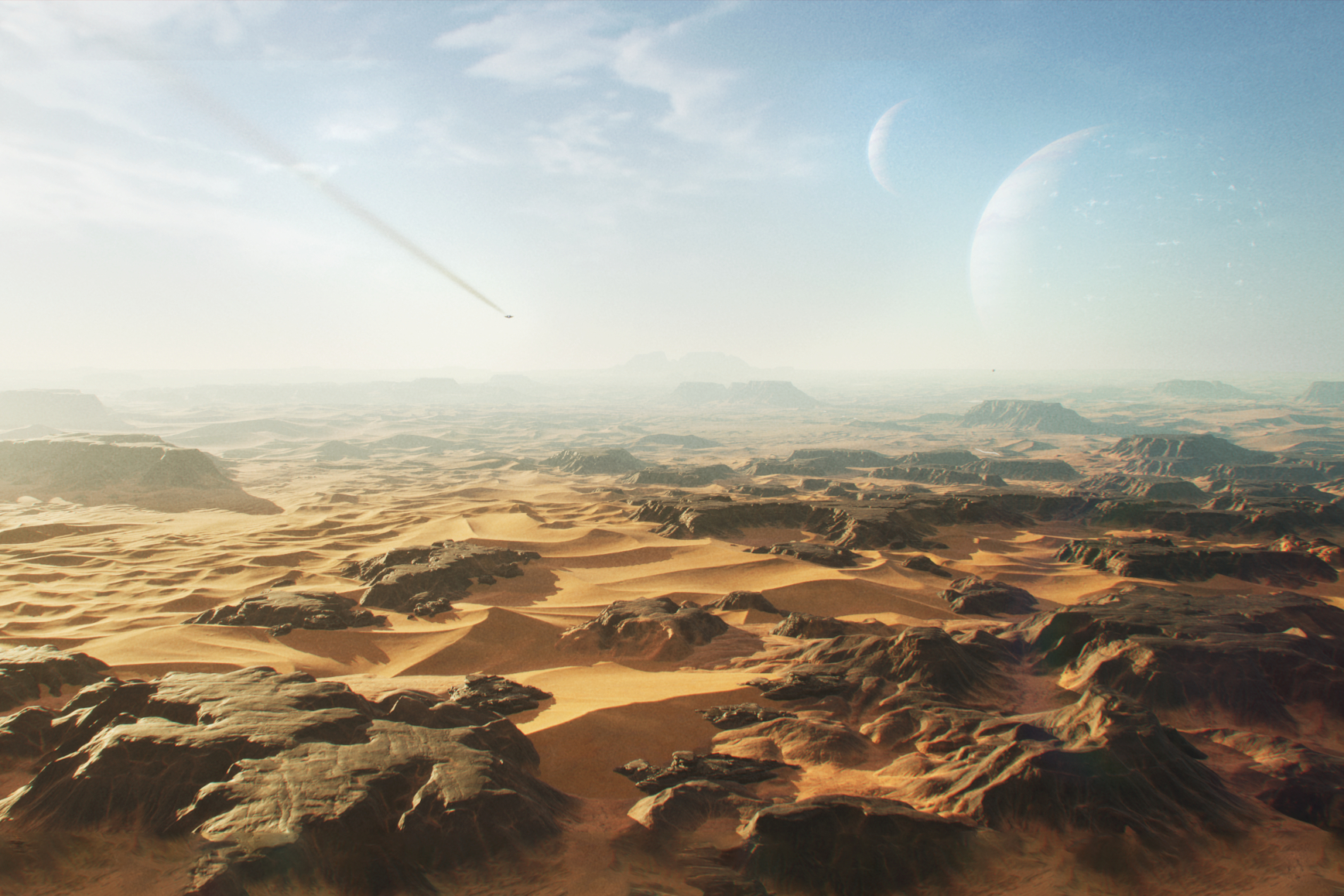 In this talk, Jan will walk us through the creation process of the procedural environments behind his short CGI film Deserted. He will cover how he took advantage of Houdini's HeightFields to create desert plateaus and sand dunes. He will also break down the concept of his Sci-Fi City and Space Ship generators, as well as talk about his experience from a new user's perspective. 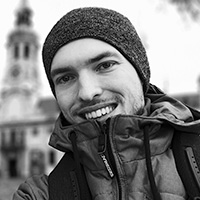 Jan Trubac is a freelance digital artist from the Czech Republic focusing on procedural workflows. After graduating with a degree in computer science, he decided to dive into VFX. His main focus is on creating environments and materials. About a month ago, he released his first real-time CGI short film "Deserted" where he used Houdini to generate most of the environments. 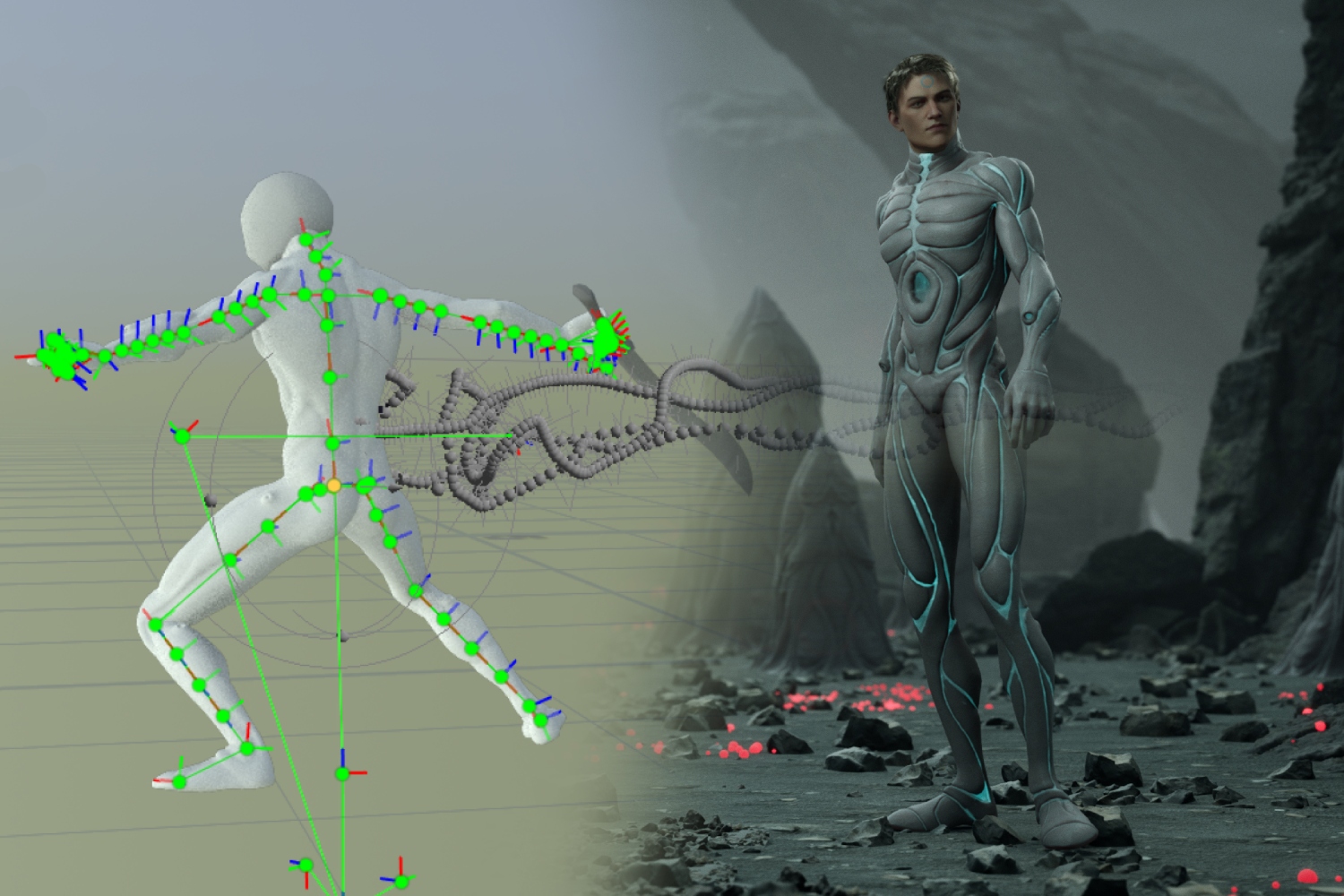 We will explore how KineFX is helping Mayhem Mirror Studios and the video game CRETE to merge all the possible animation workflows into one package, including motion retargeting from Xsens, but also granular motion editing, where we will explore how KineFX is shaping the combat system of the prototype in Unreal Engine 5, keyframe animation using the refurbished rigpose, and finally procedural animation to save hours of manual work. 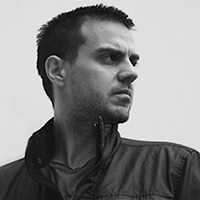 Álvaro Garcia Martinez is an independent filmmaker and game designer. He grew up in Madrid and developed a passion for animation and filmmaking from an early age. He officially kicked off his career in 2010 as a 3D generalist. In 2014, Álvaro directed and produced a short animated film SUMER, which swept a number of selections and awards within the festival circuit, including an official selection at the Academy-qualifying Cleveland Film Festival. As a VFX artist, Álvaro has worked with a number of top facilities, including MPC, ILM and DNEG where he developed visual effects for a number of box office successes, such as The Jungle Book, Ready Player One, Avengers, Pacific Rim and Matrix 4, to mention a few. In 2020 with the release of The Seed of Juna pilot, Álvaro founded Mayhem Mirror Studios and won an EPIC Megagrant, to continue with the pre-production of the full-length feature film but also working as a director and game designer in CRETE, a multiplayer biopunk videogame.