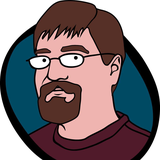 Sorry it's a month after the fact, but I stumbled over this bug today. There's a malformed network in the tool. Dive into the SOP Solver called "remove_broken" and rewire it so it looks like the attached image.

I've submitted a bug report, so this should hopefully be fixed soon. Fixed in 19.5.371.

It's going to depend on the MaterialX team finishing the implementation. As of right now, the Lama nodes are defined but all they do is pass along the reference BSDF with no actual layering, from what I understand.

If MaterialX releases working Lama nodes prior to H20, they might make it into 19.5, but it's by no means guaranteed. Updating a third-party open source product in a revision build is chancy, especially if it comes with significant new features.

Assuming I understand what you need correctly, you need to assign rest coordinates to the model(s), then make a Render Var that reads the rest primvar. In the attached example, I've added a rest attribute to Crag in /obj. The pref (position reference, for those not familiar with the term) AOV is created with a Render Var LOP, setting Source Type to primvar and Source Name to rest.

There may be a more efficient way to get it done; I'm barely fluent with Houdini, myself.
VIEW ALL POSTS