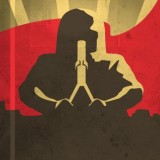 But again, I realize that's way too simplified of a concept. I was just wondering.

Got it. I know nothing about coding at all, so I was thinking of it the way I think about UI's. You have a library of things, so every button is referencing a single (or a few) button designs. Change the referenced design and everything in the UI immediately updates. I just figured a brush is a brush, so update or create a new one, and propagate the features to all brushes.

I'm sure it's significantly more work than that, but I was kinda hoping it was a reasonably quick update. The new tool is pretty darned nice.

Perhaps this has already been discussed, or I'm just showing my level of ignorance, but…. why doesn't the capture layer paint node have all the same brush features as attribute paint?

Shouldn't any node that uses paint function the same?

I was recently working with capture layer paint and realized it was missing some of the great features in attribute paint.