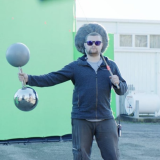 I've a cluster of raspberry pi's (8 of them, connected, which is expandable!!). And yes, although they're not that powerful, has anyone ever experimented with using them as a kind of slave for HQueue jobs?

Yes, I'm aware the power won't be much. But I'm not doing it for huge simulations, or render jobs. Just home hobby stuffy - and making use of several pi's that aren't doing much at the moment.

Just a thought. It'd be nice to hear of any successes or failures before I spend more time thinking about it!

Based off the missing qt4 and based off the fact that the qt 5 installers do not say qt 5, am I right to assume it's qt5?

er…I can't see it….I've copied it to textWrangler, and the only references to qt are: