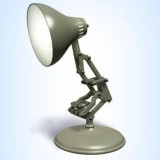 1) Can batching similar geometry and materials when calling addGeometry() from within the procedural significantly improve Mantra's performance? i.e. submit all instances of a particular mesh or material together. In OpenGL renderers this minimizes the number of state changes, but i'm not sure if Mantra cares.

2) If i have a bounding box with 1000 instances of a mesh with the same topology, but displaced vertices and different materials, is there a way to optimize the rendering of that geometry from within a procedural? Something like NVidia's demo at http://developer.download.nvidia.com/SDK/10/direct3d/Source/SkinnedInstancing/doc/SkinnedInstancingWhitePaper.pdf [developer.download.nvidia.com] , though i suspect it's a bit harder to do on non-NVidia hardware :>).

3) when render() is called, is it possible to determine the visible, 3D portion of the bounding box which needs to be rendered? This might result in significant savings if bounding box size is increased.

Hope they're not FAQs..

Cinesite did dust strikes using custom microsolvers for Clash of the Titans (http://www.sidefx.com/index.php?option=com_content&task=view&id=1838&Itemid=68 [sidefx.com]), an approach which requires significantly more expertise. But it's a true volumetric effect which is also capable of handling depression of the ground so perhaps it is worth it for some frames.