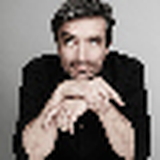 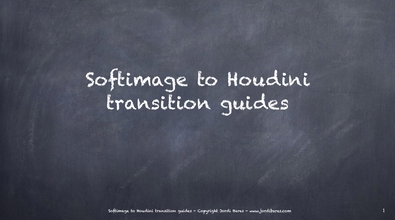 Indeed these are interesting... it would be amazing to have those under Houdini's roof

At first I thought it was just because it wasn't a watertight mesh. But it still didn't work after I fixed this. I've attached my attempt at it.

Thanks for checking it out. The current version doesn't work with the t-pose or the character that have their arms raised high like Erik. There are also these two papers from this year SIGGRAPH that are very interesting.

As long as Kim has a majority stake, I am happy.

Every method has its strengths and weaknesses, the key is that you simply *can't* represent non-linear workflows (think deformers branching and mixing), the kind only Houdini can do, on a purely hierarchical manner, therefore, although strange at first, imho Houdini's approach is vastly superior.

True, visually is odd and sometimes uncomfortable but you will soon enough change your approach when using Houdini to manipulate those objects in a more effective way. For example, you may change from node view to tree based view when needed, or encapsulating things in subnetworks, or using bundles…

Furthermore, with the latest versions of Houdini you can add images to your networks to help group visually very complex things and when used in conjunction with groups, managing data is very very efficient.

Perhaps the question would be to bring a better node arrangements, clever extracts and other appraoches to make it easier?

It may look strange at first, but don't bee fooled, Houdini's is a highly effective method.

If on top of all that you look at Solaris, things get even more interesting.

Blender or C4D's layer-based object system is great for organizing thounds of objects.That's why most of us choose to do the whole shot(eg.scene building and shading)in other DCC,only open houdini for some hard vfx work.

That's really a pity,we should complete a shot/scene in houdini,but it's really painful to do this.Can we have a new solution for this? By the way,C4D R23's node system is closly connected to the original layer system.