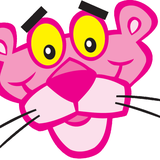 I wonder if it's possible to use Houdini Engine to generate custom collision hulls when bringing geometry chunks into Unreal Engine from Houdini? I am looking at primitive groups/attributes like `collision_geo_ucx` that you can set in HE to make UE generate physics hulls per piece on the fly. However I would like to generate and provide my own collision hulls and tell UE to use those instead somehow...

I am able to use HE to generate a (destructible) geometry piece that consist of multiple chunks that react to physics (e.g. it's falling apart), however it looks like every chunk is generating a convex collision hull in UE based on `rendered_collision_geo_ucxNN` primitive group name. I would like to generate and make UE use another set of geometry as collision hulls that I make in Houdini though. For example by associating a "visual chunk geometry" with another "physics chunk geometry" via an attribute or a group name somehow.

I see, ok, I was afraid that might be a sesinet.d warning.