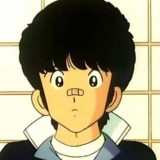 http://forums.odforce.net/topic/26288-quadro-m4000-driver-problem/ [forums.odforce.net] maybe this help a little if you are having the same problem with me.
And,I have two machines and one monitor actually,I use a switcher to switch between them,for my old machine (quadro k2000),to make sure the switcher works,I must update to new driver which cause problem to Houdini,but with old driver where Houdini is ok,the switcher does not work well. Houdini crash every time I switch.So,problem is also about Houdini.

sl0throp
I have this card as well and have to admit, I have more than a few viewport problems. Houdini's viewport has always kinda been a little underwhelming, and I always kinda chalk it up to that. I have only had this card for about a month, but did a full driver re-install the other day. I am not sure yet if has helped really.

Does anybody use quadro m4000? I just bought a new machine with this display card,but there is some problem with pyro fluid display.

Houdini does not crash,but the display is no correct ,the color ,the shadow,you know,I believe it's about the driver.

I am working on windows 10 64bit,and I tried a lot of different version of drivers downloaded from nvidia,but none of them works.

Anybody use m4000 and has gotten the good luck?

Hi,guys,
I am trying to build a digital asset here,It's a asset inside shader,I mean it's at vex builder level.
And now I want there to be some parameter which link to a rotation of an object level camera.
Because the rotation keep changing,so I must like write a expression for the parameter of the DA.
And here is the problem,it seems that I can't write expression at vex builder level,it does not update.
I know I can promote parameter to shader level,but I do want to keep it at my digital asset which is at vex builder level.
So,how can I get that changing data and make it work for my digital asset?
I did some test,maybe someone can check my test scene(houdini14) and help.
Thank you guys.
Peng.
VIEW ALL POSTS