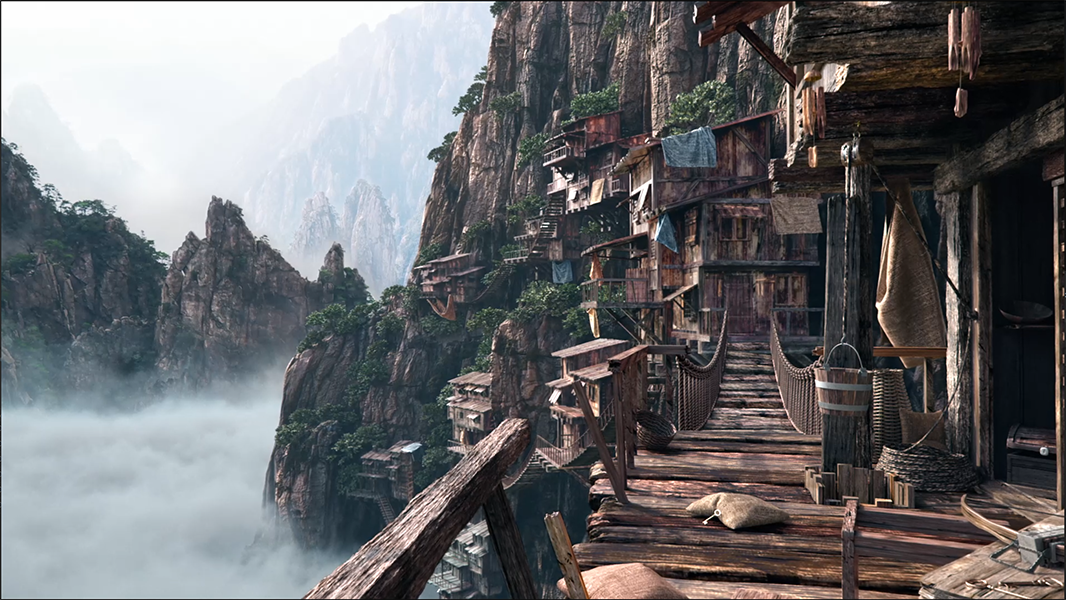 Our Introductory 3D & VFX course takes young artists into their first steps in the industry of VFX. We reshaped the course to introduce Houdini as the application of choice. We start by a brief differentiation between 3D application and work our way to a small initiation on proceduralism. We show it's strength and how it can advantage an artist in production. Laying down those foundations at the beginning, backed with production knowledge and demo examples, provides a chance for students to explore the procedural world unbiased.

We then take a step further by introducing the Interface with some primitive modeling. At this stage, the students have already acquired a strong idea of the network graph, dependencies, and nesting nodes. In the next classes, we go further by teaching them to use Houdini as a modeling tool, procedurally and non-procedurally, so that Houdini becomes a go-to application, minimizing the back and forth with other DCC. We evolve the same way with UVs and texturing, shading, rigging & animation, lighting, rendering & FX.

During the length of the course, we introduce some Expressions, VEX & Python concepts along with a strong introduction on how to build an HDA. Usually, a three-hour course is split in half, where the first part is a lecture with a live demonstration. The students can follow by replicating the teacher's example. The second half represents practice time and applying the learned knowledge on their project with the support of the teacher. In a similar introductory class, environment design, we push the student to use Houdini as a procedural tool to generate vegetation, landscapes, phenomena and fictional structures. Although this course permits the use of other DCC to build their project, the main teachings focus on the procedural ways in Houdini.