The Houdini Indie program has been a successful initiative designed to provide indie animators and gamedevs, who have a gross income less than $100K USD, with access to the features of Houdini FX with very few restrictions.

In response to feedback from the Houdini Indie community, SideFX is increasing the render resolution limit for image sequences from 1080p to 4K x 4K in order to facilitate the generation of high definition imagery, which is especially important for artists creating VR content.

SideFX will also be issuing a supplementary license to all Indie users to allow them to install Houdini on a second computer/laptop, or to work in dual boot mode. The use of these two licenses is restricted to a single artist, who can only use Houdini Indie on one of these computers at a time as per the EULA.

With these added features and the recent addition of third party rendering, SideFX has set a new annual price for Houdini Indie of $269 USD for a single year or $399 USD for a two-year term.

Existing Houdini Indie users will get the home license added to their license entitlements by February 20, 2018. The render resolution increase will be available once you upgrade to Houdini 16.5.378. This resolution change will not be ported back to older builds of Houdini.

If you have any questions regarding these changes to Houdini Indie please contact us at indie@sidefx.com.

The new production build also includes a new UV Flatten node. This node was rewritten from the ground up and is designed to support both hand tweaked and procedural use cases. Here are some of the key features of this exciting new tool: 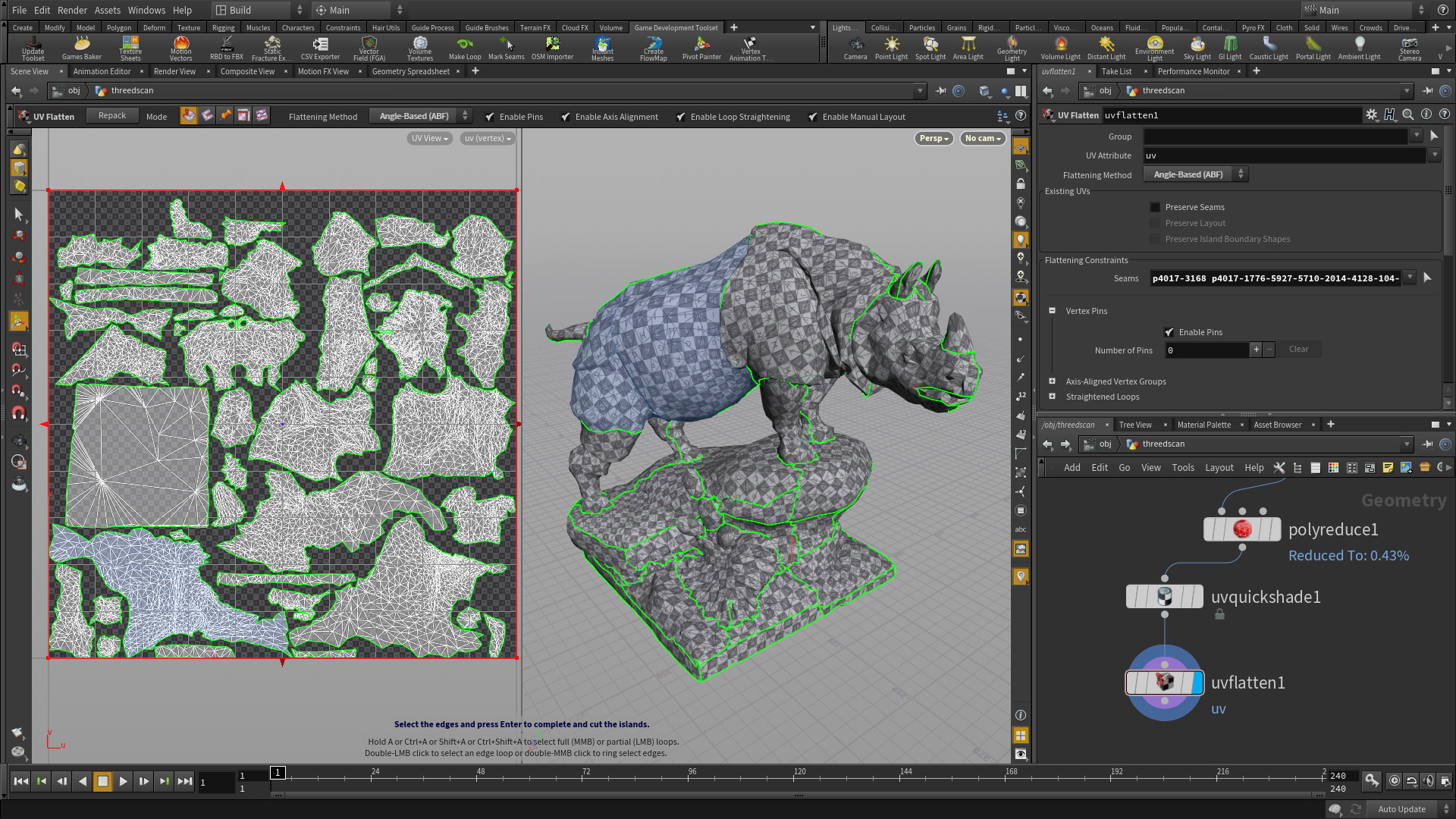 This statue scan from threedscans.com is in the process of being UV Flattened

The new production build includes a number of features to improve the import/export of FBX files, especially for gamedevs: