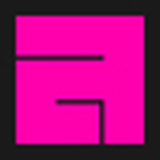 You should add $RMANTREE/lib to $LD_LIBRARY_PATH for the shell you're using.

if necessary, make a symbolic link for libprman-15.2.so that points to libprman.so

You can view the python source on slo2otl.py and see that it depends on two different binaries. “sloinfo”, which ships with prman, and “rmands”, which comes with houdini.

I would locate both binaries, and run ldd on them to see if there are any missing libs.

You might also be able to run hython in verbose mode (passing -v), but I'm not sure. (it could be a python issue, instead of the above)

enderki
hello I had a question about how these 2 differ from one another when use to deform geo.

I watched the CmiVFX Vex volume 1 and follow the twist deform formula, however I notice something. when Done in VopSop my deformation isn't as clean than when it's done in Vex. could someone explain to me why it does that?

I had thought the 2 were the same code.

plus on another question is why Vopsop vs Vex. performance?

thank you for any help.

Are you referring to the difference between implementing VEX in SOP's vs. a Displacement shader rendered with Mantra ?

If this is the case, the rendered result is much smoother since Mantra dices the geometry to a very fine level of detail, where SOP's is typically not using near as many polygons. (More info here [sidefx.com])

You can put down a subdivide SOP and crank up the levels until your result more closely resembles Mantra's output, but take caution not to set it too high, or things will get really slow.

A VOP SOP is processed in real time as you are working in Houdini, so it's going to be much slower than Mantra.