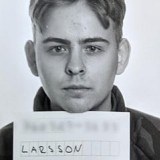 also if you hit ‘g’ in the unreal viewport it toggles “interface” items and just shows game things.

DASD
Seems you don't want to bake to HISMs/ISMs (Instance static mesh component) and in that case, the function you are describing should be already available in the current version of Houdini Engine for Unreal. (Though I am not 100% certain about that.) If you were baking to HISMs/ISMs (for optimization purposes) you can only have one set of materials per HISM/ISM component. You can only change all placements in the component at once. I described work-arounds for that scenario.

Well since you use the point attribute “unreal_instance” when defining them I tend to call them instances though in the end I do bake them down as actors having set “unreal_split_instance” detail attribute, I could have been more detailed about that.

As far as I know you can't do it, and saying you think it's available but are not sure doesn't add anything.

There is “unreal_material”, previously “unreal_face_material” but that does not work for this (last time I checked at least) since it is for generated mesh not “instances”. And “unreal_material_instance” is for creating material instances not overriding instances/actors baked down.
VIEW ALL POSTS