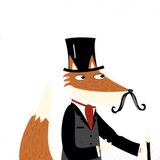 mqserver is used by PDG jobs when they are running with deadline and hqueue schedulers to RPC back to PDG, it's also used to coordinate 'services', used in local graph cooks. The python module pdgutils can be used to communicate with mqserver at a low level, but jobs use the pdgcmd/pdgjson APIs as documented here:

There aren't any online docs for pdgutils yet, but there is the usual pydoc on the module.

> what sort of things you can communicate

The communication is primarily job -> PDG, through pdgcmd. However mqserver is a general purpose pub-sub server that could be used for custom messaging as well.

If you want to use this for a custom scheduler, I would recommend looking at our implementation for HQueue Scheduler in $HH/pdg/types/houdini/hqueue.py. The simplest approach is probably to only support MQUsage.CONNECT, which uses a known running mqserver so there's no need to spin anything up per submission.

What is the Deadline ROP doing? Just guessing, since I don't have Redshift installed: I think you would have to set up a ROP Fetch TOP that cooks the Redshift ROP first in 'archive' mode followed by a ROP Fetch TOP that cooks in 'render' mode. These would both be using houdini engine licenses. Possibly the render step could be done with a pure python script or generic generator so it doesn't use an engine license. This is what the Render IFD and USD Render TOP nodes do.

Ya, we could do that. We could probably expose them all as extra job parms.
Are you skipping Extra Info 0 intentionally ?
VIEW ALL POSTS