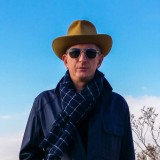 OneBigTree...I really have to say that I think you are wrong on so many levels, but I understand, learning curves can be tough. I don't think that redshift can be mastered in a day unless you just make simplistic motion graphics. I have been using Redshift since version 0.5. I have spent many years working with renderers, starting with ElectricImage, Mental Ray, and Prman. Currently, I use, Mantra, Redshift, Karma, Unreal, and straight up openGL and, I don't think I have mastered any of them. I have just recently gone down the MaterialX, Karma XPU road and am pretty impressed with the quality, speed, and with what you can do. Whatever Redshift is, it is not a production renderer in the same way as Mantra, Prman, or Karma. But that also means, maybe it is not the renderer for you, and an easier solution is more compatible with the kind of work you do.

To say as an individual artist that you will never need USD, you are ignoring the direction that the industry is headed and don't understand what the benefits are. If you want a fast renderer why not try Nvidia Omniverse and understand the direction that industry is headed, or just open a USD file in Touchdesigner. There is a reason that it is the backbone of Pixar and what every studio is or will be moving to.

3D is getting easier for everybody, and making trivial 3d is now open to those that just a year ago were only using illustrator. As the tools get easier, your job gets more and more replaceable. Ultimately, an artist can make great work with almost any tool, but I have never really met an artist that has mastered anything, let alone in a day. Explore the world around you, there is much that is interesting out there

I am not 100% sure what you need exactly but I have done this conversion in the past. All I had to do was replace the header files. As an example, I would just paste what you have at the top of the file and replace what was there, obviously leaving all of the coordinate data.

Why can't you just use a tri-planar projection on a shader? That does exactly what you are looking for.
VIEW ALL POSTS