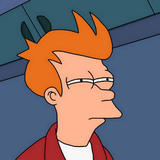 FYI, the issue with the progress/interrupt dialog not closing is fixed in tomorrow's 19.0.656 build.

The workaround is to ensure that you eject the old disk image first before mounting the new one. There are a couple of ways to do that:
1) In Finder, look on the left-hand side and see if there are any Houdini disk images mounted. If there are, then eject them all.
2) In a Terminal, run "hdiutil detach /Volumes/Houdini".

Once you've ejected all of the old Houdini disk images, then you should be able to mount the new one, 19.0.630, and see the contents of the new disk image.

I hope this helps.

The HE plugins will be one of the last components to be ported to the macOS Apple Silicon (AS) architecture since the plugins are dependent on the host applications supporting Apple Silicon as well. Unreal, for example, doesn't have a native AS build so we are blocked on that front for now. But from a quick Google search, it looks like Unity has a AS tech preview, which is good. I can't really give an ETA but Unity would be the first HE plugin we would port given the current state of the host applications.

In the meantime, if you are ok with working in the x86_64 Unity editor, then you should be able to use the x86_64 HE Unity plugin even on M1 machines. The main x86_64 Houdini macOS build (and HE plugins) can run on M1; it would just perform generally slower (to varying degrees depending on the workload type) compared to the arm64 Houdini macOS build.