TORONTO: Feb 21, 2017 - SideFX is pleased to announce the release of Houdini 16. A new network editor along with viewport radial menus make Houdini 16 more approachable for new artists and even more productive for TDs. New terrain-building, character rigging, shading and VFX workflows, along with hundreds of new tools and improvements make this a must-have release.

Houdini 16 is our biggest release ever. Not only do we have features and enhancements for customers creating VFX in film, TV and games, this new release brings significant improvements to modeling, lookdev and character rigging. 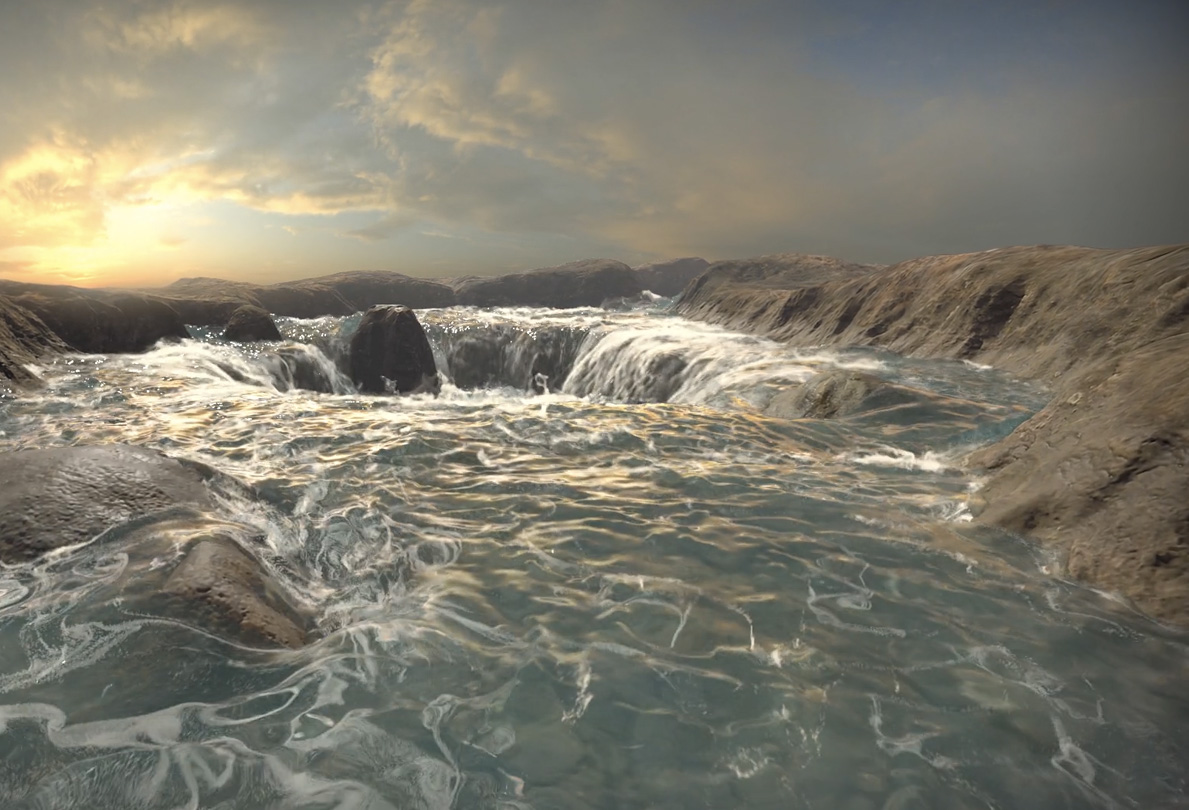 Houdini 16’s terrain system lets you layer and edit terrain easily with tools such as procedural noise, or paint or mask out areas directly. The operations are very similar to image compositing, so terrain artists will find the Houdini workflow familiar. The terrain can then collide with fluid simulations, crowd agents, particles, RBD/destruction and Pyro FX – without converting the heightfields into geometry.

The new hair and fur tools let you easily layer and blend attributes while mixing things like frizz, clumping, bending, parting and curling. Trim or extend hair using 3D brushes; employ masks to isolate areas of interest; paint any hair attribute in an interactive yet procedurally-safe manner. There is nothing black-boxed about the new system, and the artistic freedom it affords is endless.

Houdini Core and Houdini FX | Houdini 16 can be downloaded from SideFX.com immediately with Houdini Core available for as low as $1,495 USD (with a promotion running until May 31, 2017) and Houdini FX available for as low as $4,495 USD. These prices include first year on the Annual Upgrade Plan which provides production-level support, and access to daily builds and all releases and updates.

Houdini Indie | Houdini Indie is also available for $199 USD per year. This version offers limited commercial usage for indie gamers and animators making up to $100K USD per year and cannot be used in the same pipeline as commercial versions of Houdini. Houdini Indie uses its own file format for saving scenes and assets and renders animations up to 1920x1080. These annual licenses include all upgrades therefore existing Houdini Indie users will be issued upgrade licenses on release day.

FREE Houdini Apprentice | For students and artists looking to learn more about working procedurally, SideFX has a free Houdini Apprentice Edition which allows non-commercial usage with a render restriction of 1280x720 and a watermark.