This is an ongoing episodic piece that I'm making called Broken Angel (working title). It is an attempt to bring audio and abstract (ish) CGI together in a variety of interesting and/or affecting ways. The idea with the episodic thing is for three reasons; the first is that it's much easier to split such a big project into segments and actually finish things. The second is that I thought it'd be an interesting idea to take an almost "madlib" approach (or like these drawings you did as a kid where you make funny monsters on a folded bit of paper), where I end each episode with the first frame of the next episode, and vice versa with the start. Although the whole thing has been sketched out, the details of each episode will dealt with episode-by-episode. Finally, I wanted to have a different theme and style to each episode, whilst maintaining a continuous (albeit loose and abstract) narrative.
This is the second episode (third one to be completed). 3D was in Houdini, 2D in Nuke, with some extra things in AFX. Audio in Ableton, with a couple of hardware synths. Lots of pyro fx on this one, lots of particles too, most often advected by other pyro fields. This is a bit of a "link" episode, getting from a to b. 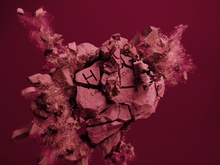 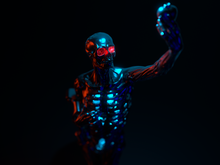 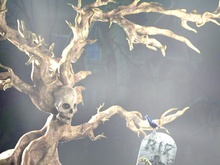