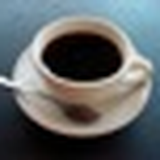 Hi everyone. I decided to post my question in this forum due to all the power users that are chiming in here. I“m currently using Houdini and Modo to render a massive amount of Marbles rolling down a ramp. I'm a power Houdini guy and my lighting team is working in Modo.

We've had amazingly good luck passing a big particle set from Houdini to Modo using Alembic. It's fast & efficient and best of all the velocity vectors seem to come across successfully. I was sceptical because the particles are emitting throughout the shot and the point count is changing. I thought that was going to be an issue but it didn't seem to be.

What is a problem is rotations. The balls need to roll but they're not reorienting in Modo. Does anyone know if an attribute of some kind can help with this? I have the ”orient" attribute on export from Houdini but I have no way of knowing if that is successfully making it across or if it is what Modo would need.

Any help with this would be appreciated. Thank you!

I'm looking for a good solution for creating an IK rig that behaves like a 6 axis robot arm like one would see in a modern car factory. This means each rotation axis would be heavily constrained to it's own rotation axis.
My target that the rig will follow is a matchmove so it needs to follow it exactly. In theory a six degree robot should be able to follow any point in space, but the math escapes me right now. Have any of you done something like this? Curious to see what's been done in the community.

Thanks in advance,
Jonah

I'm having a hard time wrapping my head around something so I thought it best to ask the experts out there.

We're about to do a project where a rigid object ( like a box or a tea kettle ) is floating weightlessly in a room. It is being blown around by wind and bumping into objects as it goes. What we would like to do is loosely keyframe the object for basic choreography and timing but have the dynamic object “follow” it, like a target. This way you get the benefit of having keyframed motion influencing the dynamics.

Would a sop solver be the right way to go here? Field force? It's been a while since I used dops so any advice or examples would be appreciated. I'm sure there's an elegant solution out there but I'm just not able to think of it.

Thanks very much!
VIEW ALL POSTS