We will see how Maya’s modules are similar in concept to Houdini’s contexts such as DOP’s and SOP’s etc, and we will compare common professional workflows in both software’s including  Assets, Expressions, Shading, render layers and AOV’s. 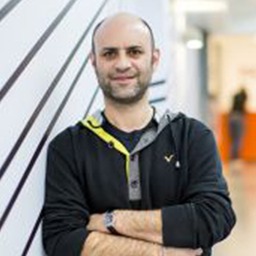 Mark is the Head of 3D at Escape Studios/Pearson College London. Mark has over 10 years working in film VFX and another 10 years working in higher education and teaching. Mark got his big break at Peerless Camera Co, the production house co-owned by Terry Gilliam, and worked on every Gilliam film from ‘Fear and Loathing in Las Vegas’ to ‘The Imaginarium of Dr Parnassus’, starring the late Heath Ledger.

He also worked with director Martin Campbell on ‘Zorro’ and ‘Mask of Zorro’ before supervising on the set of ‘Casino Royale’. Mark was lead of the CG team that worked on the parachute scene in ‘Angels and Demons’, on behalf of post-house Double Negative. Mark was heavily involved in the design and development of the undergraduate and postgraduate programmes at Escape Studios working with many industry partners to ensure that the courses he designs deliver the right skills for the right jobs.