After that, you will procedurally texture the high-resolution rock andoutput its diffuse and roughness with another texture bake. Then, using TOPS, you will procedurally generate variations of the rock and automatically bake out all maps and geometries.
Finally, you will add a LOP variant generator so that all of the generated rocks can be added into a single USD variant to be used in Solaris. This tutorial shows techniques that extend beyond rock generation and can lend themselves to a wide range of applications. 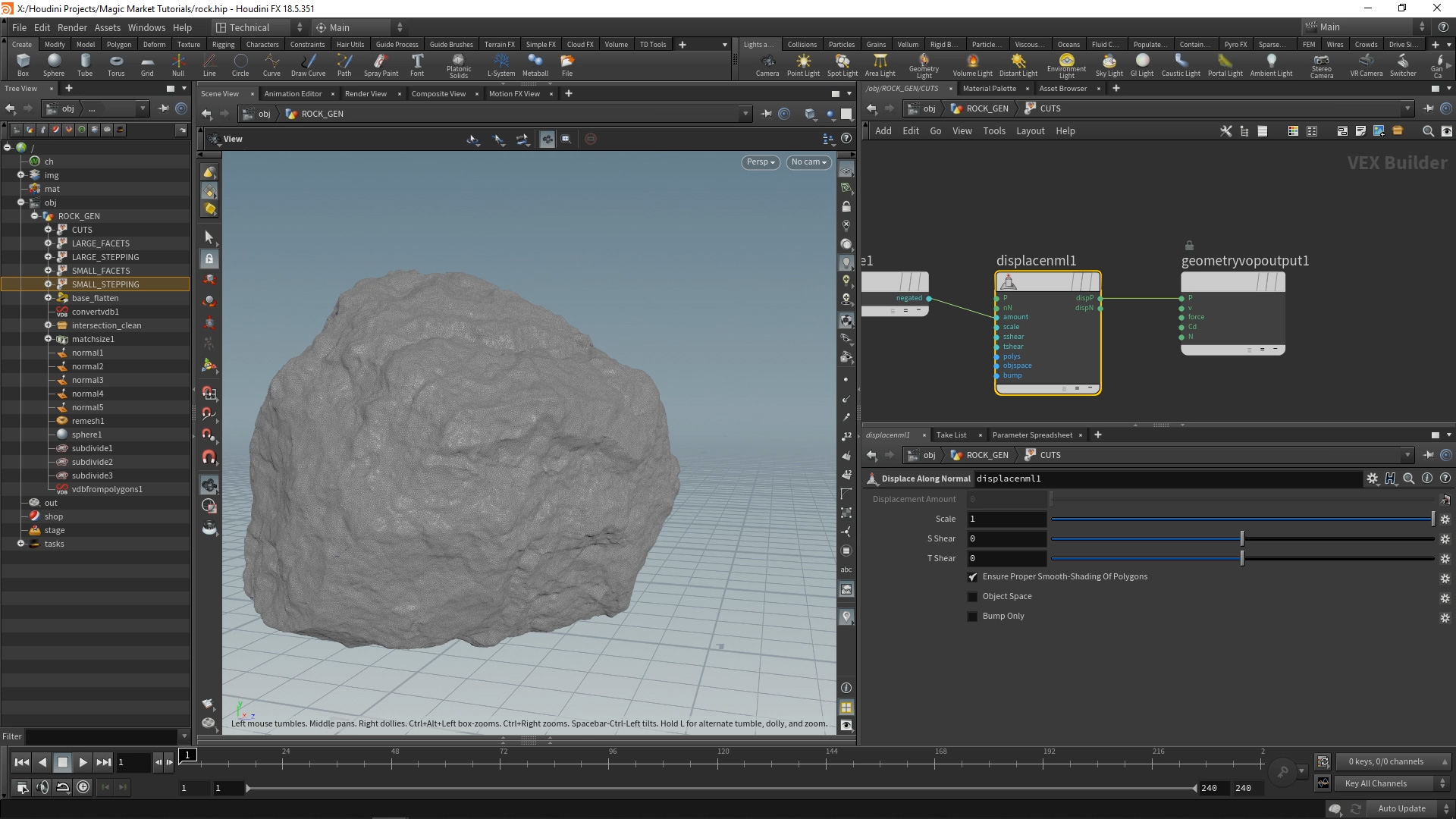 In this part you will use various techniques to generate a high-resolution rock geometry. Thiswill require a plethora of VOP-based noises to add levels of detail to the rock. In between certain noises, you will learn how to clean up the geometry to avoid intersections and floating geometry.
Length: 28:35 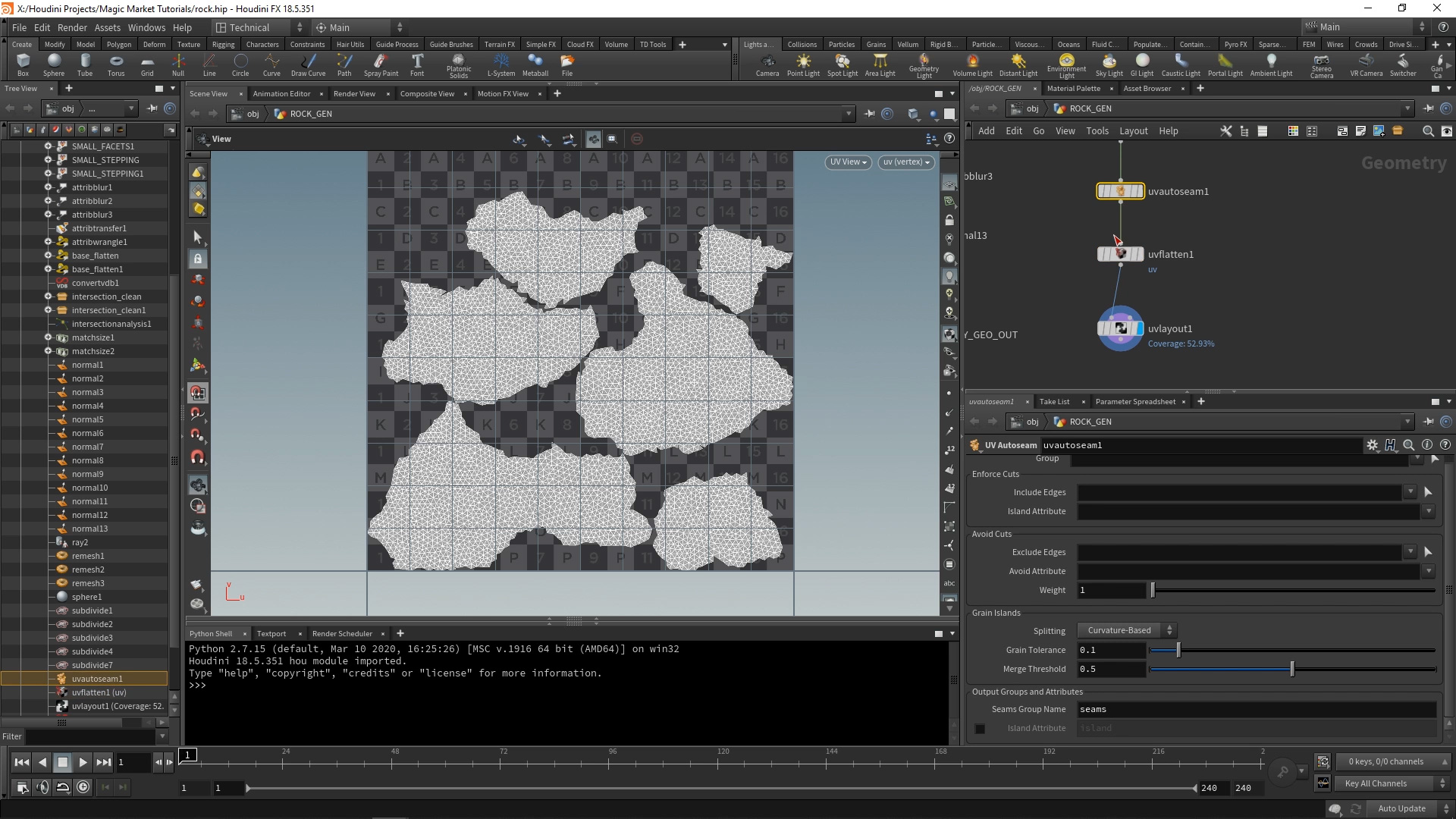 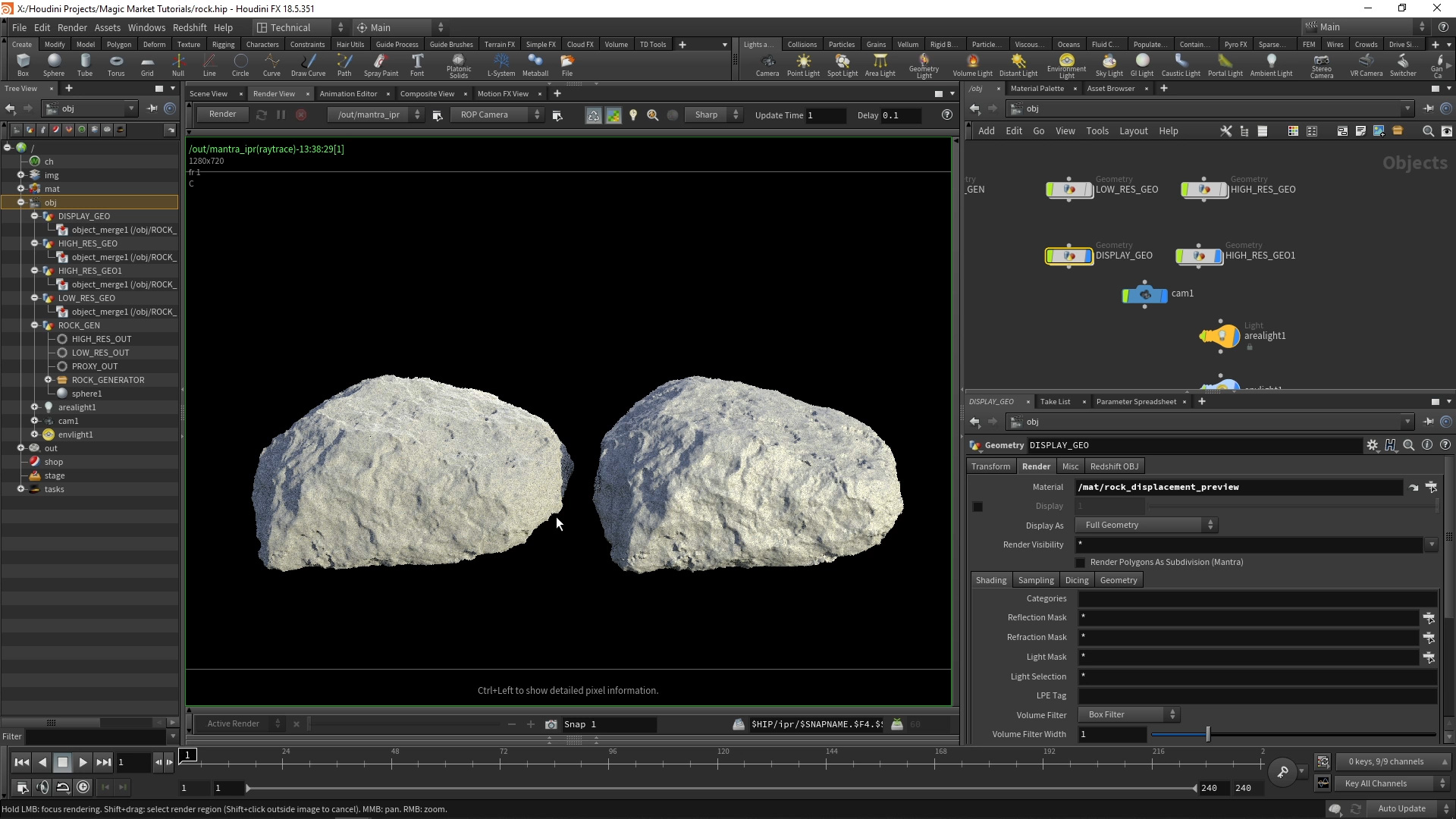 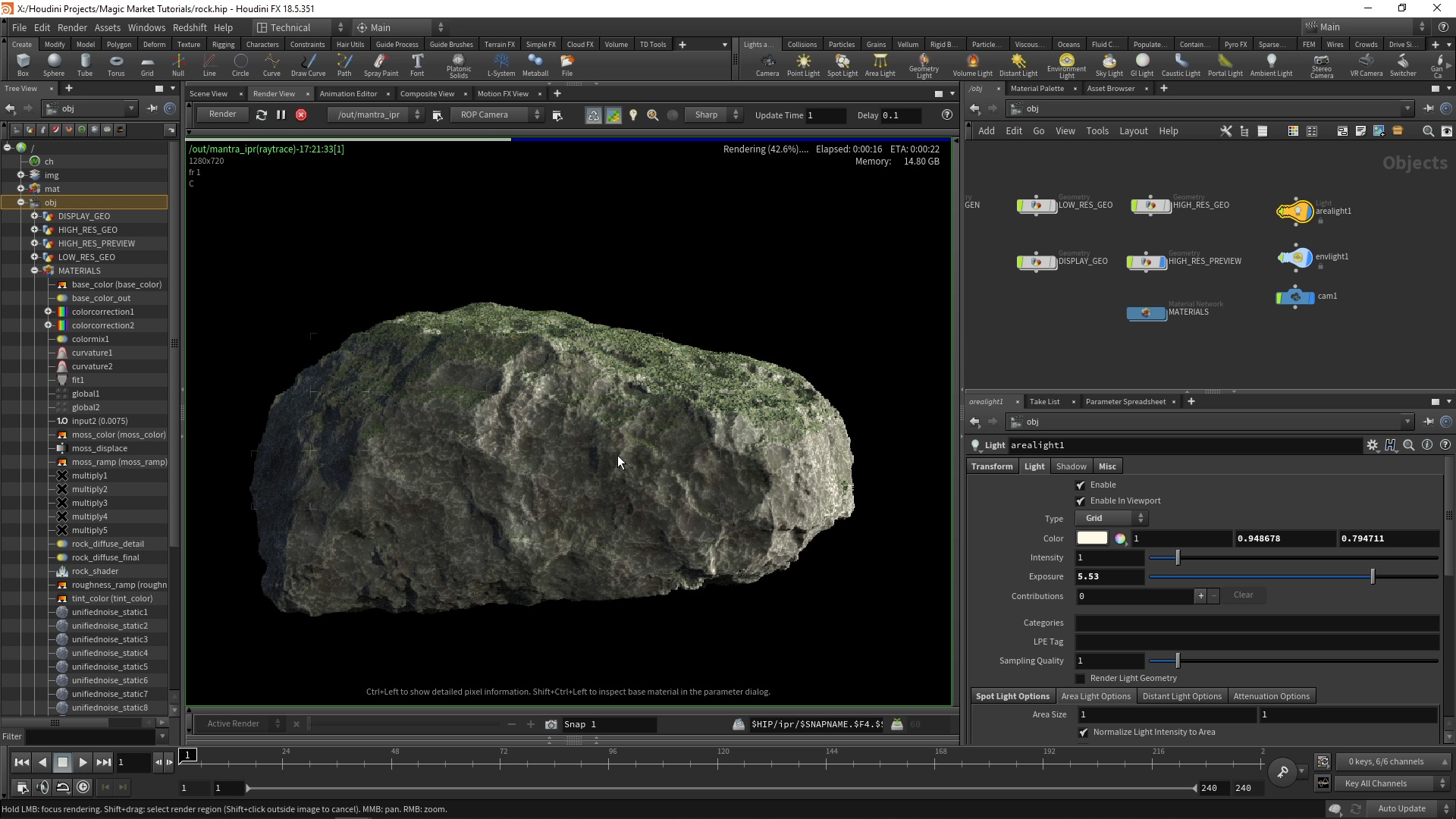 In this part you will learn how to procedurally generate textures for a high-resolution rockusing curvature, noises and various other techniques. Using the high-resolution rock will allow for a detailed texture which can be baked out as a texture map and used in conjunction with the displacement map to increase the level of detail on the low-resolution rock.
Length: 22:33 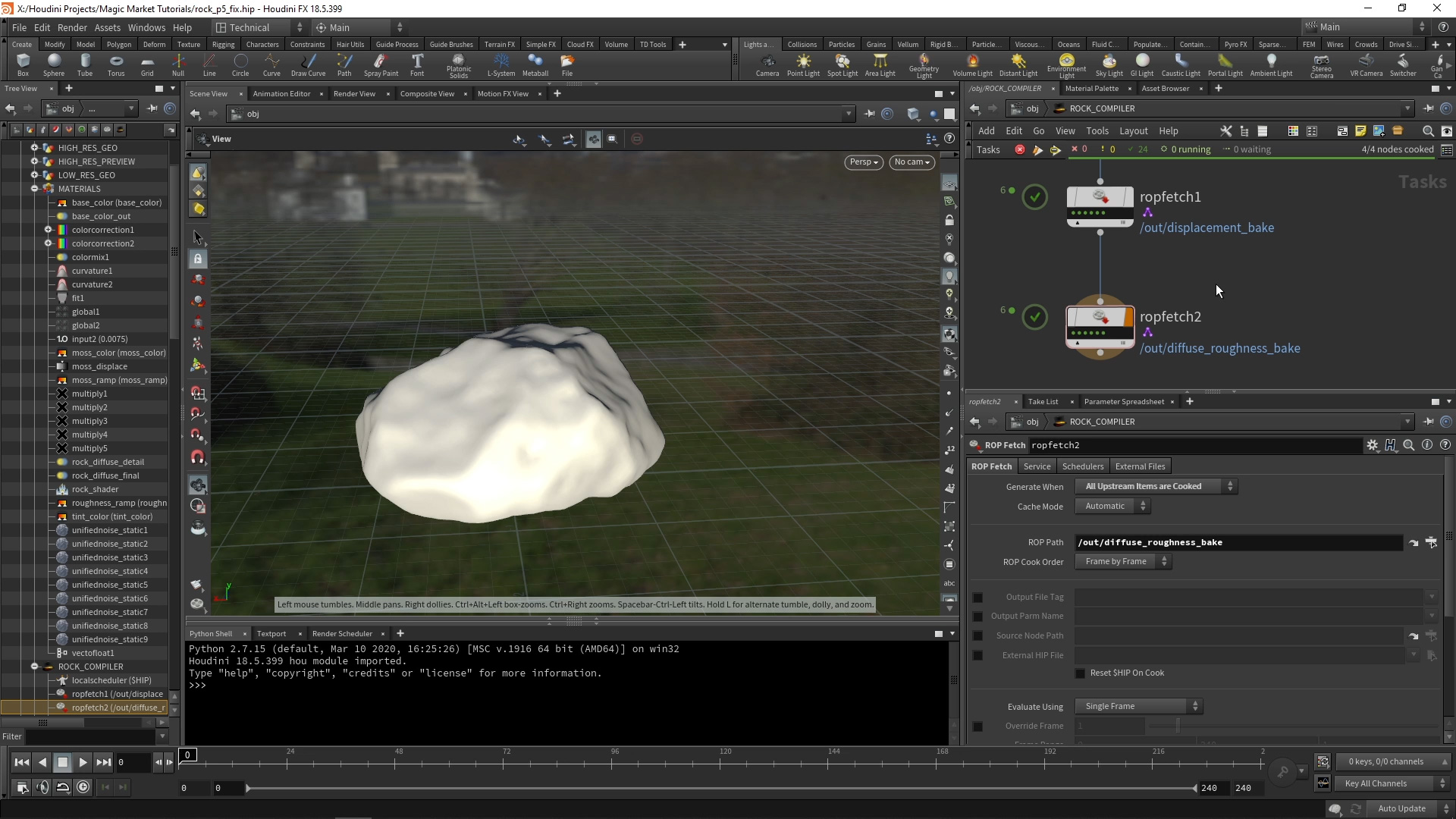 In this part, you will learn how to use TOPS to automatically generate variations of our existing rock. By feeding values into our rock generation tool through TOPS, various wedges can be generated and each one will output a different output. Using this, you will beable to add your displacement and diffuse/roughness ROP texture bake nodes into the TOPnetwork. This will automatically generate the corresponding textures for each rock variation.
Length: 25:54 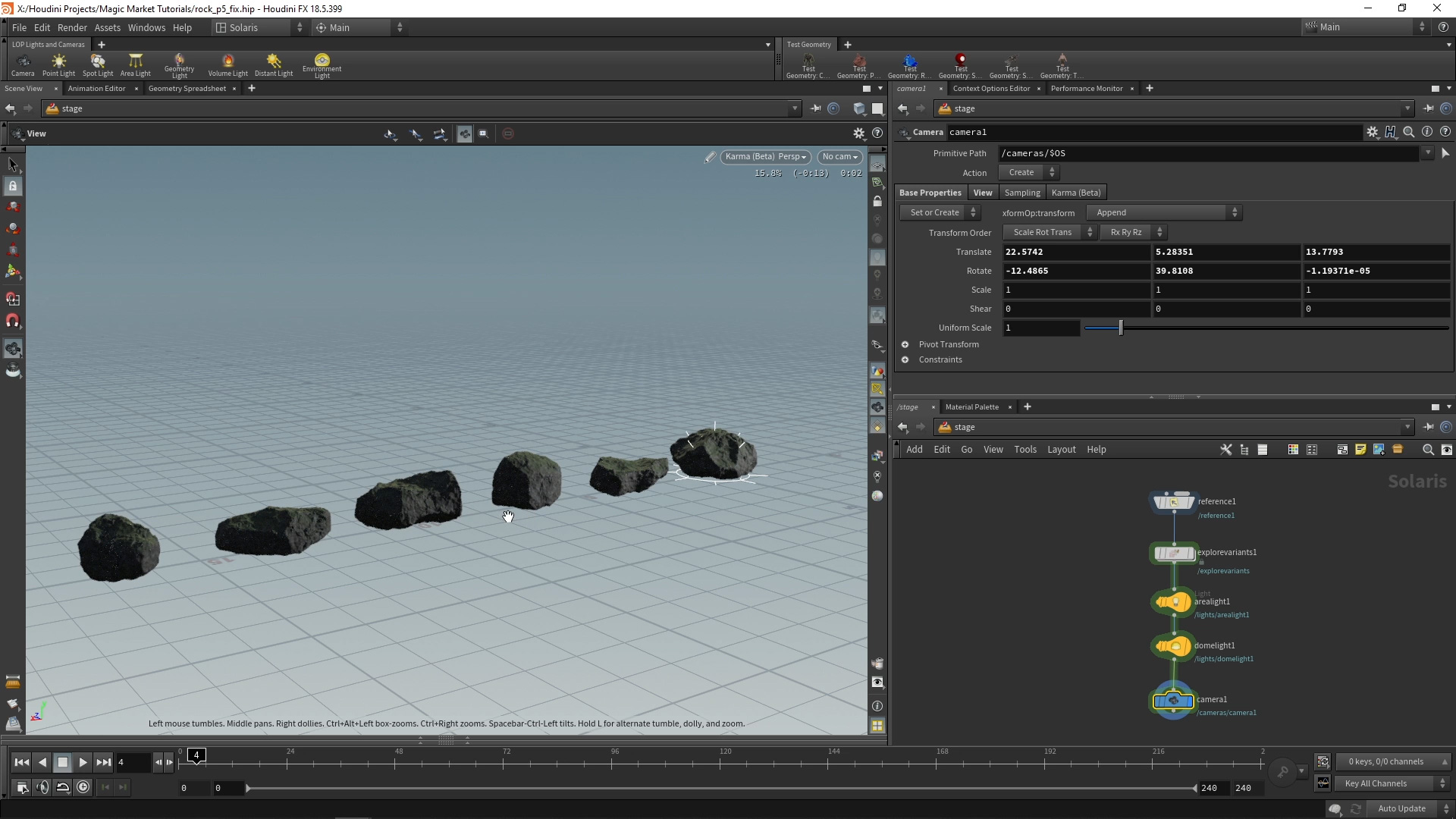 In the final part of the 'Procedural Rocks Tutorial Series', you will learn how to combine all existing geometry and texture maps into assets which can be further fed into a variant generating system which will produce a single USD asset which contains all of the rock variations as variants. This can be used in Solaris to instance rocks on a terrain.
Length: 22:02