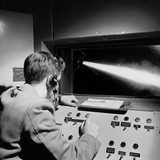 Thank you, I am using it now. Question about using forces with the point cache. It is demonstrated that forces can be added to the simulation. I have having an issue where the simulation becomes unstable with added forces and the issue compounds each loop until the whole sim is a recursive mess or point locations.

When I try to add forces to the cached simulation as is sown in some of the demonstrations each loop gets more and more distorted and the particles begin to jitter around. I am using the default Houdini Basic picking my Point Cache and then putting a noise, everything looks and works fine until I use a noise to add a little variation. I have also noticed that each loop doubles the number of points. Is there something more I should be doing? What is the correct setup to have?

UPDATE FIXED
It's worth mentioning that if a sim needs to loop they should be killed before the end of the exported cache's last frame or pad the loop beyond the lifespan. I think when Niagara injects more particles and looses track of ID's.

Is there a way to get this to work?

In the foreground is my working mesh and in the back is the mesh applied as a particle. I'm guessing it has to with world space offset... is there another way to offset this in local space? Is that just an animated displacement?
VIEW ALL POSTS