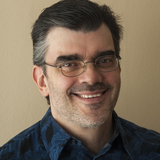 Also, make sure you are using a supported video card and proper drivers for it. You can rename your preference folder, and restart Houdini. When Houdini rebuilds the folder, you can move some of the files from the old one into the new one, and copy the .env file contents as well.

Getting error: You need to be logged in to view https://www.sidefx.com/download/download-installer/versions/windows/ [www.sidefx.com] It's worked before. Just started to not work.

ctedin
If Houdini has full support for animated GLTF/GLB export to Blender's level, I'd feel a bit better about dropping Blender. Motionbuilder is still the standard for motion capture work, but Houdini's KineFX is really impressing me.
I've been looking into Modeler 2.0 from Alexey Vanzhula, but wondering if the new tools in 19 would close the gap. I might pull the trigger if my next project needs more traditional modeling. I LOVE Houdini for most of my modeling needs. It's really flexible, although the interface is not as smooth as I'd like.

they both got it from maya

In all honesty I have no idea, they just look pretty much the same, so I assumed that it came from Houdini, just like I assume the blenders' geometry nodes come from Houdini as well, although I might be mistaken!

Sorry, I should have been more clear. Missing in 18.5 is any animation exports, especially multiple named clips/takes. As far as I can tell, it only exports static meshes. I use animated GLTF files to three.js files quite a bit. It seems that version 19 might support this, which would be fantastic. If anyone can find the animations export setting for GLTF in 18.5, I'd be pretty jazzed.

If you compare the stock exporter in Blender to Houdini 18.5, there is really no comparison. Lots more options in Blender. This is just a small sample. You can scroll up and see more. Blender has been my tool of choice for Three.js work. Houdini could really blow it out of the water with only a little work.
VIEW ALL POSTS