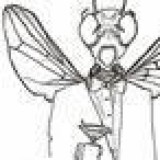 Ok. I got it. I have to delete the attributes that I don't want to store in the deformation layer. Kind of obvious. SOP Modify is only a wrapped SOP Import with some predefined inputs.
Thanks anyway,
Mate

I have a relatively heavy geometry with UVs, and Normals which is deforming. I would like to have a layer that only includes the deformations of the points.

What is the intended way to do this in Solaris?

Unfortunately I have to use "Flush Data After Each Frame" otherwise Hou runs out of memory and crashes.

I tried to use SOP Modify to update the point coordinates even after a layer break and sublayering it back over the geom, but the resulting layer's size keeps as big as the full geometry multiplied by the number of frames.

How can I create a layer that only stores the deformation information?

Thanks in advance,
Mate

Thanks! That's exactly what I was looking for.
VIEW ALL POSTS