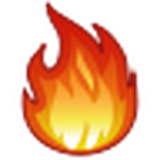 Thanks for the suggestion. If you look at what the csv exporter rop does, it calls a python definition from the pre-render script section of that shell rop. So that should work.
I am trying to 'stick with tops' and was trying to figure out if what I wanted to do would be possible with tops only.
Turns out that it is not possible with only tops (currently). So a chain of rop nodes seems like a clean solution.


Thank you tpetrick for the example file. I see the 'frame by frame' parameter on the ROP fetch TOP.
And the info of the 'Output Parm Name' makes sense as well. When you mention 'so it can evaluate that path for cache checking', is that also what is used for 'Delete This Node's Results from Disk'?

Thank you for your explanations!

For 1)
The clarification in regards to writing out multiple outputs during one work-item by fetching a rop network consisting of multiple rop nodes makes sense and I will try it. An example of this would be very much appreciated. Thank you.
If this also makes it so the cook of the heavy geo only happens once (per tile), then this is probably the approach I will use going forward. That seems to be the best approach forward for this task.

The analogy with simulation data sort of makes sense as well then, but makes me curious if that would A) write the sim data first (for all frames) and then write the additional output geo (for all frames - potentially recooking the sim?). Or if B) the sim data is written out frame by frame and after each sim frame finishes, the additional output geo writes (frame by frame) thereby avoiding recooking.

Is this dependent on how the rops are wired perhaps? (in sequence, vs in parallel merged?) -- Normally I think rops don't tend to do frame-by-frame dependencies. They tend to run the entire frame-range before moving on to the next rop. Maybe I'm missing something here?


I see now in regards to partitions that they are behaving more like groups of work-items that are visually packed together, but under the hood still execute individually.


For 2)
This makes some sense, but also massively reduces the usefulness of tthe pythonscript top. I guess its' purpose is more to directly manipulate the top attributes on the work-items instead of trying to pull (changing) geometry data from the scene.

I am trying to find out what the best way is to write out meta-data into a json file whilst I am processing a bunch of geometry.

I have attached a file to show some of the different ways I am trying to get this meta data out.

In this example I have different polygonal tiles that I want to process (think terrain).
Ultimately each tile will end up subdivided with color data and a custom (single float) mask. This color data is then brought into COPs and written out as a texture (png).
Besides writing out the texture, I also want to write out a json file that contains information about the tile. Specifically the min and max values of the custom mask.

What I have tried so far:
What works:
*) I created a python sop that writes the metadata file whenever this sop cooks. If this sop is injected right before the node that goes to COPs is called, then it will correctly bake out the json metadata. -- Although this works, this seems a bit hacky as it is not really part of the tops chain. -- And the metadata will get exported whenever the python sop cooks (also whilst debugging the sop network).


*) I used the labs csv baker tool to bake the metadata as csv. In this case the python code lives on a digital asset and the definition is called through a shell rop inside of the csv baker rop. This does seem to correctly update the geometry so the metadata is updated correctly. ( I can build my own json baker tool similar to the labs csv exporter tool if this would be a good approach)

My concern with this is that the 'computationally expensive step' is executed twice. Once for the writing of the image data and again for the writing of the metadata. Ideally I want to somehow link these two outputs to be 'run as one' or 'run after each other but during the same process/work-item'. I don't know if this is what partitioning is supposed to do? Basically grouping work items together that are supposed to run together. -- Similar to how the frames of a simulation are run as a batch. I would like the work items for each tile to run together.

I do like that the json exporting functionality would be wrapped into its own rop as that seems clean and also creates work items for each json file.

*) What does not work:
I tried using the pythonscript top. But because this is updating 'in-process' it will update the tops work-item, but it will not actually update the geometry in the scene and therefore it would write the metadata for whichever work-item was last selected. The metadata currently contains the min/max values of the custom mask - this is done using a sop attribpromote, which requires the geometry to be correctly updated.

I would almost be tempted to make a new 'python script geo' top hda that wraps a rop net with a shell rop that grabs the callback definition from a string panel. This seems a bit much and this is also when I am thinking there must be an easier/better way to have the existing pythonscript top correctly update the geometry that is triggered or sampled. Perhaps I should try to force a dirty & cook on a portion of my sop network so the data gets updated?

Any suggestions or advice as to what is the best way forward would be greatly appreciated.

The main two questions are:
1) How can I trigger the work-items from two different tops so they run during the same process? (partitions?)
2) How can/should I use the pythonscript top so it updates the geometry correctly so I can pull the metadata from the geo correctly.