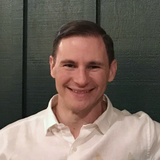 I'm creating a reusable setup for animated texture rendering. I have a camera that's inside an object network that's buried a few levels under the parent SOP. While I can render to the camera just fine, it's not showing up in the scene view menu so I can look through it (see attached, “spoke camera” is another camera in the scene, I'm trying to look through “cam” as seen in the network viewer). Has anyone had this issue? Can I force “look through” on the camera some other way? Thank you,

I believe if you have pasted the code into the material itself, it will show up slightly broken with disconnected wires. However the same code cut/pasted into a material function will show up as expected with nodes fully connected. Then, call the function in the material. Hopefully that works for you.

I'm having trouble with copying and pasting the shader code as well. Several node are not even connected in the graph (most notably Time and all of the texture sample nodes) and it will not compile after making all of the required connections.

This is for a Fluid setup.
VIEW ALL POSTS