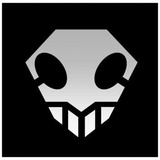 Though, I have to say, this page is the only reason I even know how to manipulate the channels to induce the blend shape to begin with. Nobody would ever figure that out on their own as there is nothing intuitive or terribly helpful at the SOP level for doing this at all. Crowds has mostly old information online, which makes it rather challenging, but this is some of the least documented functionality I've ever seen added to Houdini.

Don't get me wrong, it's amazing how fast it works. But most of it is obfuscated or hidden or difficult to manipulate, either due to being black boxed with few options, or inside a packed object.


EDIT: without being able to get x.391 to work in our pipeline I got the executable up and running and loaded one of the FBX files I'm using from the Animation department export. I was able to quickly determine that it's indeed the post x.360 change to the Agent Layer SOP that allows the incoming blendshapes to work. In the latest version, specifying “blendshape+linearskinning” for the new Shape Deformer parameter did the trick. Now I just have to wait for the studiowide re-image to go out to get back to work in this area. Thanks!

Okay, well then it does appear to be broken in this version. Because what you're describing is exactly what I see, up to the point of the Agent Layer SOP.

Unfortunately, the version I'm using is out of my hands. We will be upgrading our image and moving to the latest stable production build prior. I'll see if I can try it on my own with an updated version on a personal machine.

I don't see a way to specify this in the Agent Layer SOP. Are you talking about the Blend Shapes SOP? Okay, well what if I'm reading the FBX off disk? The only reason I'm even using the character rig option, importing the FBX is because I have to clean up all the meshes by hand, getting rid of the bogus @Cd and @Alpha information that I have no other way of cleaning up once they're in Agent form.

I do see that I can still invoke a blend shape if I use what's essentially the default, “catch all” Layer that has all the meshes on top of each other, but it's only after I specify a new Layer, created with the Agent Layer SOP and Layer Bindings, these new layers fail to deform. I can connect my wrangle before and after, change nothing else. Works fine before Agent Layer (but the result is useless because I have lots of overlapping meshes), doesn't work after.

Here's where it's confusing, because if I unpack the agent (prior to Agent Layer SOP) I see my meshes, and the blend shape meshes appear as attributes and channels, not as individual meshes. In the Agent Layer SOP, each of the blend shapes shows up the same as if it was an ordinary shape (in the case of reading from a Character Rig, so do bones, which is really unhelpful and oddly different than if I'd read the FBX from disc). Do I need to create an additional binding for the potentially hundreds of blend shapes? That doesn't seem right, and I anticipate then having an unmanageable Layers list.

There's definitely something missing here. This is FX 18.0.348
VIEW ALL POSTS