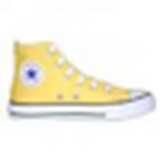 edward
It would be helpful to send these files into support for benchmarking internally regardless.

will do… and done.

Malcolm Zaloon
Anyway, Houdini is fantastic, and very flexible…(light years from any other) but with some optimizations on normals/polys/viewport will be even more fantastic.

Issues like the ridiculous speed difference are among the reasons I hear cited most frequently when explaining a preference for a dominant competitor over houdini. I would love to see houdini become the go-to 3D app for everything, not just simulations.

twod
Houdini has never been good at dealing with playback of thousands of discrete objects (bones, in this case), though it has improved slightly in the last few years. We do have plans to address this in a future release.

according to the performance monitor, ~64% of the time used is for the viewport, ~26% is unaccounted, and ~9% to cook the nodes

I was already aware that houdini was slower, but 15x slower is pretty extreme.
Which future release is this planned for? and how much of this gap do you think will be closed at that time?
VIEW ALL POSTS