Many thanks to all of the artists that joined us for Houdini HIVE at SIGGRAPH Asia 2019. These talks show how Houdini has been used to create a variety of different projects and offer great insight into the creation of quality computer graphics. 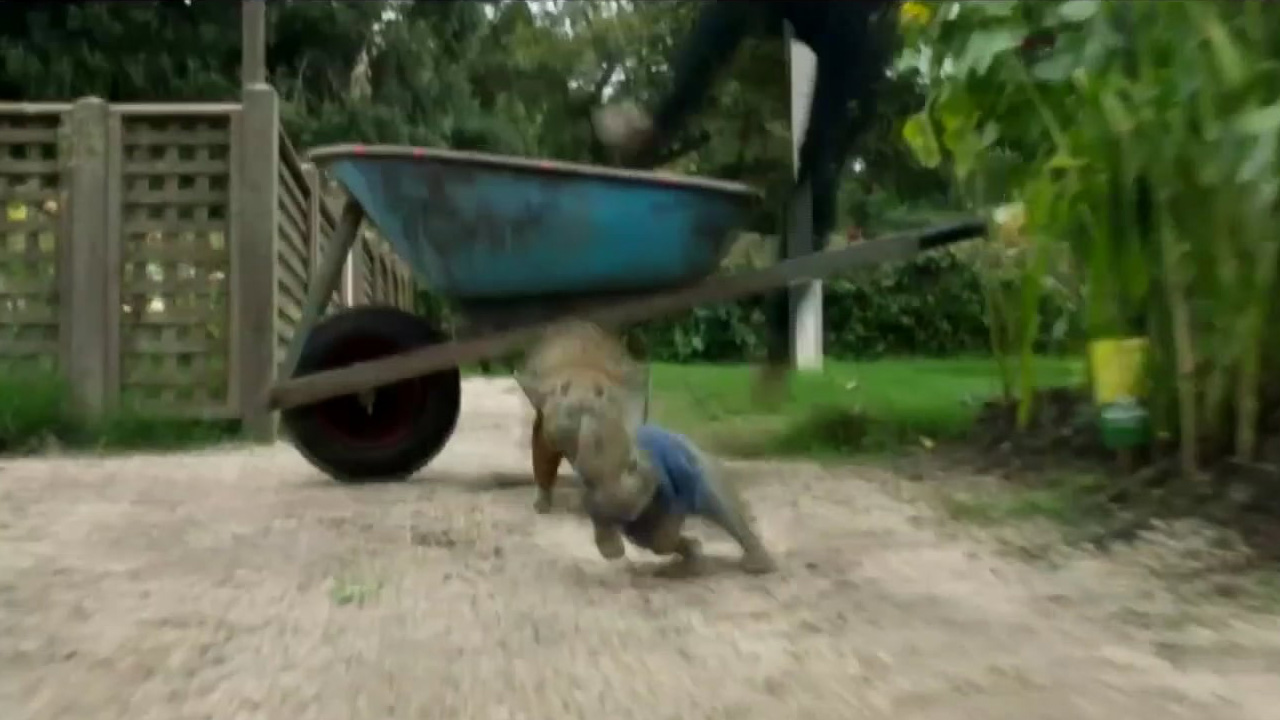 Hear insights on how Animal Logic builds and automates their Character FX pipeline. When production began on Peter Rabbit in 2017, Animal Logic had the unique opportunity to build their Character FX cloth and fur toolset from scratch. Faced with many technical and artistic challenges, the team had to think outside the box to ensure the toolset was completed efficiently and on time. 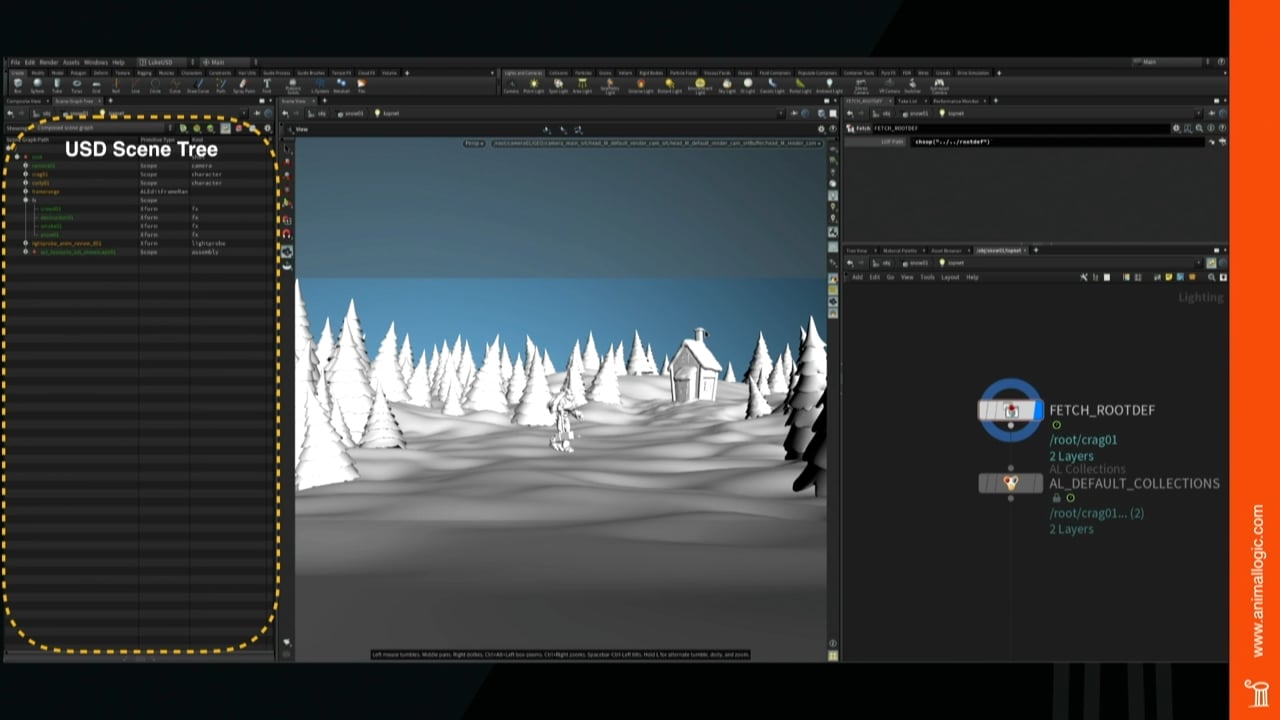 A retrospective look at the challenges and advantages of using the Solaris Lookdev, Layout and Lighting tools on a full-feature production at Animal Logic. After migrating to a full USD pipeline at Animal Logic, the FX department had to create a feature-rich set of tools, which allowed them to import and deliver FX and character FX through USD. To do this they developed a workflow in Houdini's Solaris. Join Luke for an in-depth look at the how's, why's, challenges and BIG advantages associated with building a new suite of tools in Solaris - and how this fitted into their production pipeline. 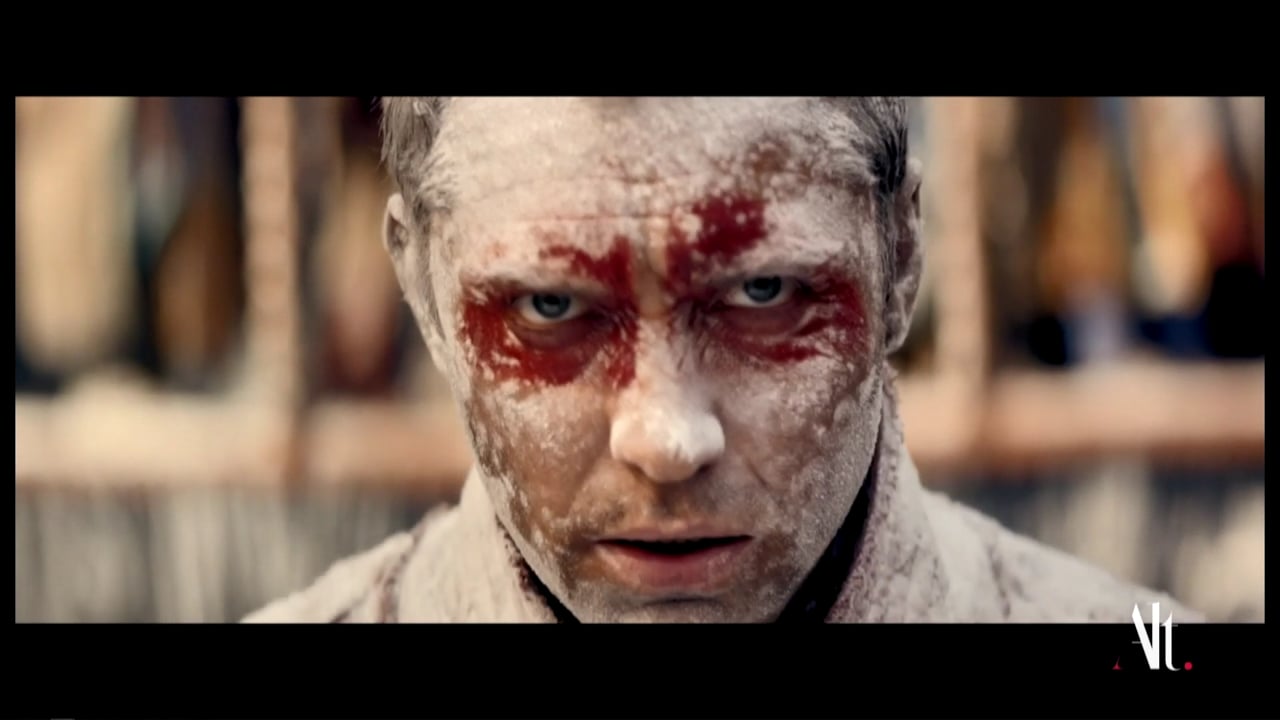 Punching Above Your Weight

Alt VFX's Nick Angus covers transitioning a studio's pipeline to Houdini-centric. Alt started with 6 people and a couple of freelance artists. They burst out of the gate with an amazing commercial, then reality sunk in that they were limited by "off the shelf" tools, and when new jobs came along that had a huge variety of needs, they realized they needed to become far more innovative - and started to look at Houdini. 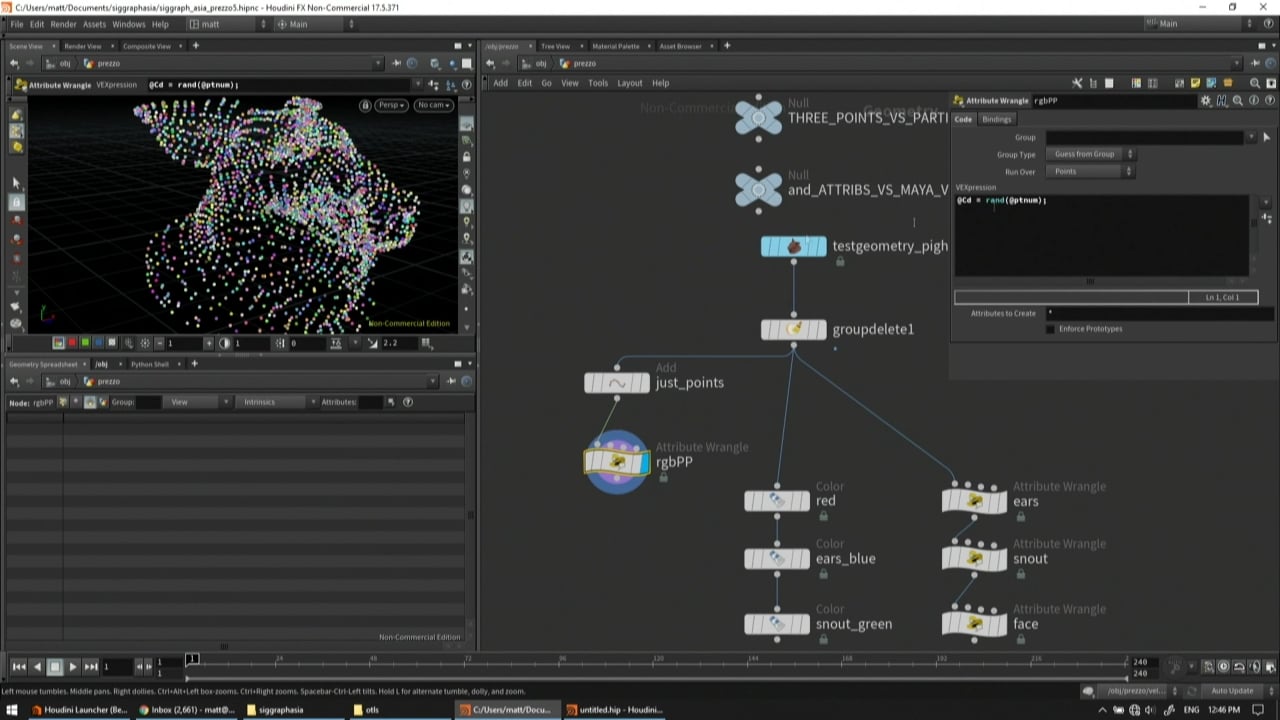 Houdini: You're learning it wrong
(no really this time)

In Part 2 (no really this time) of the 'Houdini: You're learning it wrong' series, Matt covers the technical pitfalls, workflow and incorrect assumptions people make when jumping from another package to Houdini. 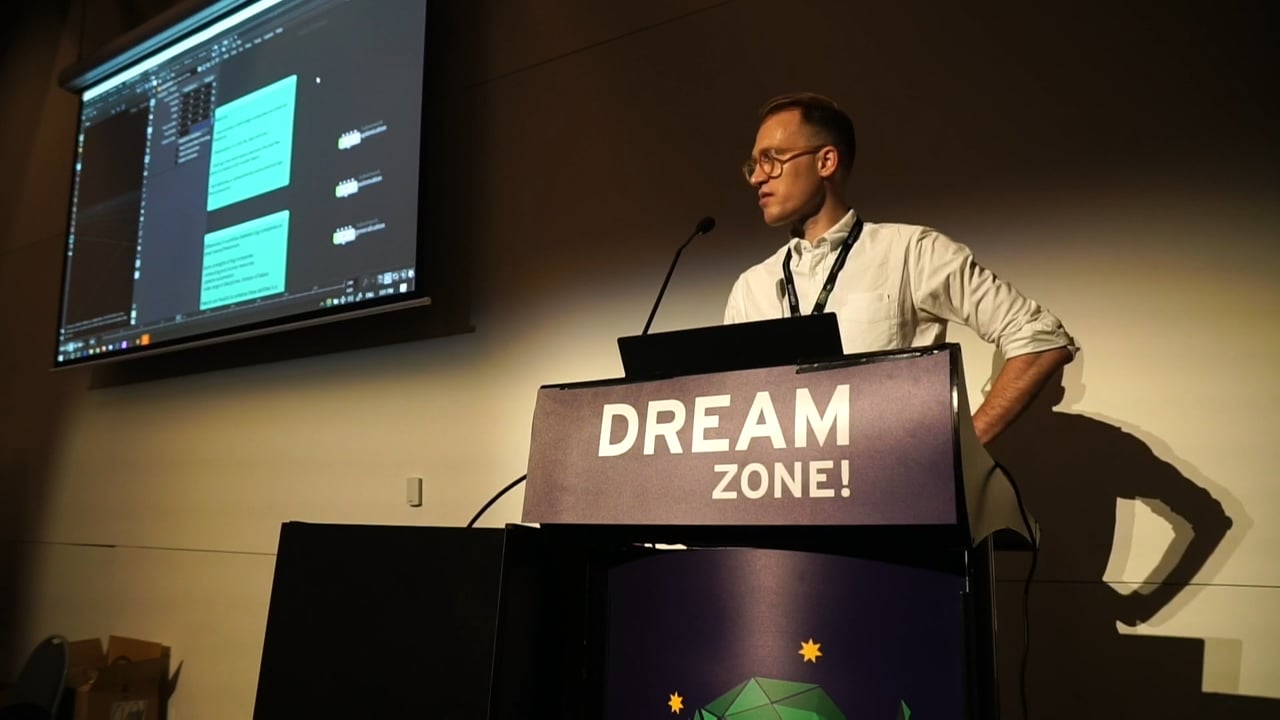 You don't always have the resources of a big team and budget, but with the right techniques Houdini can help you do more with less. Matt shows some tips and tricks used while working in production, to help manage a larger scope as a small team or freelancer. 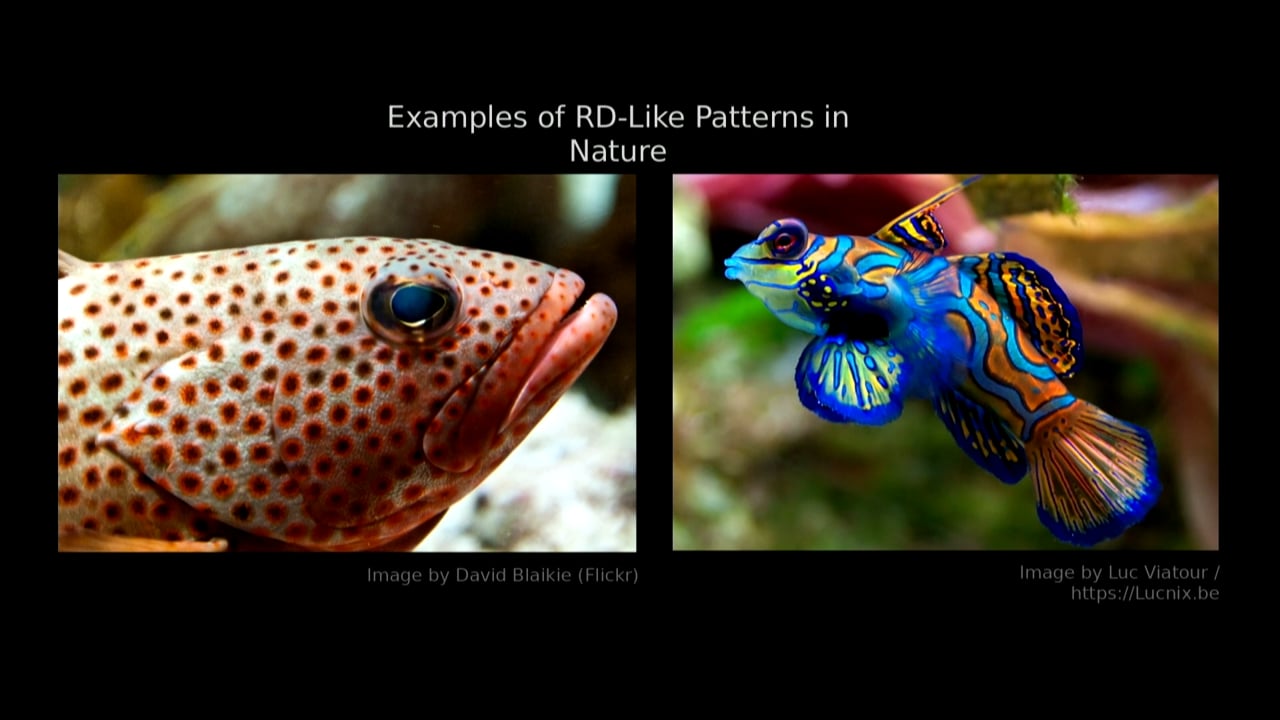 Fun with Reaction-Diffusion in Houdini

Reaction-Diffusion is a fascinating type of simulation in which the the concentrations of multiple diffusing chemical species in a reaction is simulated spatially, for example on a pixel or voxel array. It also can be made to work on poly-meshes and poly-wires over edge-connectivity, or even just on points in space. The values representing the chemicals are then updated according to one of many different formulae that each have their own different kinds of dynamics. Dan's work has focused on a formula called 'Gray-Scott', which he extended in several ways and discovered some very interesting things. He also wrote an experimental formula based on a tweaked classical 2D 'Orbits' fractal step - which led to many interesting results! 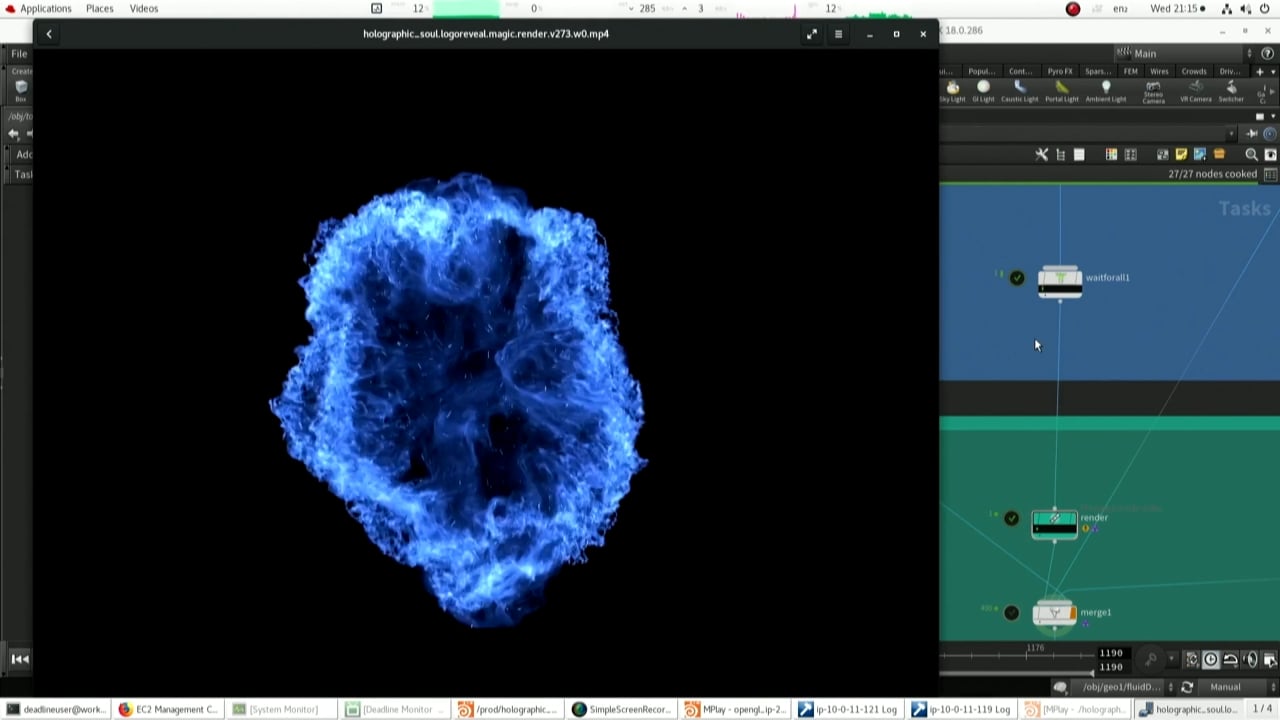 Open Firehawk is an initiative by Andrew Graham to automate direct access to cloud infrastructure at lower cost and with more control than prior solutions were able to offer. It also seeks to resolve issues of vendor lock in – it is open source, community focused and seeks to provide as much render power to artists as efficiently possible. Particularly for the Houdini user, it approaches heavy VFX scenarios by leveraging SideFX PDG to handle dependencies across multiple locations and avoids transport of heavy data unless necessary. 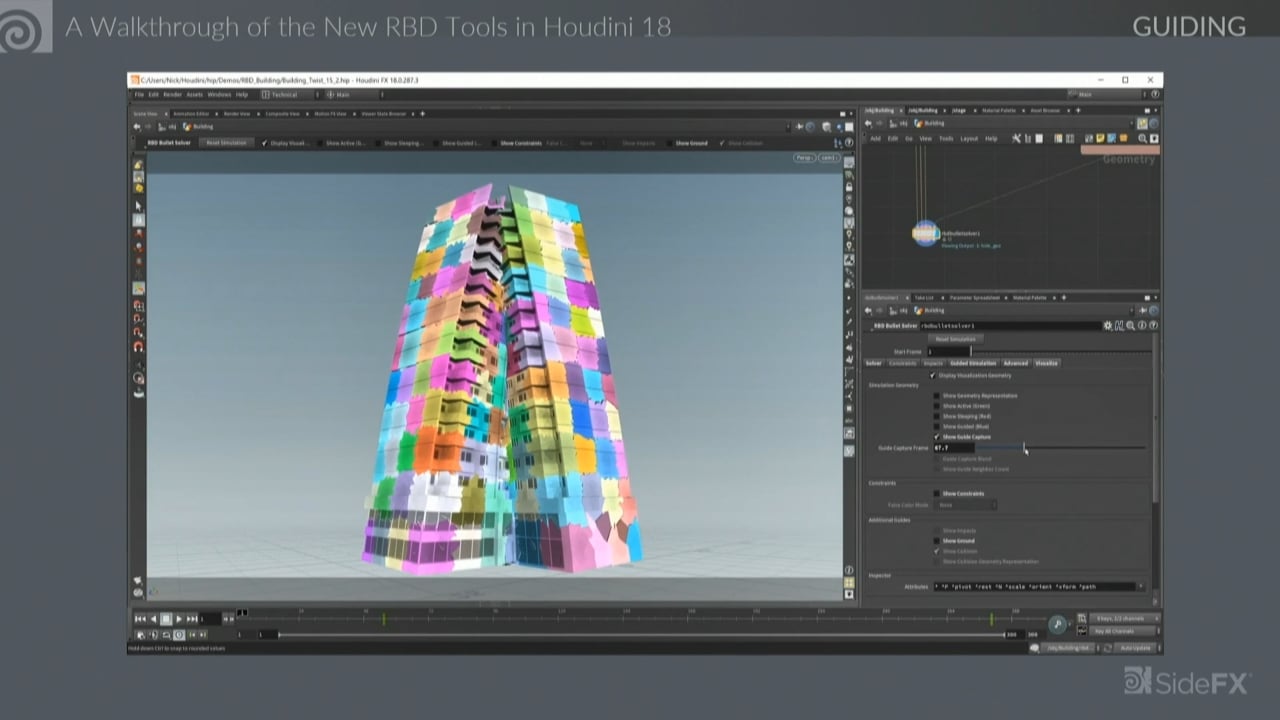 Houdini 18 introduces a number of new RBD workflow tools to enhance and simplify the creation of Bullet simulations from within SOPs. Nick walks through the new tools using practical (and some less practical!) examples.