Everyone who has submitted entries for all 31 challenges should fill out the Iron Heart contact sheet and post it to this forum by April 2, 2021 at Midnight EST.

All entries should also be in their respective forum so we can see the full artwork/animation. 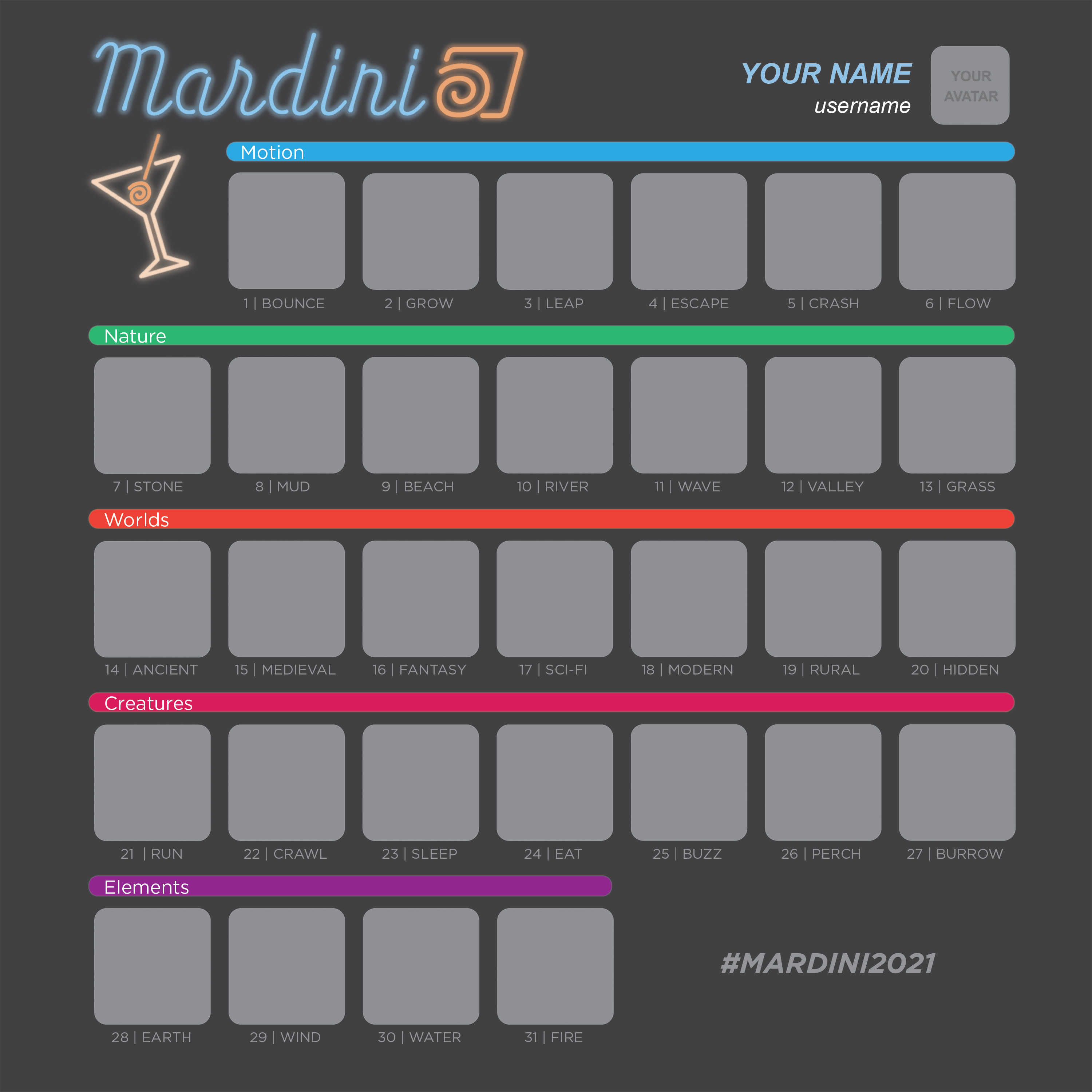 This forum will locked at midnight April 2nd therefore it is important that you get this submitted as soon as possible.
Edited by rmagee - March 31, 2021 13:07:58
Robert Magee
Senior Product Marketing Manager
SideFX
Report

Thank you all for this, it was hard work for everyone and I enjoyed be part of it and look at all that amazing work you guys did, for some of them I don't even know what I don't know to know how to do something like that

Here is link to all entries on YouTube
link [www.youtube.com]
or Instagram instagram.com/cg.destroyer.art
or Twitter with little bit of informations or additions screenshots here and there
twitter.com/dariuszlacheta
Edited by Destroyer - March 31, 2021 13:48:16

Thanks again to the organisers, I learnt a lot through this month's challenge. It was also an inspiration seeing other entries.

Mardini was so hard and made me have a fun.
Congrats every iron hearts!
Thank you SideFX team!

I can't beleave I maneged to get through all 31 days, it's been so fun and congratulations to all the winners!

This was super challenging and really got me to try things I was uncomfortable with. I had a lot of fun and lost a lot of sleep. There was a lot of inspiring work that people were putting out this month and I'm happy to see such a growing Houdini user community. See ya next time!

Here is a link to a playlist of all my entries as well:
Mardini 2021 Playlist [youtube.com]

Congrats to everyone, to the winners, other ironhearts, everyone who just tried for a little! It was so much fun. I had my constraints set, aside from the daily prompts, made my life a bit more harder - it had to involve Absinthe Gummy Rabbits, it is a joke from a show I am currently working on. And also it had to have an original soundtrack, the four bar loop, I wrote that day. A lot of insane electronic music ideas, working after hours, instead of real work sometimes, looking with envy other entries and learning tons of new stuff. Discovering Houdini was so important part of my artistic growth, so kudos to Sidefx team for such an amazing engineering, imagination, dedication and inspiration. Also kudos to all the artists out there, scientists and generally creatives who are pushing the boundaries of the computer graphics and human imagination.
Edited by Drasko Ivezic - March 31, 2021 17:23:05

This was awesome! Thank you and well done everyone!

Thank you all guys! It was hard sometimes with long renders and work deadlines but always fun!
You guys are great!

Big effort, since I didn't have as much experience, in case of many tools was using them the absolute first time. Some prompts were very tricky and had to go creative at tackling them (especially on my lazy days).

But hey, I'm fairly happy with the stuff I ultimately came up with and looking back on the stuff I've beeen seeing from others posting, gotta say now these entries feel rather more encouraging to beef up on this amazing toolset that Houdini is (rather than discouraging, as many entries were just simply so good : )

Rendered with Renderman.. oh wait, do I have to say this here as well?

Thanks everyone! It was a BLAST!!Everyone made awesome entries, it was a joyride!

It was fun guys! I didn't plan on spending so much time on Mardini over the last month when I learned about it on March 4th but I am so glad I did!

Learned a ton and realized I still have tons to learn.
And you all have such wonderful art it was a pleasure looking forward to each days entrys

Was a nice ride and cool to use different tools which are not usually in my dailiy toolkit but sometimes hard to find the strength and motivation after a long work day.
But it was a nice experience getting something out everyday and not iterating to long on the same things (eventho a lot of my entries could need some more iterations).

This is it! Sometimes it was hard to keep up, but i learned something and it was fun!

I had a great time taking on this challenge. It was worthwhile to learn so many new strategies in Houdini, amidst balancing this with work and classes. Many thanks to the SideFX team for the opportunity and I look forward to continuing on my journey through Houdini.

In addition to the contact sheet, here's a link showcasing all of my entries for the challenge: Mardini 2021 Showcase [vimeo.com]

Oh my god we did it!!! I can't believe I made it all the way through. Congratulations everyone who participated and a massive THANK YOU to SideFX for organizing this. I've never been more creative during my 15+ years of VFX. Also never been this tired to be honest