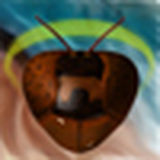 I have a really stupid small question: is there a tool in Houdini equivalent to the tweak tool in SI? I've looked a lot and failed to find it.

I'm a professor learning to model anatomy for course materials, and just this past week had started to learn ICE with the hope that I could start doing things like animate biological processes. I started with Softimage after using trials of it, Maya, 3DSMax, Lightwave, Modo, and I think Cinema 4D. I chose Softimage for ease of use, well-roundedness, and what was the most intuitive of interfaces for me personally.

halfdan
While Houdini is often regarded as a pure TD and VFX tool, we're always looking for ways to make it more artist friendly, and expand its usage beyond its traditional VFX roots.

This is why I didn't continue with Houdini. Out of the several packages I tried out, Houdini seemed particularly specialized and I had a lot of trouble with the modeling tools. Additionally, the lack of available training materials compared to other packages made it simply easier to get over the first bump of the learning curve with other software. (At Digital Tutors there are more than 5 times as many lessons on Softimage and 3DSMax, and 20 times as many on Maya, compared to Houdini, for example.)

If you improved those two things, I think you could expand your market share. Most if not all of the professionals that I talked to in exploring software options started on something other than Houdini and only moved to because a job required it (although it was encouraging to hear their opinions after the move). In general, people tend to stick with what they know and can work with efficiently, so if you make it easier for the novice to get started, you'll hook more people and keep them around.

I'm back to looking at Houdini because I'm sure it will allow me to do the things that I'd like to eventually do, but also partly in reaction to Autodesk- I'm not happy with them killing Softimage, while I think it would be easier for me to move to Maya I feel Sidefx would be more dependable in the future. I don't see any reason to ask my department for money to spend on a product if the company isn't committed to it.

As far as this forum goes, it might be helpful to group threads on Softimage–>Houdini conversion based on area into subforums- like one for modeling, one for dynamics, one for rendering, etc.

circusmonkey
Phong, Blinn, Lambert are specular shading models. So for instance if you drag a basic surface from the material lib into a shop .Then select the specular tab of the material under specular type you will see a drop down list

Thanks so much!
VIEW ALL POSTS