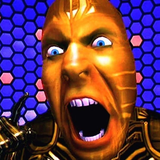 HorrorVac
Why aren't you already using blender ? It seems logical that if Blender has exponential growth and will swallow all the artists in the upcoming years, it would make sense for you to use Blender in the longterm, no ?

With your longtime experience in the industry and your skills in programming you could contribute to Blender and possibly make better tools than Houdini has to offer.

I prefer Houdini's UI and workflow and for me this is the most important thing.
Houdini has better modeling tool for me. I prefer to start most models with Splines, Nurbs and Bezier meshes, then convert them to poly for further details and fusion. Blender feels more like a low-poly videogame modeler.

Also the UI color theme I made for Houdini is the best I have ever seen (for my own taste), it took me 16 hours to make it. And I intend on making a youtube torial about it because no one ever did a real them, only modification of 1 o 2 colors. As soon as the screen recording software start working again on the latest Ubunut update (they all stopped working). Blender does not have any color theme as beautiful as my Houdini theme (again for my own taste).

Houdini's sculpting and paint tool are enough for me.

I want Houdini to live long and prosper. I am everywhere on the internet, so I know what people want in Houdini. I am fighting for the younger generation here. So maybe asking for features here is useless because you are all already on Houdini. The important thing is young people and the artist that are eying Houdini, but don't do the jump because it is lacking basic stuff here and there.

I think I have more to contribute to Houdini than Blender. There are no useful Houdini tutorial in my opinion for beginners. Only procedural bragging and abstract stuff. I will make a tutorial for people who have never used a 3D software before and give a more generalist approach : model a simple subdivision model (a real model, not just a shape), do the UV mapping with STRAIGHTEN (this super important feature has never been explained with Houdini that is why all Houdini UV tutorials have ugly UV's), some shader creation (texture + displacement), some of my special trick to weather models (spherical uv projection over the whole model), lighting, camera and some simple keyframe animation then render. It would give a good start because with only that, the person could understand the basis of doing 3D CG animation. Because I have a talent to make complex stuff simple and teach it, I could be more useful for Houdini's beginners.

WOW! Mind bending design.
You sire are in control of your art.
VIEW ALL POSTS