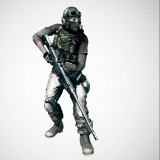 I would like to know if it's possible and how transferts animation datas (vertex position) from an alembic cache to, exemple, a houdini primitive characters with fur and co or alembic static pose character with fur and co

I think it's possible cause in one of our rendering engine (guerilla render), we can tranfert vertex position from alembic to guerilla cache or to alembic static pose. I also viewed a video about alembic layer that you can give alembic animated datas to a static alembic object. This process is to test a worflow pipeline with import primitive (packed one with fur and co) in static pose and copy animation datas from maya to houdini primitive.

You can only get the QT4 version of Houdini if you specifically select that type of Houdini build when downloading.

Oki, thank you for your answer, Download the last right now

I'm a new Houdini user and use Redshift Render. In the last Redshift build, you can use dockable RS viewport but can't found Houdini indie QT5 (QT4 yes of course).

Could you give me the download link please ? I saw on the Redshift forum an indie version working with this dockable RS view (version 16.5.330 : https://www.redshift3d.com/?ACT=61&fid=36&aid=22636_TGFY7uVzGfE2EeRgRzqL&board_id=1).