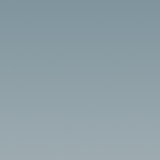 UPDATE:
Mine cumbersome method was faster. Too bad because your method is much more logical and clean node-wise. Thanks a lot for your input.

Hopefully somebody will come with a magical VEX fix or crack of the Bone Capture type attribute.

Since of 19.5 we only have one build now.
I want to do some testing. Right now I have only the Silicon version of the same build installed. Will it be overwritten if I install the other build? If yes, is there a way to run both?
Thanks!

EDIT: Also; how to see if a installed build is a Silicon build?

Yes that is also possible. I thought it would be kind of hard because it involves a detail attribute, but indeed you can do that in a foreach loop like you do.

I was also wondering if you could do it in VEX with the packed capture attributes somehow. It seems like a custom type of attribute, I wonder if we could make one ourselves (or modify the strings directly, without the detail attribute).

Anyhow, I will test out your method the coming week.
VIEW ALL POSTS