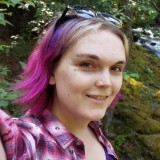 We're having the same problem. I don't suppose you figured out what was missing? It's collapsing all our materials into the one generic one on Unreal-side.

EDIT: Wait, we used the QuickMaterials SOP, but we have to revert it with the reset to previous form button at the top. NOW it works. Why did they change it to a broken form? Heh.

I haven't done a full test of functionality (and I'm going to toggle back to PC the second I'm done producing this build), but it seems the fix is HEU_Defines.cs, ln 321:

Needs to instead be:

… though now I'm wondering if this has to do with using Houdini engine runtime, presuming that's even an option. I haven't looked into it. The above fix allows it to compile, and should work fine if I only interact with Houdini in-editor, but would presumably break something if you do indeed support runtime interactions with the library.

Anywho! That's what got me going again in the trivial case, anyways.

Ok, in the Assemble SOP node, she turned off Create Packed Geometry, and now… it works in Unity / Unity Engine perfectly? On both our machines?

So this thread may have morphed into a bug report? Hopefully the HDAs help someone figure out what we saw, and if it's a glitch in Houdini Engine or not. See attached for the final adjusted version, everything re-enabled, that appears to work fine.
VIEW ALL POSTS