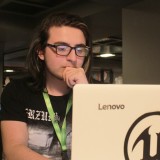 osong
Rob, please let everyone else know as well, not just nichstkanndev hehe

Yup, will do! We're still working on the build. We ran into a couple of snags with Steam on macOS arm64 that we are trying to resolve.

Although, I am already switched back to Windows from Apple's annoying constraints that do not properly let me work on anything.

Great to hear that you are working on a port and looking forward to seeing what's next!

Ah, that would do it. We currently only have the Intel Mac Houdini build available via Steam. We would need to additionally post the Apple Silicon Mac Houdini build to Steam. I'll have to check with our Steam build developer here to see how that can be done.

In the meantime, I wonder if you could just install the Apple Silicon build of Houdini onto your system and then point the Unity plugin to that build instead of the Houdini Steam build? You're not directly running Houdini and maybe the system is clever enough to use the Steam Houdini Indie license.

Merry Xmas, I can't run Houdini License Server on my Mac, it is such a pain. I can and will wait for what could be done for Steam Silicon build. This is already annoying but it can't be helped. Thanks!