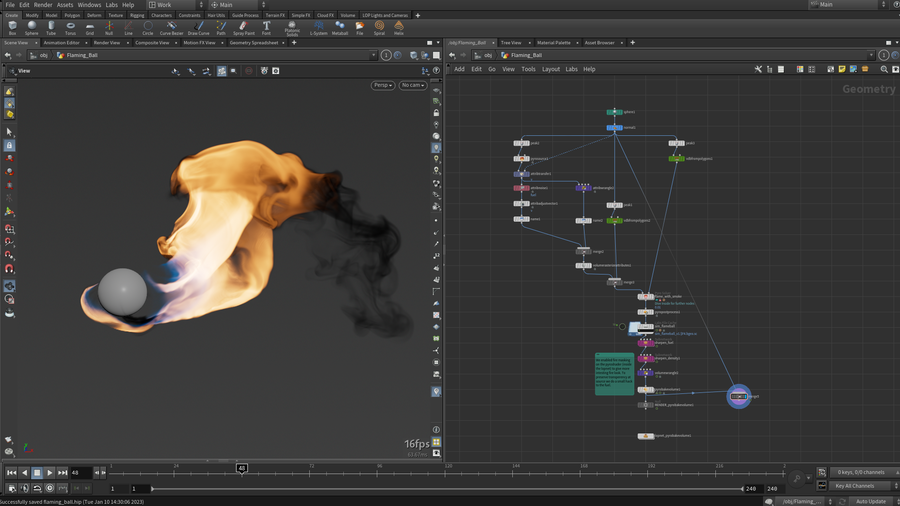 Preview of the viewport, and the SOP setup 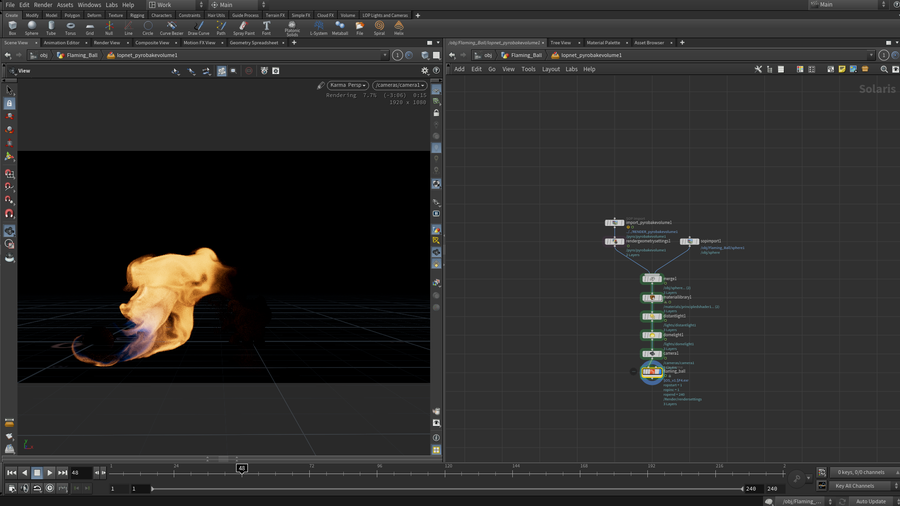 Preview of the LOP network rendering the flame 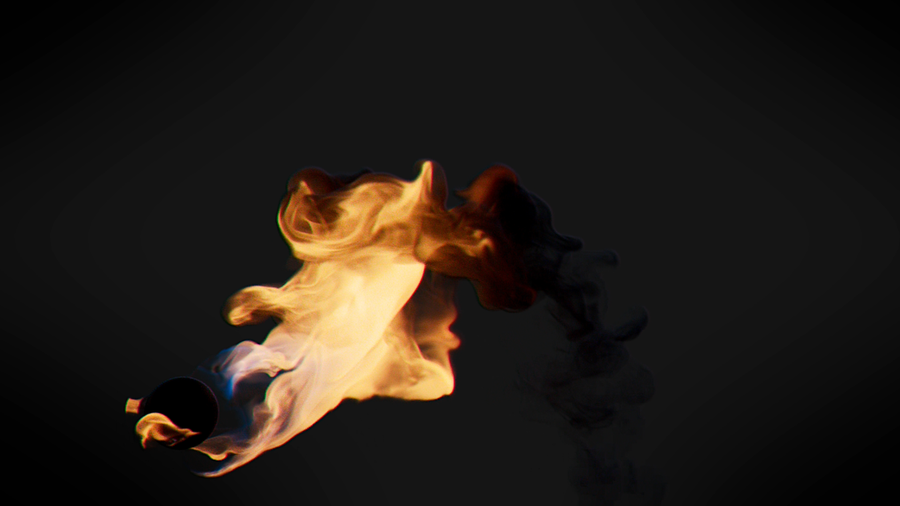 Preview of a final composited render 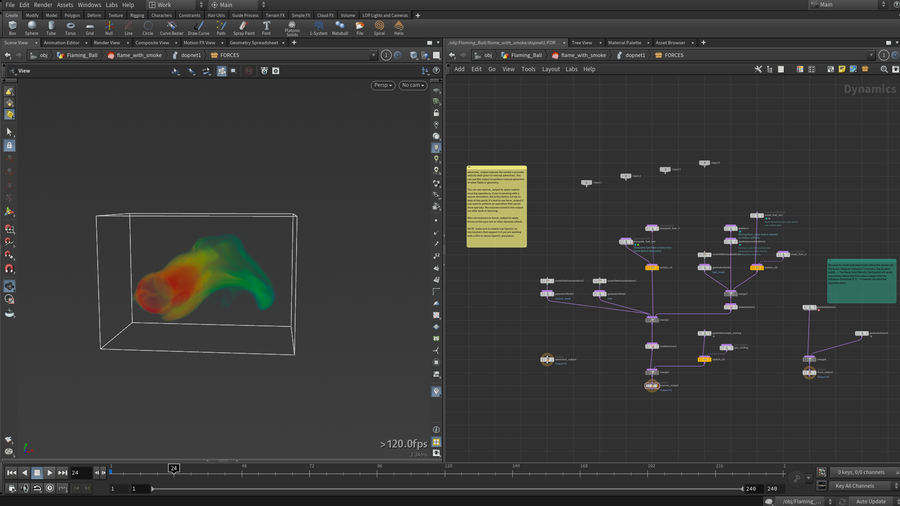 This project is the third of a series on improving the look of smaller scale fire simulations, that is based on the 2022 Siggraph Presentation, Sexy Fires Will Not Burn Your Hands.

The file demonstrates the usage of the Flame with Smoke applied on a static torch (represented by a ball). The aim of this setup however is rather experimental since it tries to achieve developing flames on the wind side of the torch which are able to swirl around the object; something that is not widely considered for touch fire simulations.

Attila Torok is a London based FX TD working for SideFX. He has started out as a SideFX internship student after which he worked for Double Negative on projects like The Hunger Games: Catching Fire, Godzilla. Before coming back to SideFX he spent 4 years at ILM, where next to a list of movies like Doctor Strange, Avengers: Infinity War, Ready Player One, Star Wars: The Rise of Skywalker, he was building and maintaining tools for particle simulations, deformable and tearable rigid body simulations and for pyro used throughout the company.