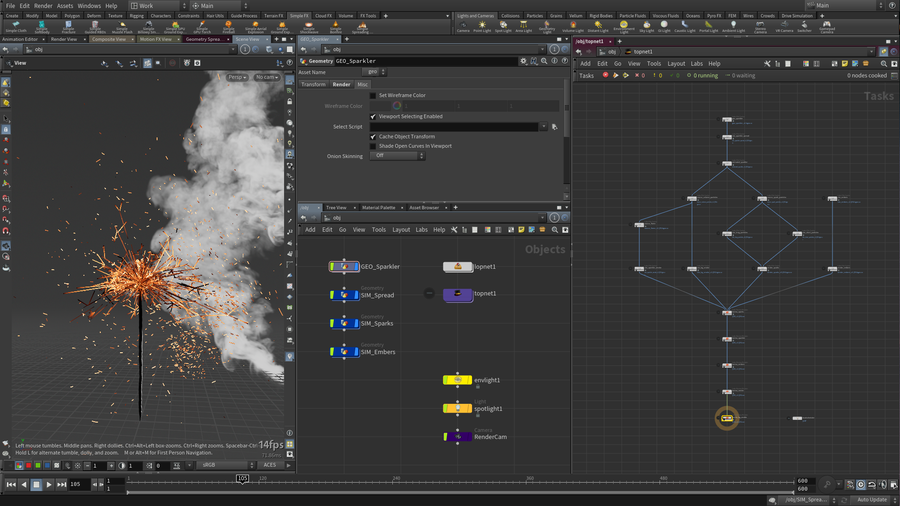 Preview of the viewport, object level nodes and top network to run the shot 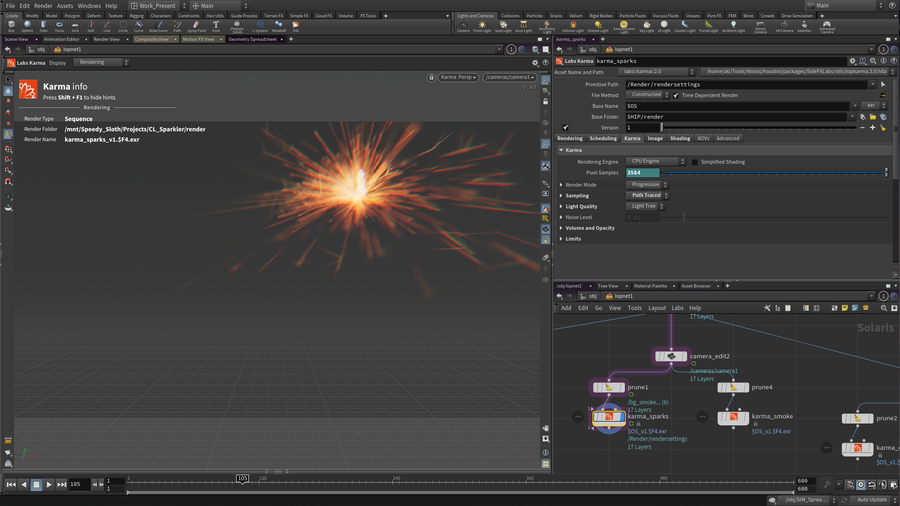 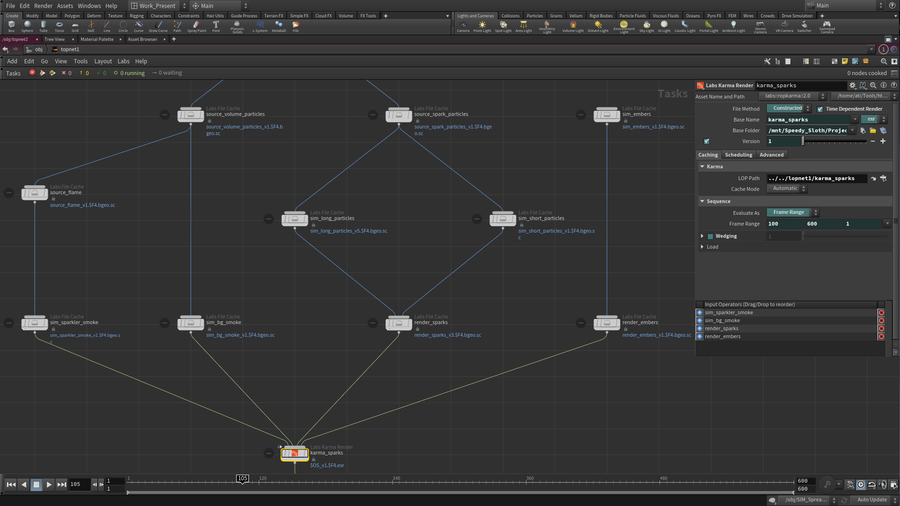 Preview of the topnet to run the entire shot at once 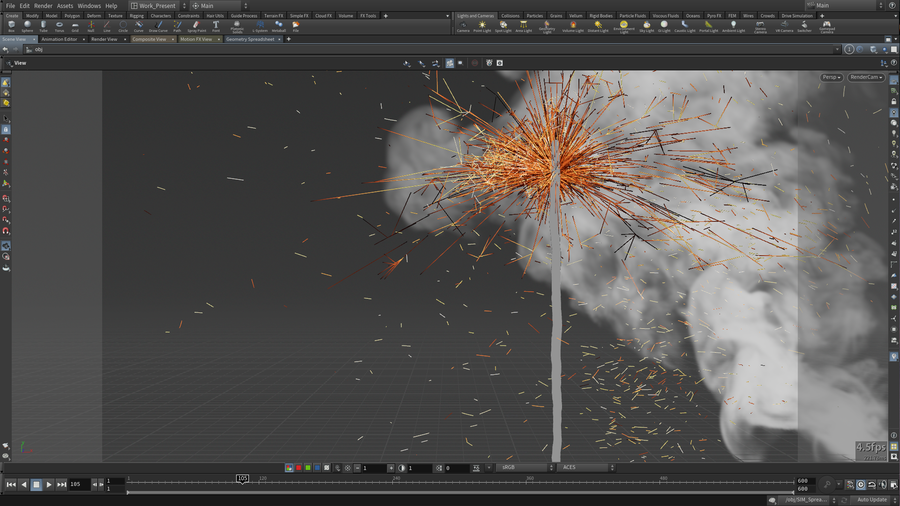 This Scene file showcases how to create the sparkler video and splash screen image used to launch Houdini 19. The file contains the lopnet used for rendering, as well as a topnet to generate the entire shot at once. This is necessary as the shot is built up of many caching steps needed to be generated in the right order. To do that, jump into the topnet1 network and cook the karma_sparks top node.

NOTE: The scene file requires the latest Sidefx Labs version to be installed, as it uses Labs version of the File Cache and Karma lop nodes, as well as the ACES OCIO config.

Attila Torok is a London based FX TD working for SideFX. He has started out as a SideFX internship student after which he worked for Double Negative on projects like The Hunger Games: Catching Fire, Godzilla. Before coming back to SideFX he spent 4 years at ILM, where next to a list of movies like Doctor Strange, Avengers: Infinity War, Ready Player One, Star Wars: The Rise of Skywalker, he was building and maintaining tools for particle simulations, deformable and tearable rigid body simulations and for pyro used throughout the company.